THE 2023 ELECTIONS: THE CHOICE BEFORE NIGERIANS 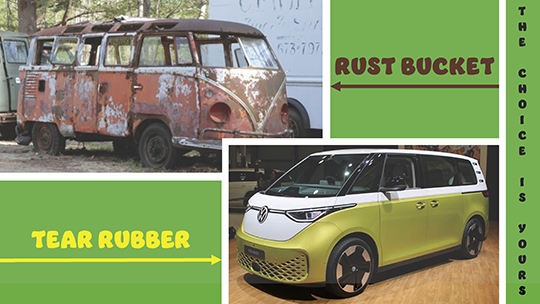 By Akin Ojumu
At a certain point, we Nigerians must choose what’s most important to us. We must determine whether we are sick and tired of being sick and tired.
In the 2023 elections, Nigerians must decide between:
1.    Citizenship that is defined by a broad national identity or citizenship limited to narrow ethnic/tribal identity
2.    Astute and informed citizenry or aloof and ignorant citizenship
3.    Government that celebrates its citizens or government that pillages its people
4.    Citizens that exercise their civic duty or citizens that outsource their civic responsibility
5.    Electing virile political class brimming with fresh and innovate ideas or electing senile political class peddling stale bill of goods
6.   Leaders that provide service to the least of these or leaders that force the people into subservience to the powers that be
7.    Electing leaders that are accountable to the electing citizenry or electing leaders answerable only to the entitled godfathers
8.    Leadership by free and fair election or leadership by corrupt and rigged selection
9.    National growth and development or stomach infrastructure enrichment
10. Using national wealth in the service of national welfare or diverting national wealth for personal use
11. Selling our votes to the highest bidder or cast our votes based solely on a clear conscience
12. Becoming citizens who elect leaders based on their vision and past record or citizens casting their vote based on the command and coercion of the godfather
13. Submitting to our yearning for true change in our nation or succumb to the gaslighting of unscrupulous politicians who sell our heritage for chicken change
14. Getting rid of the pilfering and profligate ruling class or allowing ourselves to be taken for a ride yet again by the ruining crass
15. Letting the ruling class know that we’ve had enough of their carnage and damage to our country or sending them a message that we’ve chosen to continue to wallow in our miserable existence
The choice we make in the 2023 elections will either make or mar our future as a people. The decisions we make before we enter that voting booth will seal our fate as a nation. Our survival depends on what we do inside that polling booth on election day. Our destiny is in our hands. It’s up to us to determine the kind of future we want for our children.
As you lay your bed, so you will lie on it. Toute nation a le gouvernement qu'elle mérite. Every nation gets the government it deserves. Set before us today is life and prosperity, death and destruction. Now, I’m appealing to you to choose life, so that we and our children may live.
Choose wisely! Vote with Prudence!