Showing posts from August, 2019
Show all

ENGAGING A GAY WORLD: WHAT WOULD JESUS DO? 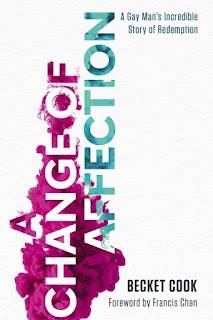 By Beckett Cook - from "A Change of Affection" What is the best way, as a Christian, to engage with a gay friend or family member? Well, it’s not easy. But as someone who’s been on both sides of this issue, my perspective is fairly unique.   On Sunday, September 20, 2009, I walked into an evangelical church in Hollywood called Reality LA as a self-proclaimed atheist and a gay man; two hours later I walked out a born-again Christian who no longer identified as gay. The power of the gospel utterly transformed me during that service. I now live as a single, celibate man. I am happy to deny myself and take up my cross and follow Jesus, because He’s infinitely worth it!   Let’s start by asking the obvious question: What would Jesus do with regards to those in the LGBT community? Would He distance himself from them? Would He refuse to interact with them? Would He look at them as a lost cause and move on? Would He protest gay pride parades? Would He hold up signs with condemnin
Post a Comment
Read more

THE HEART IS A MASK 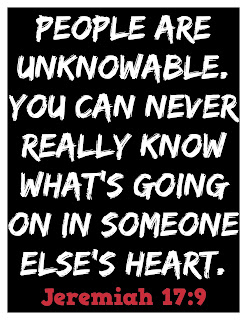