UNCLE TOM IS COMING FOR YOUR CONTRACEPTIVE 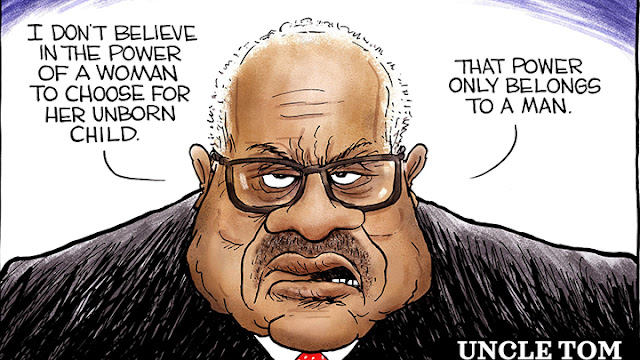 By Akin Ojumu
In a separate but concurring opinion to today’s Roe v. Wade seismic ruling, Uncle Tom wrote:
“In future cases, we should reconsider all of this Court’s substantive due process precedents, including Griswold, Lawrence, and Obergefell.”
For those who don’t know, the Griswold precedent cited by Justice Thomas is the 1965 Griswold v. Connecticut case surrounding the constitutional rights of married couples to have access to contraception within the confines of their marriage. In that particular case, the Supreme Court ruled that married couples do have such a right. Clarence Thomas doesn’t think so.
In Uncle Tom’s opinion, married couples have no constitutional right to contraceptive. Therefore, he is calling on the Supreme Court to revisit the Griswold ruling with the intention of overturning it and make it a crime for married couples to use contraception even within the confines of their marriage.