STANDING WITH UKRAINE AGAINST PUTIN THE RUFFIAN 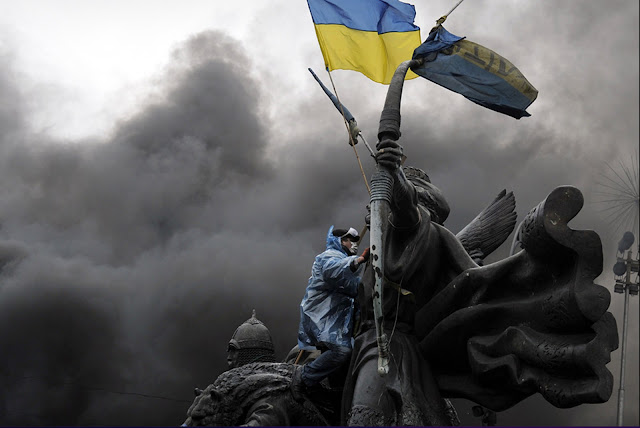 Keir Starmer | Leader, UK Labour Party
In this dark hour, our thoughts, our solidarity and our resolve are with the Ukrainian people. They've been cast into a war not through fault of their own, but because Putin knows that no people will choose to live under his bandit rule unless forced to at the barrel of a gun.
The consequences of Putin's war will be horrendous and tragic for the Ukrainian people, but also for the Russian people who have been plunged into chaos by a violent elite who have stolen their wealth, stolen their chance of democracy, and stolen their future.
And we must prepare ourselves for difficulties here. We will see economic pain as we free Europe from dependence on Russian gas and clean our institutions from money stolen from the Russian people. But the British public have always been willing to make sacrifice. To defend democracy on our continent. And we will again.
Russia's democratic neighbors and every other democracy that lives in the shadow of autocratic power are watching their worst nightmare unfold. All those who believe in democracy over dictatorship, the rule of law over the reign of terror, in freedom, over the jackboot of tyranny must unite and take a stand and ensure Putin fails.
We must make a clean break with the failed approach to handling Putin, which after Georgia, Crimea and Donbas fed his belief that the benefits of aggression outweigh the costs. We must finally show him he is wrong. That means doing all we can to help Ukraine defend herself, urgently reinforcing and reassuring our NATO allies in Eastern Europe. And the hardest possible sanctions must be taken against the Putin regime. It must be isolated, its finances frozen, its ability to function crippled.
And there are changes we must make here in the UK. For too long, our country has been a safe haven for the money that Putin and his fellow bandits stole from the Russian people. It must end now.
And this must be a turning point in our history. We must look back and say that this terrible day was actually when Putin doomed himself to defeat.
He seeks division, so we must stay united. He hopes for inaction, so we must take a stand. He believes that we are too corrupted to do the right thing, so we must prove him wrong. I believe we can, but only if we stand together.