THE PATRON OF PREBENDALISM EYES ASO ROCK (PART I) 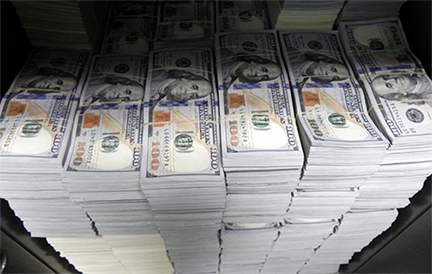 “That Time When a Good Name Was Currency”
By Akin Ojumu
There used to be a time when Nigerians would look at the shenanigans going on in the Banana republics in Africa and around the world and were able to shake their heads, shrug their shoulders, let out an audible sigh, and say, with all the national pride they could muster, “This can never happen in Nigeria.”
Those were the good old days. It was a time when, as a people, Nigerians jealously guarded the soul of their nation, shielding it from the corrosive influence of self-centered tyrants and their self-serving collaborators.
Back then, being an “Omoluabi” in the public square mattered a great deal. Ringing in the ears of every public official was the voice of their parents back in the village telling them, “Ranti omo eni ti iwo nse,” that is, “Remember the child of whom you are.” The petrifying fear of engaging in any activity that would soil the family’s good name was a self-check so strong that it stopped many public servants from falling into the temptation of corruption.
In light of what obtains in the country today, however, that period seemed like centuries ago now. Ever since General Ibrahim Babangida corrupted the moral fabric of the Nigerian society, the country has been careening downhill on the moral slope into the abyss of hedonism. From that time forward, the history of Nigeria can be divided into a pre-Babangida and a post-Babangida era.
Successive regimes in the later era have gotten worse, and every new administration seems to want to outdo the previous one in how deep it can fall down the rabbit hole of corruption and graft. Public service has since turned into self-service, and public good has been sacrificed on the altar of personal gain.
In the complex web of dysfunctional bureaucracy that has since emerged in the public sector, nothing ever gets done without the greasing of the palms of some corrupt public servant. Simple services, like obtaining permits, driver’s license, international passports, clearing vehicles at the ports, etc., that should ordinarily be provided to Nigerians without much of a thought and requiring little or no effort at all have become revenue generating ventures for unscrupulous government officials who deliberately set up obstacles along the way that are impossible to navigate unless the gatekeeping official is “settled” to his satisfaction.
The compendium of crooked government officials boasts of the crème de la crème of the Nigerian society. There’s hardly any member of the Nigeria political class alive today that has not, at one point or the other, stuck his sticky fingers into the national cookie jar. Whether active or retired and be it elder statesman or green behind the ears JJC, every one of these individuals have a track record of abusing the public trust and they all leave a dirty trail of malfeasance in their wake. Like a little child who took a bite of the cake without the parent's permission, the faces of the thieving Nigeria public officials are covered with the crumbs from the national cake they've stolen.
So ingrained is graft in the psyche of Nigerians that theft by public officials is no longer considered corruption. In fact, a sitting president once said on national TV that, “Over 80 percent of what’s called corruption is not corruption, but common stealing.”
In the post-Babangida Nigeria, a government official who embezzled hundreds of millions of naira from the national coffers is not at all corrupt. He has merely committed an itty-bitty petty theft no different than stealing a goat from the headmaster’s goat pen or poaching a fowl from the next-door neighbor’s chicken coop.