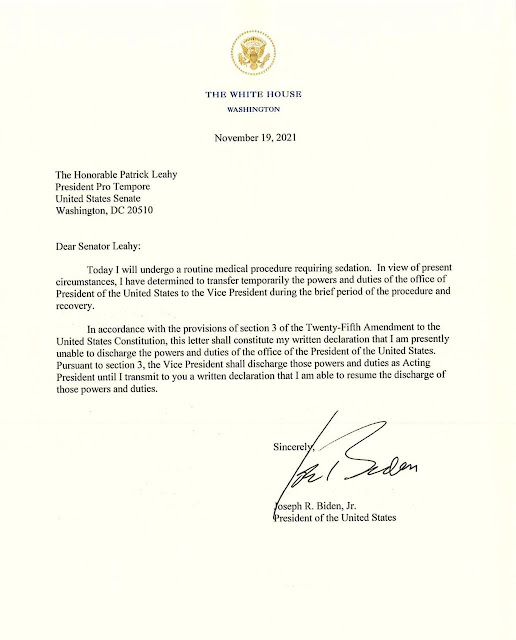 By Akin Ojumu
Today, a woman became the President of the United States, for the first time in US history. On this fateful day of Friday, November 19, 2021, it was Madam President Kamala Devi Harris following the transfer of power to her by President Joe Biden while he underwent routine colonoscopy that required him to be put under anesthesia.
Even though it was temporary and in an acting capacity for a total of about 85 minutes, it was still a moment that will go down in the annals of the history of this great nation. While it was for a brief and short-lived period, the import of it was massive all the same.
When a routine medical procedure makes a woman temporarily POTUS, we were like them that dream. The mind cannot help but wonder what it’d be like to one day have a woman ascend to the highest office in God’s own country. The thought of it arouses a pleasant feeling in the soul and it causes the mouth to drool of what might be.
The 85 minutes of the female POTUS was a catalogue of a series of firsts.
The first female POTUS.
The first African American POTUS.
The first Asian American POTUS.
The first Indian American POTUS.
The first Jamaican American POTUS.
The first Historically Black College and University (HBCU) POTUS.
The first First-Gentleman.
On and on the number of firsts go…
And it brings to mind what happened the last time another POTUS, who shall not be named, had a routine medical procedure.
Just two years ago, during the time of another man in the White House, the POTUS needed to undergo the exact same procedure that President Joe Biden went through today. That POTUS chose to go for the procedure under the cover of the night and without letting anyone but his closet aides know.
Because that POTUS did not want his Vice President to assume power while he was sedated, he decided to keep his hospital visit secret and he chose to skip anesthesia altogether. According to the reporting on the secret hospital visit, the POTUS also "did not want to be the butt of a joke" on late-night television.
What a difference a consequential presidential election makes.