THE MORNING AFTER BIRTHDAY HANGOVER 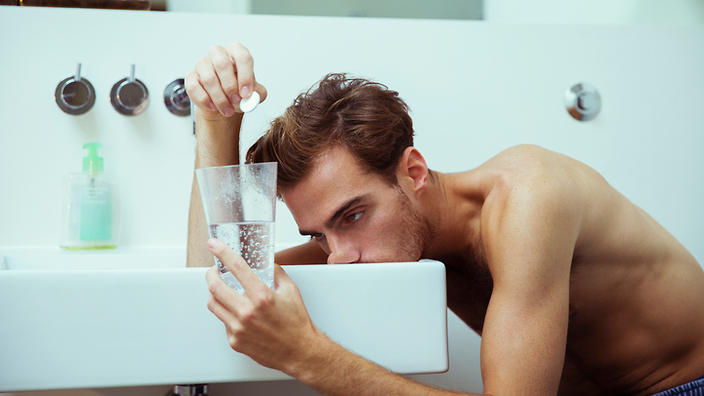 By Akin Ojumu
In the piece I wrote yesterday about birthdays titled, “Blow the Candle and Make a Wish”, I described the origins of birthday celebrations. I also chronicled the debauchery, decadence, and death that characterized the only two birthday celebrations mentioned in the Bible.
There’s another thing about birthday celebrations that I deliberately left out of that write-up. It is the feeling I usually get the morning after every birthday. You can call it the morning after effect of birthday celebrations. I omitted it from yesterday’s write-up as a sort of self-experiment, to see if I’ll still feel the same way this morning.
There’s a lot of similarities between birthday celebrations and binge drinking, and I’ll explain.
You see, birthdays can be likened to a teetotaler who, totally out of character, decides to embark on an alcohol binge and he goes off and drinks himself to stupor. He wakes up the next morning with severe hangover. He is confused, his head feels like a ton of bricks, his stomach is churning like a grinder, he feels like throwing up and he is retching repeatedly. Drenched in cold sweat, his shirt sticks to his body like someone taking a shower fully dressed. Confused and not knowing where he is, he becomes agitated and irritable. As he stumbles around unable to stand up straight, he steps outside into the sun and his bloodshot eyes hurt as though they are on fire.
On your birthday, you have 1 million and one people reaching out to you with prayers and birthday wishes on social media. Your phone doesn't seem to stop ringing. Ping ping ping, another text message and another e-mail message has just popped on your screen. Friends and family drown you in a sea of glowing words. Other folks you don't even know – seeing what is happening and not wanting to be left out of the trending thing – join the bandwagon, they jump onto the social media viral birthday wishes train with likes and emoji hearts.
But then you, the birthday boy, wakes up the next morning, you check your phone and not a single person wishes you good morning or says hello. Even if, like Eddy Murphy in Coming to America Part 1, you stick your head out of the window and yelled, "Guten morgen, mein nachbar!!!" – i.e., “Good morning, my neighbor!!!” – all you hear is crickets. Nobody responds, nobody cares, no likes, no hearts, no nothing, everybody has moved on to the next trending thing.
That empty feeling in the pit of your stomach is one other reason I don’t celebrate birthdays. For me, it is much better to quietly jubilate over each and every day that I wake up alive and still kicking than to be left feeling morose after a binge of attention. That gives me a much more soothing feeling and it suits me more than anything else.