THE FEAR OF "DROGBA'S HEADER" 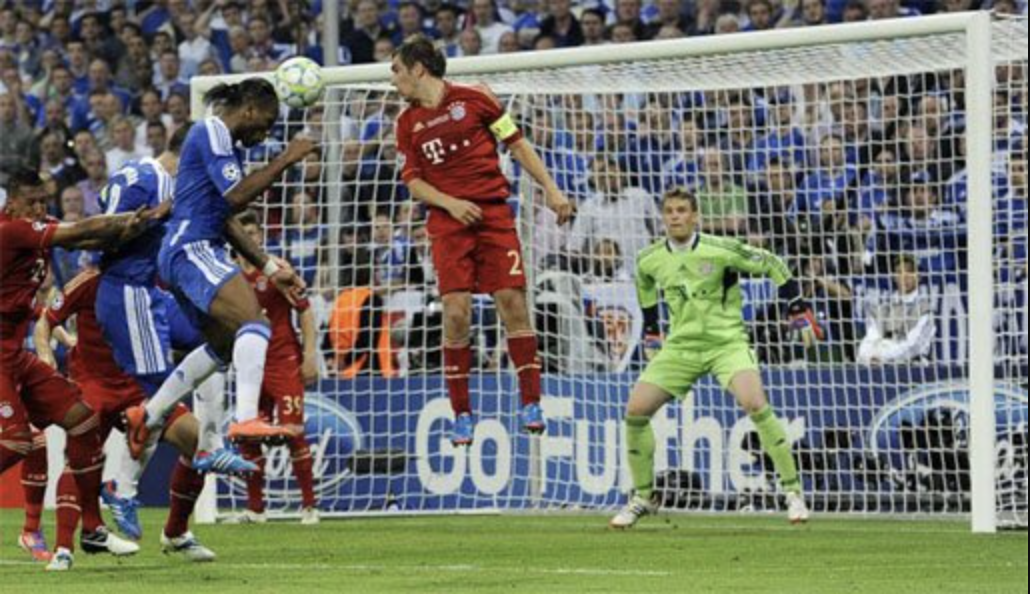 Player by player, position by position, skills by skills, Manchester City, FC is a far better squad than Chelsea, FC in tonight's UEFA Champions League final.
This fact seems to have gotten into the heads of the Citizens. To these City fans, the outcome of todays Championship match is a forgone conclusion, it is City's to lose; if City turns up, they'll win.
This attitude reminds me of the 2012 finals. Bayern Munich was also a far better side than Chelsea in that game and the German side was supposed to drown the weaker side in goals. But what the Bayern side forgot was the steely hearts of the Chelsea players and the iron head of Didier Drogba. What happened at the end of 120 minutes of that game is now history. Chelsea won because of a last minute header by Didier Drogba.
It will do the Manchester City players a world of good never to forget 2012 and what happened to Bayern Munich. The Citizens must be very afraid of another "Drogba's header" outcome.
Go Blues!