WHO IS A "MAN AFTER GOD'S HEART" BETWEEN THESE TWO PEOPLE? 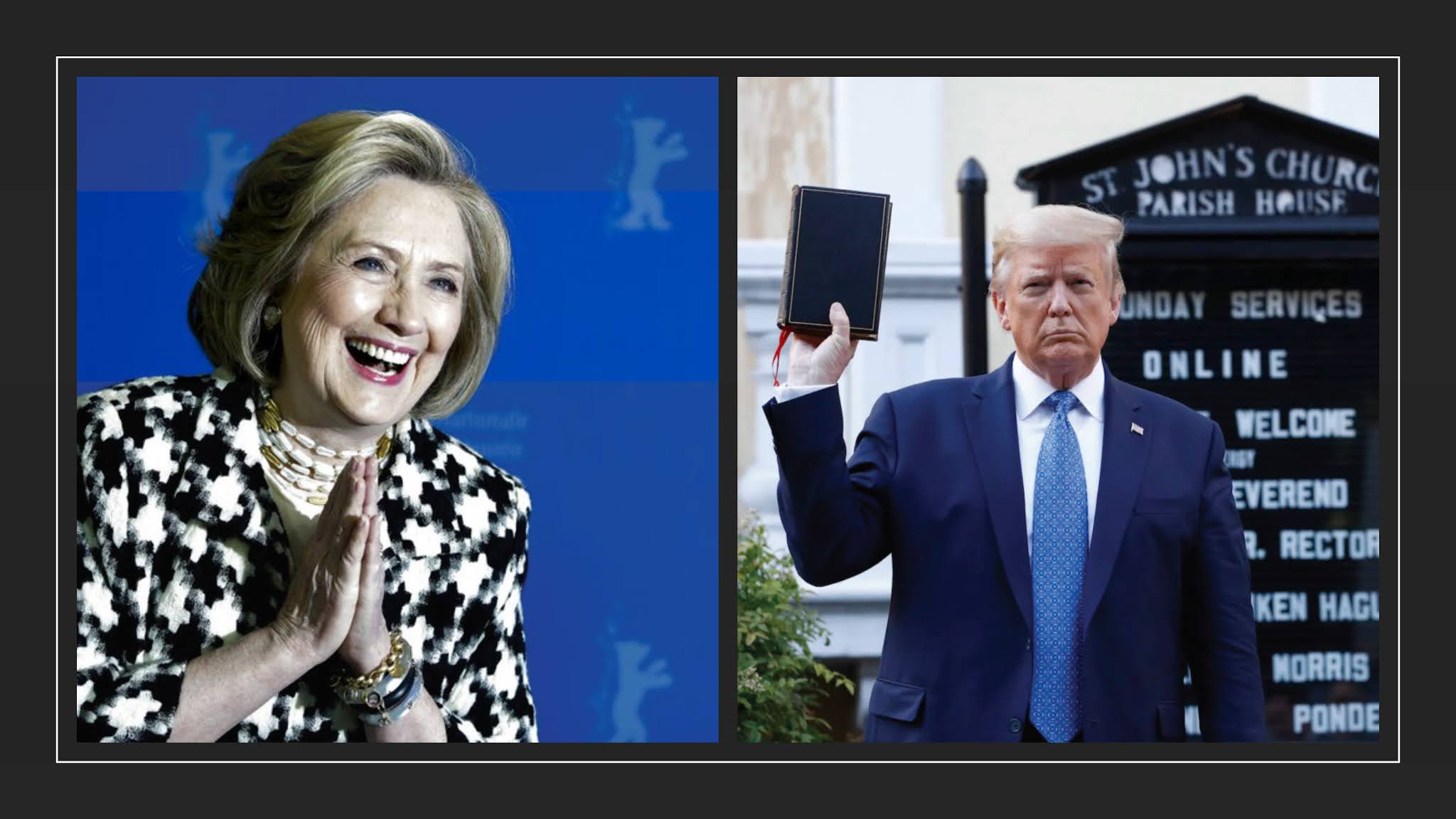 So, tell me, who is the better person between these two individuals? Which of them would you want your child to turn out to become as an adult?
Is it Hillary Clinton who – after a bitterly fought presidential election where she was called all sorts of names, was falsely accused of series of grievous crimes for which the chant “Lock Her Up” became a prominent feature of her opponent’s political rallies – still showed up at the inauguration of the very same man who was her opponent and arch nemesis, in a display of high sense of civic duty and great respect for one of the most important customs and traditions of American democracy - the peaceful transfer of power?
Or is it Donald Trump who, having lost a presidential election in a landslide, went about propagating falsehood and conspiracy theories about the conduct and outcome of an election that is considered one of the freest and fairest in the history of the country, relentlessly sowed seeds of pernicious mistrust of American democracy and engendered doubts in democratic institutions around the country, incited and led an insurrection against the Constitution of the United States, and has now announced that he would not attend the inauguration of Joe Biden, the next President of the United States, the man who soundly defeated him the presidential election?
So, which of these two people do you consider a godly person and a man after God's heart? Is it the scion of the liberal left or the sad pathetic small man who is the hero of the religious right?