THE WRECKAGE OF TRUMP’S PRESIDENCY 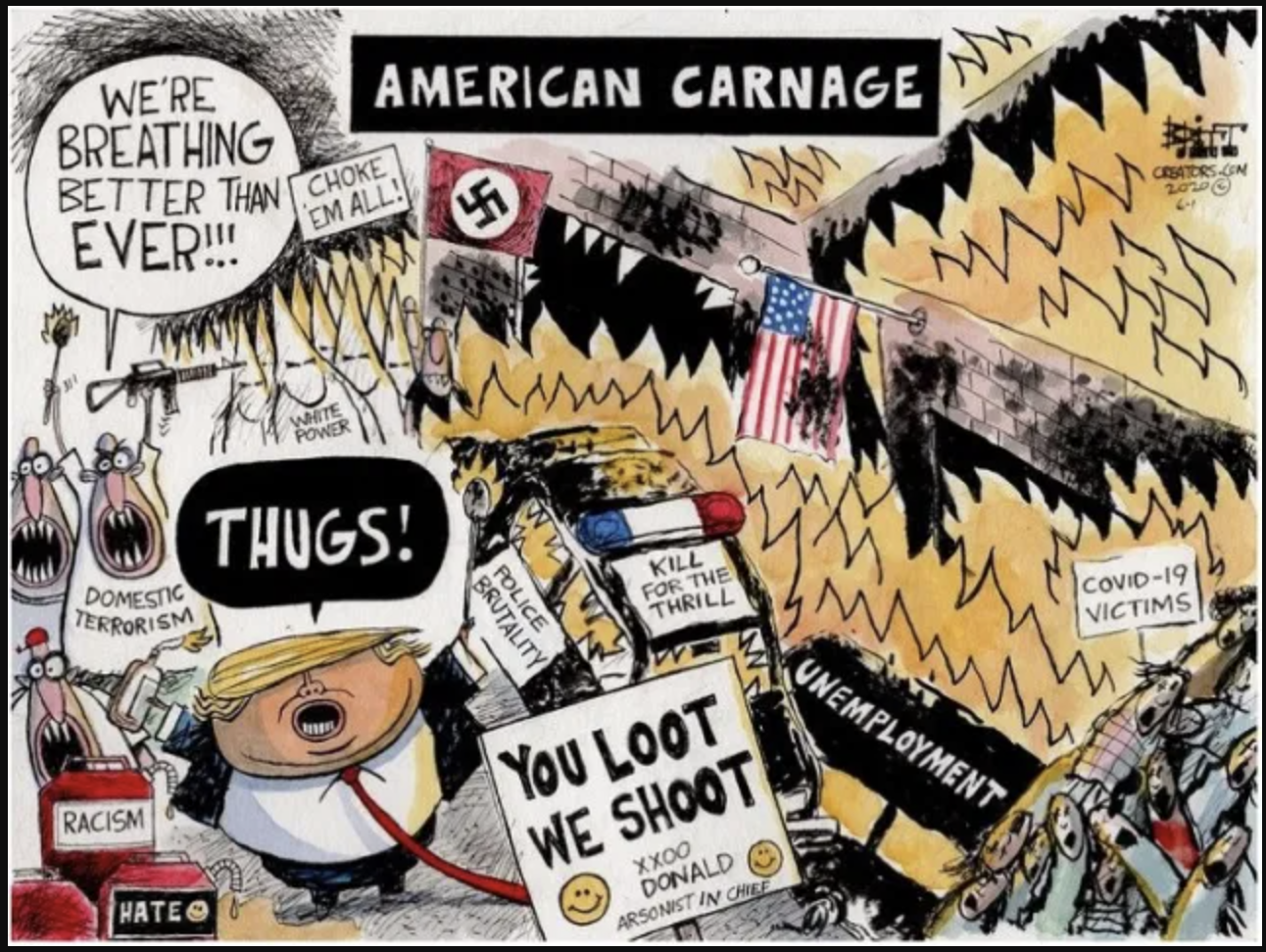 By Akin Ojumu
On the day Donald Trump took office, America was a place where peace reigned, and it was a land flowing with milk and honey. The land flourished, prosperity flowed, health and wealth abound, and there was contentment of life. Our democracy was virile, and in our courts was justice.
In 4 years, Donald Trump threw a wrecking ball to everything we hold dear. On his way out of the door, every single institution of our nation is left gasping for breath trying to live, having been poisoned by the toxic fumes of destruction that emanate from the deadly gas chamber of Donald Trump’s soul.
Our democracy is now in tatters, our economy is left shattered, the schools are shuttered, and the Church is in spiritual gutter worshiping an idol. The much-vaunted American exceptionalism, Donald Trump has dragged into the mud, and drowned it in the murk. America, the shining city on a hill, is fallen and has now become a laughingstock of the world.
Those who hate us mock us, those who love us are in a state of shock at what has become of this once great people. Our enemies, intoxicated with schadenfreude, dance on our open grave, while our friends, covered with sackcloth, mourn the catastrophe that has befallen the land of the free and home of the brave.
On Trump’s watch, deadly pestilences overtook the land. A pestilence of lies and conspiracy theories infect many souls, a viral pestilence of unimaginable deadliness kills as many as 3,000 lives every single day, a racial pestilence boils to the surface consuming us in its hot and hateful lava, and our way of life has been completely upended. A giant image of idol of trumpism and paganism has been erected in the House of God, and the people of God bow down to worship and offer sacrifice to the giant image of abomination.
Donald Trump, the man crowned pro-life, pro-God, king Cyrus by white evangelical Christians, is leaving America in a vortex of violence, sickness, and death. Donald Trump has bankrupted our collective soul leaving a massive hole at the core of our being. This godless, soulless, immoral narcissist is leaving behind a great American carnage. A man that came with a promise to make America great again, will leave America groaning with a most excruciating pain.
With about a week left before we are finally rid of this unimaginable evil and his indescribable terror, America is barely holding on, with bated breath, until the day when we can start to dig ourselves out of the mountainous wreckage Donald Trump leaves behind.
Can America recover from this heavy blow to our soul? Will we ever survive this dagger plunged deep into our heart? Are we not all going to be consumed by the wildfire raging through the land, lit by Donald Trump? Can America rise, like a phoenix, from the ashes of Trump’s devastation? Is it possible for America to retrace its steps from the depth of the death spiral into which Donald Trump has plunged the nation?
We shall see. Time will tell.