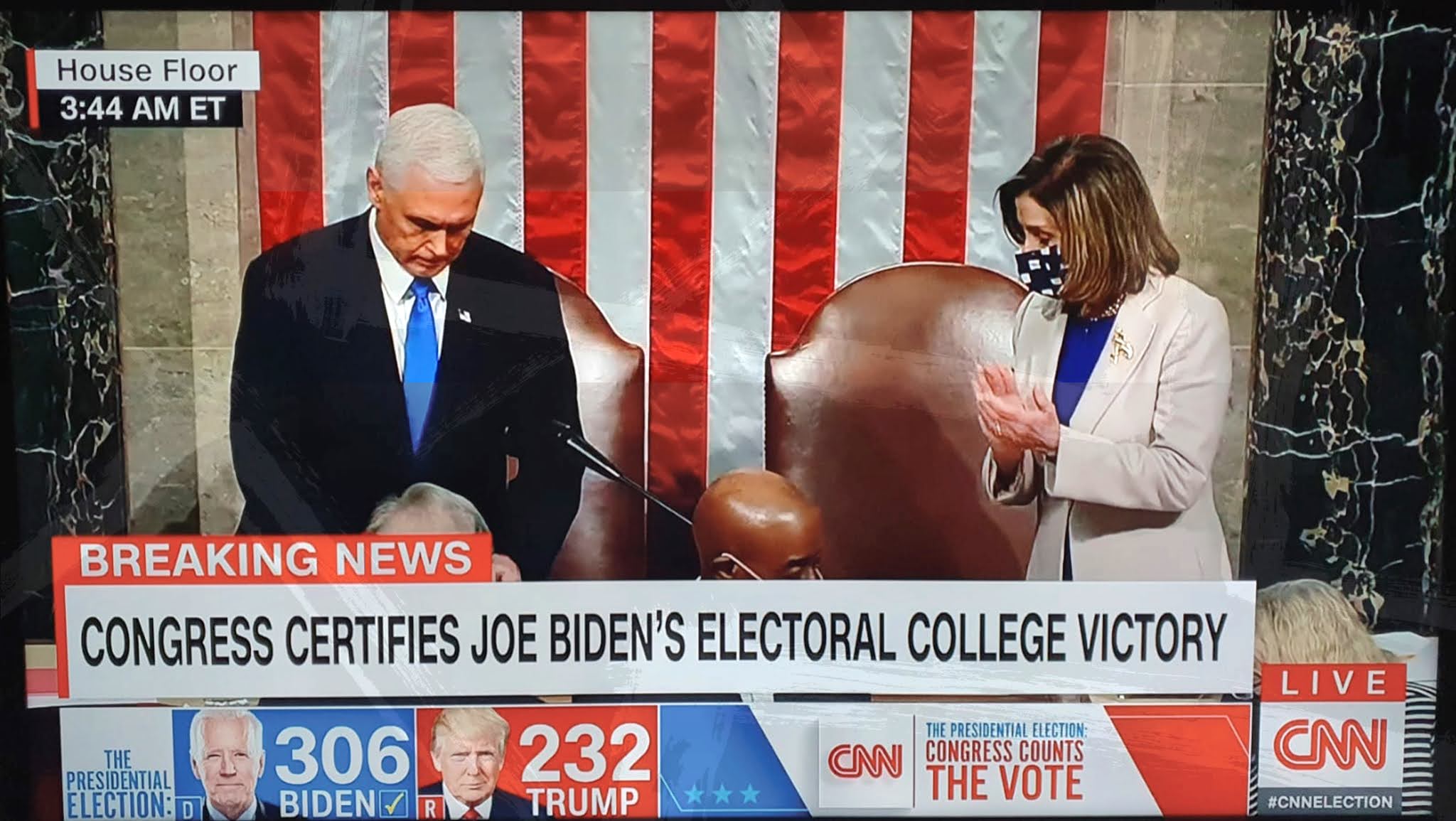 After a failed coup d'etat and attempted insurrection by Donald J. Trump and his thuggish co-conspirators, the United States Congress, in the early hours of Thursday, 7 January 2021, certified the electoral college victory of President-Elect Joe Biden and Vice President-elect, Kamala Harris.
Donald Trump is a loser, Congress affirmed it constitutionally and codified it permanently into the annals of the history of the United States.