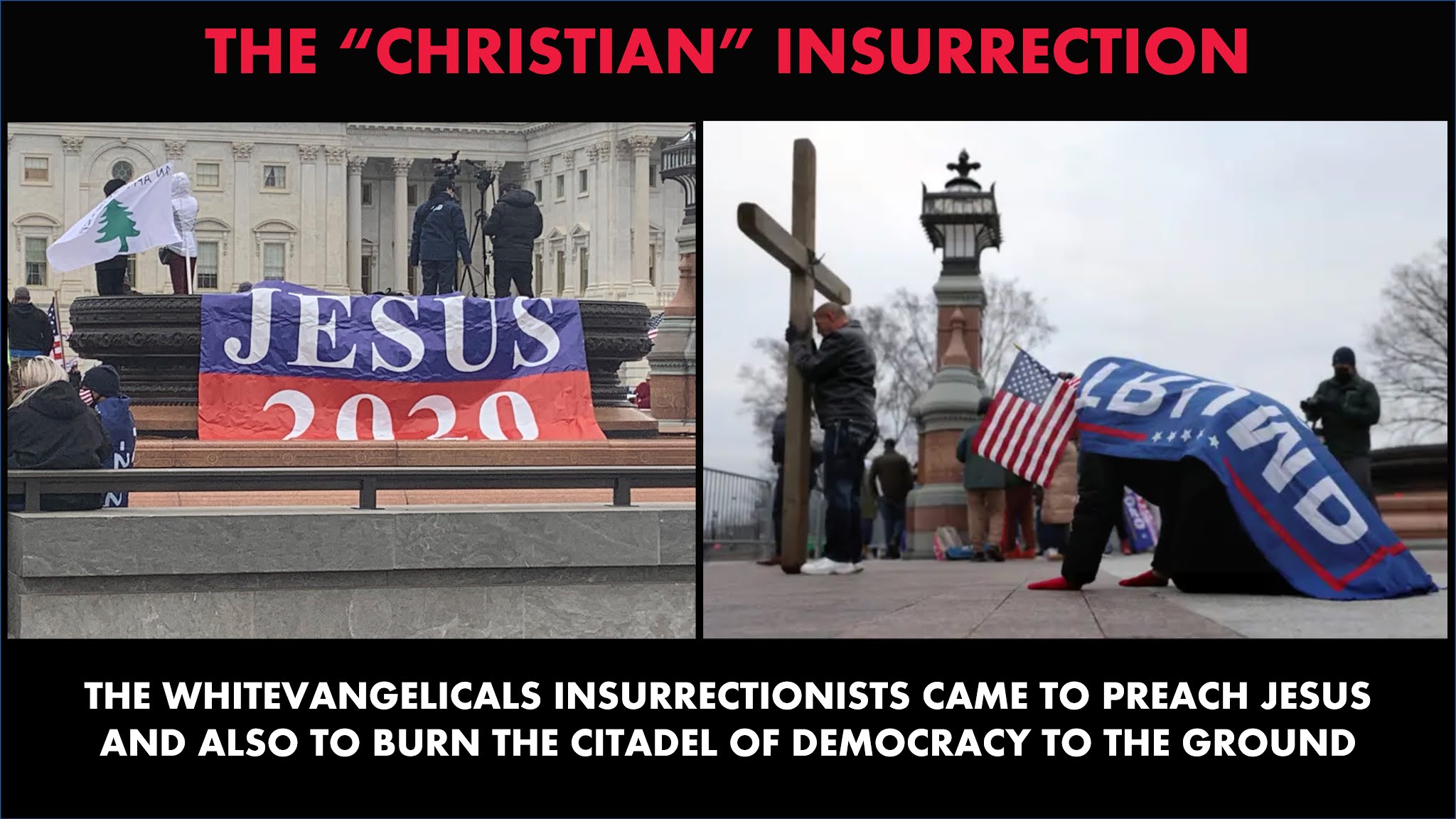 Like the Crusaders of the medieval period who went to Jerusalem to recover the Holy Land from Islamic rule, the American whitevangelicals launched a violent insurrection against the United States yesterday.
Incited by the Insurrectionist-in-Chief, Donald Trump, the "Christian" seditionists brought to the war zone on Capitol Hill, a huge wooden cross and were heavily armed with fat Bibles and automatic weapons with the predetermined strategic objective of preaching Jesus and burning the citadel of democracy to the ground.
In their wake is a shocked and humbled nation, four dead bodies, and a desecrated democracy that may never recover from this unholy assault.