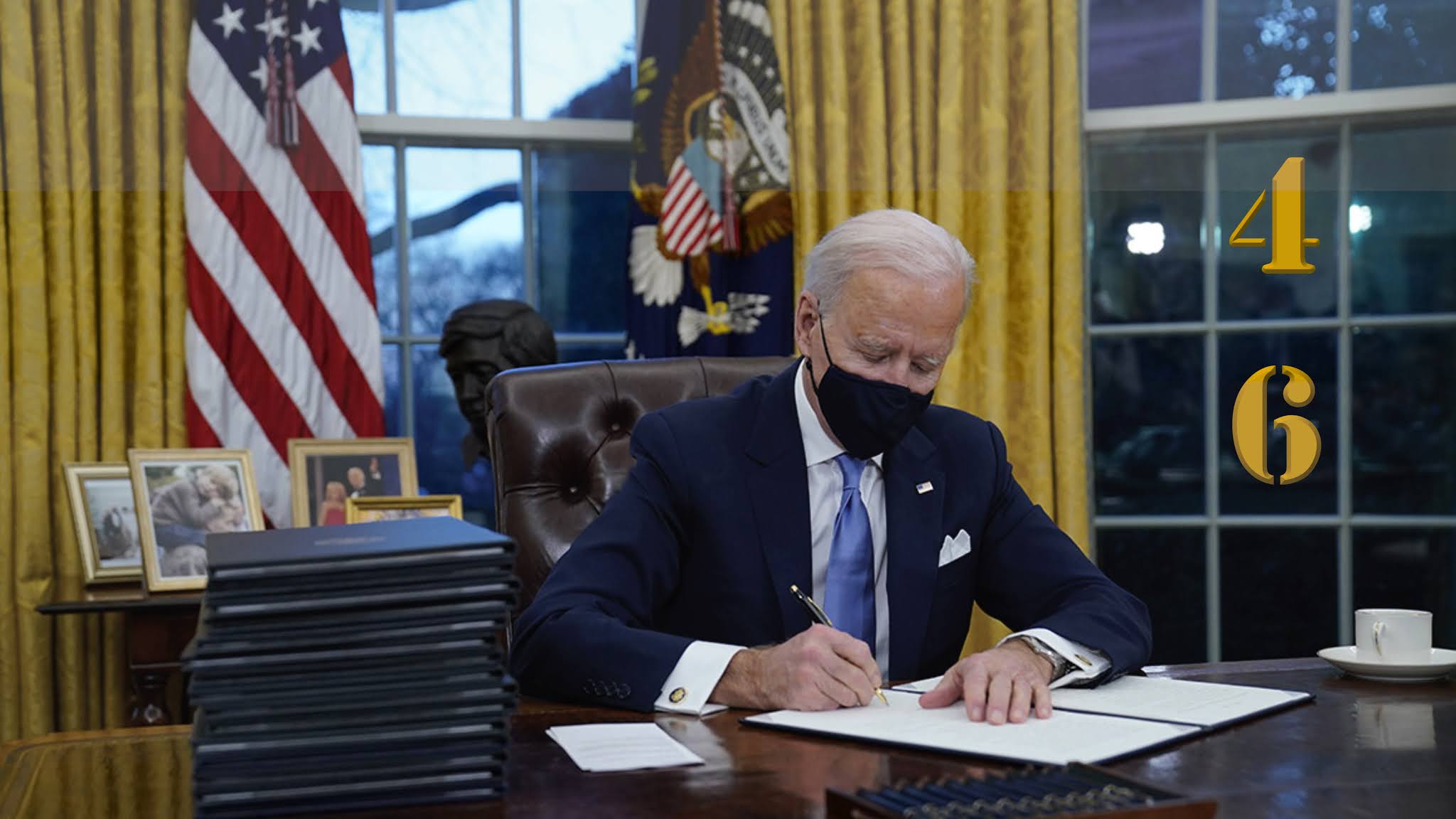 Joe R. Biden was sworn in today as the 46th President of the United States. He immediately hit the ground running. In his first few hours in office, the new president signed major executive orders that would reverse some of the previous administration’s most hateful and draconian policies.
Here are a few of the Executive Actions:
1. Start a 100-Day Masking Challenge
2. Rejoin the World Health Organization (WHO)
3. Extend eviction and foreclosure moratoriums
4. Continue "pause" on student loan payments until September 30
5. Rejoin the Paris Climate Agreement
6. Actions to advance racial equity through the federal government
7. Count non-citizens in U.S. Census again
8. Defend "Dreamers" (DACA) program for undocumented young Americans.
9. End so-called Muslim travel ban
10. Change Trump's arrest priorities for Immigration and Customs Enforcement (ICE)
11. Stop border wall construction
12. Keep protections for a group of Liberians in the country
13. Freezing last-minute Trump administration regulatory actions
14. Formulate Executive Branch ethics doctrine
Kindness and decency make a return to 1600 Pennsylvania Avenue. Efficiency and integrity retake their place in the Oval Office. What a breath of fresh air.
Godspeed, Mr. President. May God grant you the wisdom and courage to do the right thing by the American people.