FEDERAL LAWS VIOLATED BY TRUMP AND HIS FELLOW COUP PLOTTERS 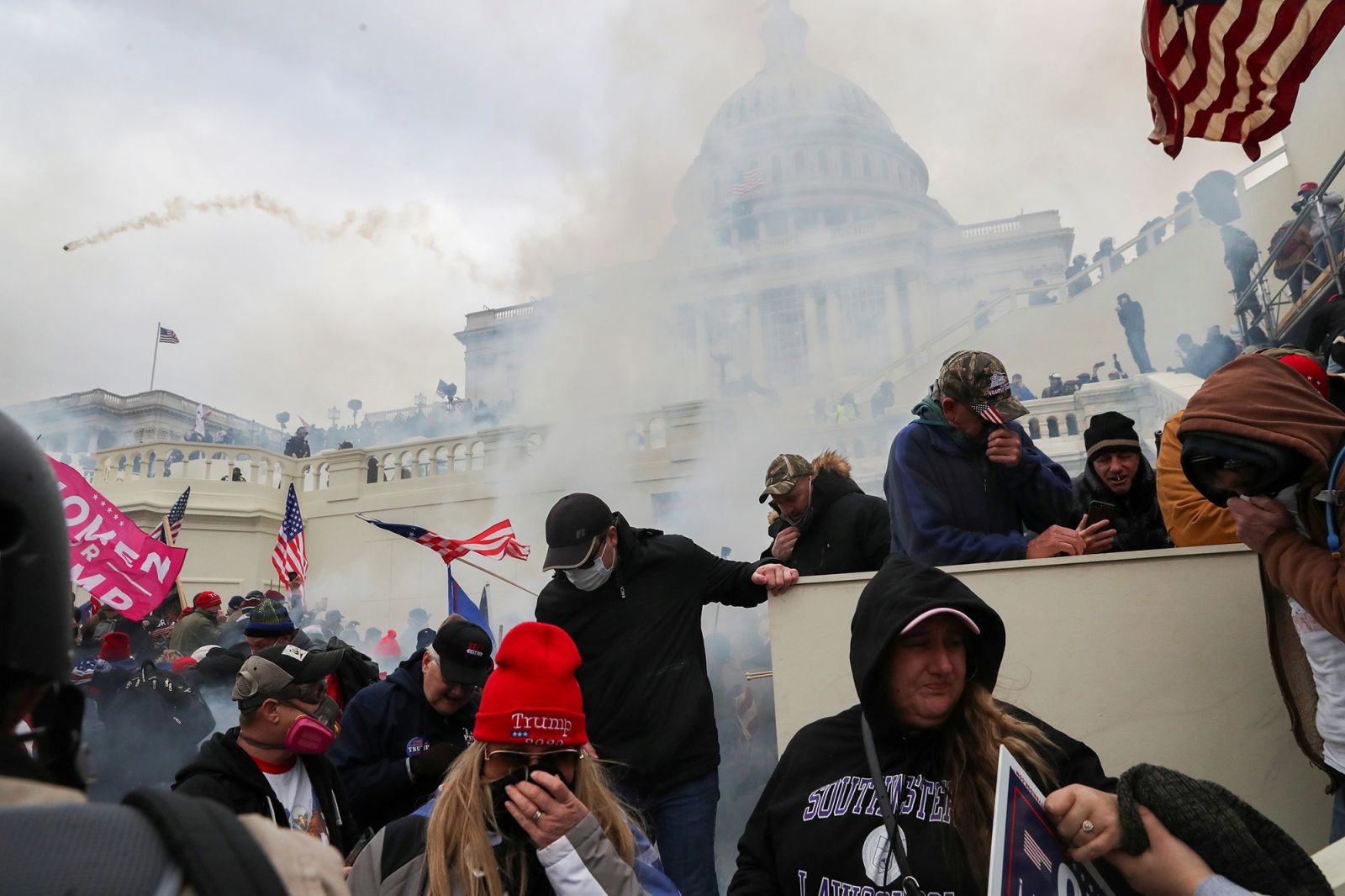 The following are a few of the federal laws broken by the Donald Trump instigated domestic terrorists who invaded the US Capitol today:
18 U.S.C. § 2385. Seditious Conspiracy
If “two or more people…conspire…by force to prevent, hinder, or delay the execution of any law of the United States, or by force to seize, take, or possess any property of the United States contrary to the authority thereof,” penalties are fines and twenty years imprisonment.
18 U.S.C. § 1361 Destruction of Government Property
If the damage exceeds $100, penalties are fines up to $250,000 and ten years imprisonment.
18 U.S.C. § 111 Assaulting Federal Officers
Fines vary, 20 years imprisonment.
18 U.S.C. § 351 Assault on Members of Congress
One year imprisonment.
41 CFR 102-74.380 Creating a Hazard on Federal Property
Penalties vary.
36 CFR 2.34 (and elsewhere) Disorderly Conduct
90 days imprisonment, $300 fine.
The question is whether any of those charges will ever be filed against these thugs who brought America to shame? It is highly unlikely that the smiling, white, unmasked faces of these thieves – stealing podiums, breaking into offices, smashing windows – will ever be tracked, identified, and arrested. I doubt that these traitors who desecrated the Citadel of Democracy will ever face prosecution and pay dearly for destroying American Democracy.