THE UNITED STATES SUPREME COURT RULES: "ARE YOU OUT OF YOUR MIND?" 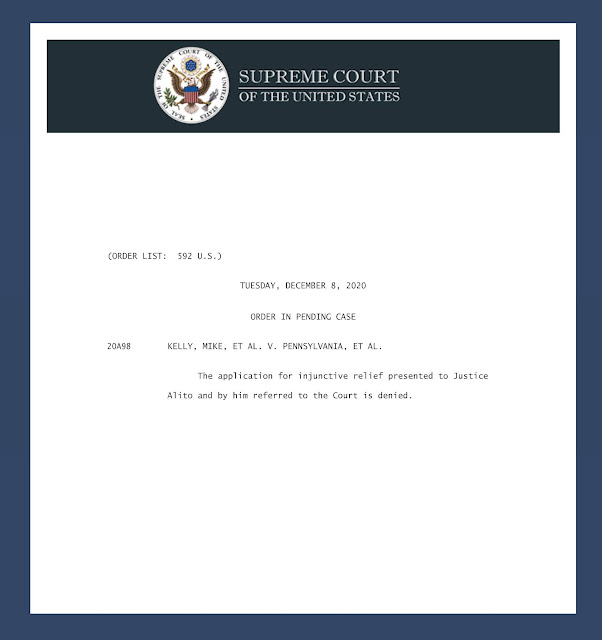 The United States Supreme Court on Tuesday rejected the clownish request by Pennsylvania Republicans to overturn President-elect Joe Biden Jr's election victory in the state. In a stinging one sentence slap in the face, the justices unanimously kicked the frivolous lawsuit back into the ethereal land of fairy tales from where it came, dealing a fatal blow to Donald Trump's hope of riding on the back of SCOTUS into a second term.
The 9 Justices of the SCOTUS, including the 3 he appointed to the court, reminded Donald Trump that justice is blind and facts do matter. In no uncertain terms they, in one voice, sent a loud message to #DiaperDon, "We owe you nothing. You don't own us and you won't use us to rig your way into the White House. When the people say you are fired, it means you are fired."