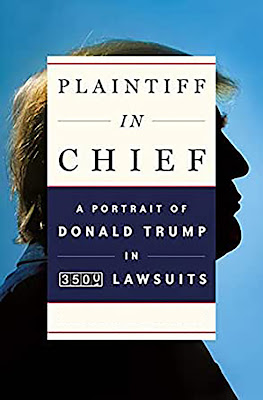 Another day in court, another mortal blow to a frivolous lawsuit filed by Donald Trump and his henchman, Rudy "Borat-2 Film Star" Giuliani, to disenfranchise 80 million Americans who voted against him in an election he lost by more than 6 million votes.
In throwing out the election lawsuit, US District Court Judge Matthew W. Brann said, "Plaintiffs ask this Court to disenfranchise almost seven million voters. This Court has been unable to find any case in which a plaintiff has sought such a drastic remedy in the contest of an election, in terms of the sheer volume of votes asked to be invalidated."
"One might expect that when seeking such a startling outcome, a plaintiff would come formidably armed with compelling legal arguments and factual proof of rampant corruption, such that this Court would have no option but to regrettably grant the proposed injunctive relief despite the impact it would have on such a large group of citizens. That has not happened."
Judge Brann added, "Instead, this Court has been presented with strained legal arguments without merit and speculative accusations, unpled in the operative complaint and unsupported by evidence."
"In the United States of America, this cannot justify the disenfranchisement of a single voter, let alone all the voters of its sixth most populated state. Our people, laws, and institutions demand more," the judge wrote." At bottom, Plaintiffs have failed to meet their burden to state a claim upon which relief may be granted."
FYI: Judge Matthew William Brann is a well known and respected Republican in the state of Pennsylvania.