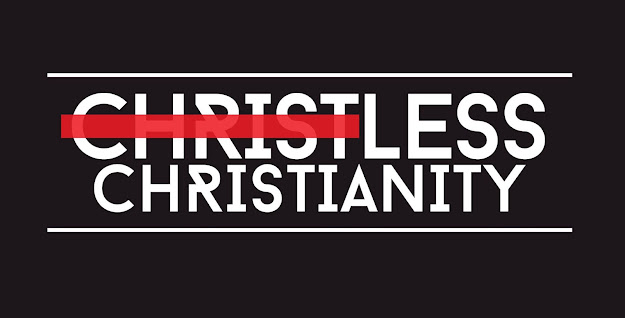 I need to tell you something: People have had it with you.

They want nothing to do with you any longer, and here’s why:

They see your hypocrisy, your inconsistency, your incredibly selective mercy, and your thinly veiled supremacy.

For eight years they watched you relentlessly demonize a black President; a man faithfully married for 26 years; a doting father and husband without a hint of moral scandal or the slightest whiff of infidelity.

They watched you deny his personal faith convictions, argue his birthplace, and assail his character – all without cause or evidence. They saw you brandish Scriptures to malign him and use the laziest of racial stereotypes in criticizing him.

And through it all, White Evangelicals – you never once suggested that God placed him where he was,

you never publicly offered prayers for him and his family,

you never welcomed him to your Christian Universities,

you never gave him the benefit of the doubt in any instance,

you never spoke of offering him forgiveness or mercy,

your evangelists never publicly thanked God for his leadership,

your pastors never took to the pulpit to offer solidarity with him,

you never made any effort to affirm his humanity or show the love of Jesus to him in any quantifiable measure.

You violently opposed him at every single turn – without offering a single ounce of the grace you claim as the heart of your faith tradition. You jettisoned Jesus as you dispensed damnation on him.

And yet you give carte blanche to a white Republican man so riddled with depravity, so littered with extramarital affairs, so unapologetically vile, with such a vast resume of moral filth – that the mind boggles.

And the change in you is unmistakable. It has been an astonishing conversion to behold: a being born again.

With him, you suddenly find religion.

With him, you’re now willing to offer full absolution.
With him, all is forgiven without repentance or admission.
With him you’re suddenly able to see some invisible, deeply buried heart.
With him, sin has become unimportant, compassion no longer a requirement.
With him, you see only Providence.

And White Evangelicals, all those people who have had it with you – they see it all clearly.

They recognize the toxic source of your inconsistency.

They see that pigmentation and party are your sole deities.
They see that you aren’t interested in perpetuating the love of God or emulating the heart of Jesus.

They see that you aren’t burdened to love the least, or to be agents of compassion, or to care for your Muslim, gay, African, female, or poor neighbors as yourself.

They see that all you’re really interested in doing, is making a God in your own ivory image and demanding that the world bow down to it.

They recognize this all about white, Republican Jesus – not dark-skinned Jesus of Nazareth.

And I know you don’t realize it, but you’re digging your own grave in these days; the grave of your very faith tradition.

Your willingness to align yourself with cruelty is a costly marriage. Yes, you’ve gained a Supreme Court seat, a few months with the Presidency as a mouthpiece, and the cheap high of temporary power – but you’ve lost a whole lot more.

I know it’s likely you’ll dismiss these words. The fact that you’ve even made your bed with such malevolence, shows how far gone you are and how insulated you are from the reality in front of you.

But I had to at least try to reach you. It’s what Jesus would do.

Maybe you need to read what He said again (Matthew 5-7) – if He still matters to you.

MY DAD AND HIS GIFTS OF COLLEGE T-SHIRT SOUVENIRS

By Dunni Ojumu Let’s talk about this t-shirt. Ever since I was little, my father has been bringing me back college t-shirts as souvenirs from his business trips. When he went to LA, he brought back a UCLA Medicine t-shirt. When he went to New Haven, he brought back a Yale hoodie. When he went to Boston, he brought back shirts from MIT and Harvard. When I was 13, these shirts started to pile up in my closet, and I was kinda annoyed because ya know...I was 13 and I wanted money. But they were comfortable and oversized, so I wore them to bed and on wash days and when I wanted to eat a large, messy bowl of spaghetti. But now that I am off to college, I realize that my father was not confused about what to get me, nor was he trying to annoy me by filling my hands with clothing instead of cash. With purpose, he sought out clothing for me to wear as a reminder, however subliminal, that my future was bright, regardless of how many classes I cried through and how many hours I spent studying ins
Read more