DR. THOMAS TUTTLE: THE "DR. FAUCI" OF THE 1918 SPANISH FLU WAS VILIFIED TOO 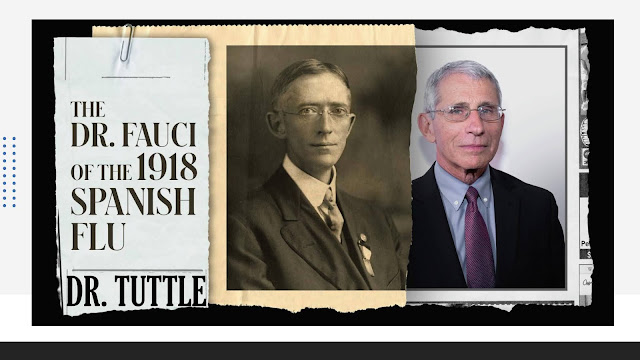 During the 1918 Spanish Flu, epidemiologist Dr. Thomas Tuttle prescribed face masks and social distancing to slow the spread of the influenza pandemic.

As a result, he made a lot of enemies. His detractors called him names and described him as an alarmist. Conspiracy theorists had a field day; they accused him of all manners of evil and devilry.

Those who fail to learn from the mistakes of history are doomed to repeat them.