THE HOUSE NEGRO vs THE FIELD NEGRO 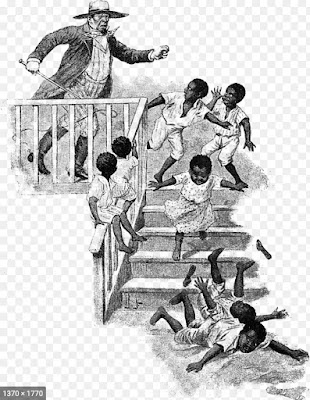 But then you had another Negro out in the field. The house Negro was in the minority. The masses – the field Negroes were the masses. They were in the majority. When the master got sick, they prayed that he'd die. If his house caught on fire, they'd pray for a wind to come along and fan the breeze.

If someone came to the house Negro and said, "Let's go, let's separate," naturally that Uncle Tom would say, "Go where? What could I do without boss? Where would I live? How would I dress? Who would look out for me?" That's the house Negro. But if you went to the field Negro and said, "Let's go, let's separate," he wouldn't even ask you where or how. He'd say, "Yes, let's go." And that one ended right there.

So now you have a twentieth century-type of house Negro. A twentieth century Uncle Tom. He's just as much an Uncle Tom today as Uncle Tom was 100 and 200 years ago. Only he's a modern Uncle Tom. That Uncle Tom wore a handkerchief around his head. This Uncle Tom wears a top hat. He's sharp. He dresses just like you do. He speaks the same phraseology, the same language. He tries to speak it better than you do. He speaks with the same accents, same diction. And when you say, "your army," he says, "our army." He hasn't got anybody to defend him, but anytime you say "we" he says "we." "Our president," "our government," "our Senate," "our congressmen," "our this and our that." And he hasn't even got a seat in that "our" even at the end of the line. So, this is the twentieth-century Negro. Whenever you say "you," the personal pronoun in the singular or in the plural, he uses it right along with you. When you say you're in trouble, he says, "Yes, we're in trouble."