CORONAVIRUS PANDEMIC UPDATE: THE FREE PRESS CAN HELP SAVE LIVES 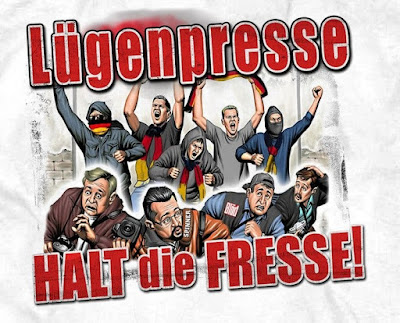 Several factors contributed to the rise of Adolf Hilter. The mass murder of 6 million Jews by German Nazis and the carnage of the Second World War were made possible for several reasons. Of all of these, none was more effective and potent than Lügenpresse, a German slur which means “Lying Press”.

At the core of the Nazi disinformation effort is the dismissal of the notion that truth actually exists. Perfecting and deploying propaganda, the Nazi Theory, Hitler set out to destroy the very existence of commonly accepted facts. The Nazis pushed a misinformation campaign that the press is controlled by lying Jews and their biased foreign sympathizers, and that nothing you read in the press is true.

Lügenpresse – the destruction of the free press – has become the preferred weapon of tyrants of all stripes. Because when the free press is neutralized it becomes much easier to manipulate the people. A silenced free press leaves the door opened for unchecked power and absolute control by the despot.

Many Germans – otherwise good, rational, and reasonable people – supported and followed Hitler mainly because the Nazis rejected a rational and factual world represented and presented by the free press. A society incapable of acknowledging that facts do exist and facts matter, a society that refuses to accept reported truths, and a society that would not stand up in support of a free press, is a society made up of malleable people with feeble minds who are doomed to be forever trapped in a bubble of lies that flow from the lips – or twitter feed – of a manipulating and malevolent tyrant.

As the world confronts the scourge of the Coronavirus, the vital role the press plays in the society becomes even more important. The people of the Fourth Estate serve as the conscience of the nation. As more and more nations are ruled by leaders with authoritarian tendencies, and penchant for mendacity and deceit, we need the press to shed light on the truth that governments and rulers try to hide and obscure. Their job is to expose the misdeeds of crooked leaders and tell the citizens of the incompetence that exists in our governments. The enemies of the free press are the enemies of the people. Only those afraid of the truth want it extinguished.

Without the press, politicians and those in positions of authority will have free rein to lie and deceive the uninformed masses. On behalf of the citizens of free nations, the press ask the tough and essential questions that rulers don't want asked or answered. We need a free press to hold governments and authorities accountable for their actions and inactions.