AFRICAN LEADERS NEED A SABBATICAL IN THE ARABIAN DESERT 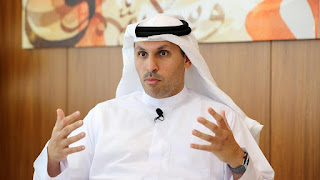 The link above is to an interview given by Khaldoon Al Mubarak, Chairman and CEO, Mubadala Development Company, Chairman of Manchester City Football Club on The David Rubenstein Show. It is a perfect illustration of the wisdom and foresight of Arabs and their leaders and a profound contrast with the general lack of foresight by Africans and their leaders.

Here is an excerpt…

“The United Arab Emirate is a federation of 7 Emirates i.e. States; Abu Dhabi being the largest and Dubai being one of the most famous. The Federation was formed in 1971. We have a population of 10 million overall."

"We have a wealth of resources particularly in the oil and gas field that have been the foundation of our economic development. The oil and gas are not going to be here for the next thousand years; they are finite. So, we have to prepare ourself for the future. The leadership of this country has focused on maximizing the benefits and the returns from this resources, but at the same time build a diversification strategy preparing ourselves for the future. That’s what you have in the UAE today.”

“Many years ago, oil represented about 70 - 80 percent of the GDP of the country. We have been able to move the economy where that concentration is now less than 35 percent. Now we are still a long ways away and the focus now is to continue to push that number down as much as possible.”

Arabs are much smarter and wiser than Africans. As an African, I hate to admit it, but I'd be kidding myself not to. African leaders can a learn a thing or two about visionary leadership from the Arabs. If it were my call, I'll send them all on prolonged sabbaticals in the royal courts in Arab land, perhaps they'll come back with a teeny-weeny drop of wisdom on how to lead with vision.