NIGERIA PRESIDENTIAL ELECTION 2019: AND THE OUTCOME IS… 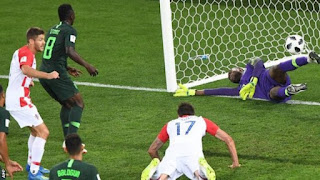 Prognostication is really not my strong suit. When it comes to foretelling future events, I’m way out of my league. I couldn’t tell you, out of the 2 shirts and 2 pairs of trousers that I have in my closet, what I’m going to wear to work the next day. Yes, I suck that bad.

Despite my less than stellar prophetic prowess, I’m going to tell you the outcome of tomorrow’s presidential elections.

Tomorrow, after all the votes have been cast and counted, after the claim and counter-claim of electoral fraud, after the law suits and the tribunal verdicts, there is going to be one outcome of this election. And the outcome is going be like all other outcomes before.

It is the outcome that brought the Prime Ministership of Tafawa Balewa. This outcome resulted in Shehu Shagari’s presidency. By this outcome, Olusegun Obasanjo won the presidential elections twice, Umura Musa Yar’Adua ended up a president, Goodluck Jonathan’s presidency became an unreal reality, and Muhammed Buhari became president after trying for 16 years.

And the outcome is, Nigeria lost.