FELLOW NIGERIANS, THE CHOICE IS OURS 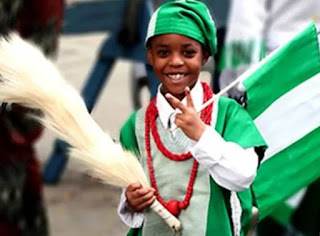 At a certain point, we Nigerians must choose what’s most important to us.

We must decide between:

6.    Service to the Common man or Subservience to the Puppet Masters

11. Citizens electing leaders based on personal assessment of the leaders’ performance or Citizens casting their vote based on what the Godfather commands

12. Being Taken for a Ride by the Political Class or Ridding ourselves of Pilfering and Profligate Ruling Class

The choice we make on Saturday, February 16, 2019 will forever define our destiny. The decision we make inside that voting booth will seal our fate as a nation.

As you lay your bed, so you’ll lie on it. Toute nation a le gouvernement qu'elle mérite. Every nation gets the government it deserves.