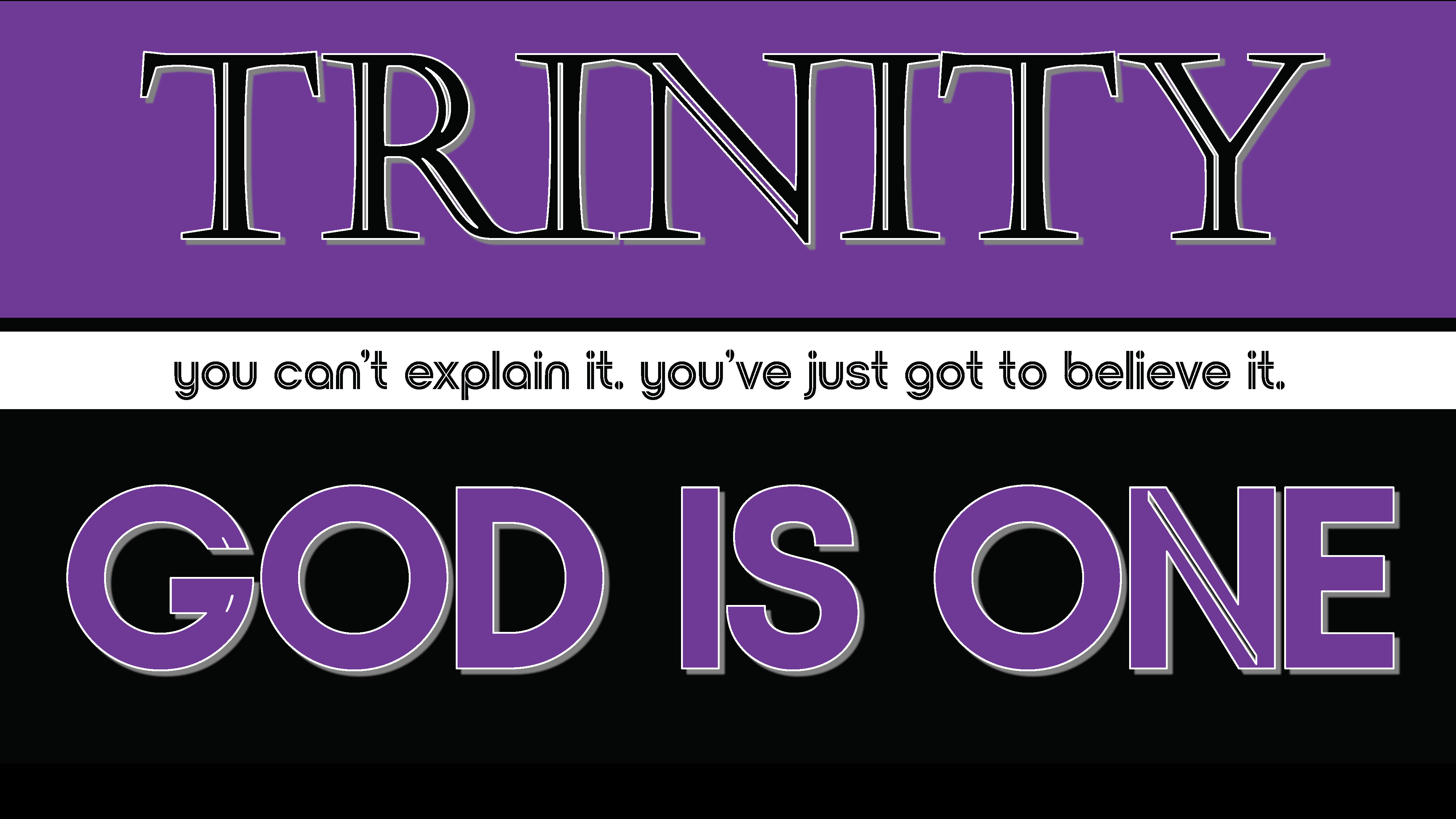 By Akin Ojumu
“Hear, O Israel! The Lord is our God, the Lord is One!” (Deuteronomy 6:4).
Fundamental to Christian orthodoxy is the existence of God in three persons. The three persons are each fully God. The Godhead is three distinct persons in one indivisible substance namely God the Father, God the Son, and God the Holy Spirit.
Conceptually, the human mind struggles to understand a God existing in three persons. Unable to explain it, many have attempted to minimize it. Some have even gone so far as to deny the Godhead altogether. These have resulted in all sorts of heresies, the earliest of which is Modalism.
A modalist views God as one Person instead of three Persons and believes that the Father, Son, and Spirit are simply different modes or forms of the same divine Person. According to modalism, God can switch among three different manifestations (Source: Got Questions).
These heretic views of the Trinity have led to the use of various analogies to make the Trinity understandable to the human mind. Perhaps, the most popular analogy used is that of water in its three different states, i.e., water (liquid), ice (solid), and vapor (gas).
Anyone with a modicum of knowledge of Scripture will know that the water, ice, and vapor analogy of Trinity is problematic. Unlike the Godhead, the three states of water cannot exist in the same instance. To get ice, you have to first freeze water. And vapor arises only after heating water to boiling point.
“To whom would you liken Me And make Me equal and compare Me, that we would be alike?” (Isaiah 46:5).
The Trinity cannot be analogized. You cannot liken the Almighty God to anyone, and Elohim cannot be compared to anything. If you want to understand the Godhead, study the Bible from Genesis to Revelation.
In Genesis 1:1, the Bible says:
“In the beginning God created the heavens and the earth.”
The Hebrew word translated God in Genesis 1:1 is “Elohim,” which is a plural noun. The -im ending on a noun in Hebrew is like -s in English. So, the proper reading of Genesis 1:1 is “In the beginning, Gods created the heavens and the earth.
In Numbers 6:24-26, the Lord spoke to Moses and directed Him to tell Aaron and his sons to bless the sons of Israel saying:
“The Lord bless you and keep you. The Lord make His face shine on you and be gracious to you. The Lord lift up His countenance on you and give you peace…’”
Three times in this passage you find, “The Lord.” This is a clear reference to God in three persons.
Prophet Isaiah alluded to the Trinity when he said, “Holy, Holy, Holy, is the Lord of hosts, The whole earth is full of His glory.” (Isaiah 6:3).
“Holy, Holy, Holy” is a reference to the Trinity: God the Father, God the Son, and God the Spirit, who are all holy.
Another reference to the Trinity in the Old Testament is in Isaiah 48:16, where God the Son talks about God the Father sending Him and the Holy Spirit.
“Come near to Me, listen to this. From the first I have not spoken in secret. From the time it took place, I was there. And now the Lord God has sent Me, and His Spirit.”
Throughout the New Testament, the Trinity nature of God becomes even clearer.
When Jesus was being baptized, the Holy Spirit descended upon Him as a dove, and the Father said:
“This is My beloved Son, in whom I am well pleased” (Matthew 3:17).
We see this again in the Book of John:
“I will ask the Father, and He will give you another Helper…that is the Spirit of truth.” (John 14:16-17).
The Trinity is one of those truths that is just too great for the human mind to comprehend. It continues to frustrate those who pursue it intellectually. God has allowed us a glimpse of it, but we cannot hope to understand it in its fullness. We must simply and confidently believe it (Source: John MacArthur).
Advancing an analogy to explain the Trinity is an exercise in futility. The Trinity nature of God is meant for us to believe and not for us to explain. And in believing lies our salvation.