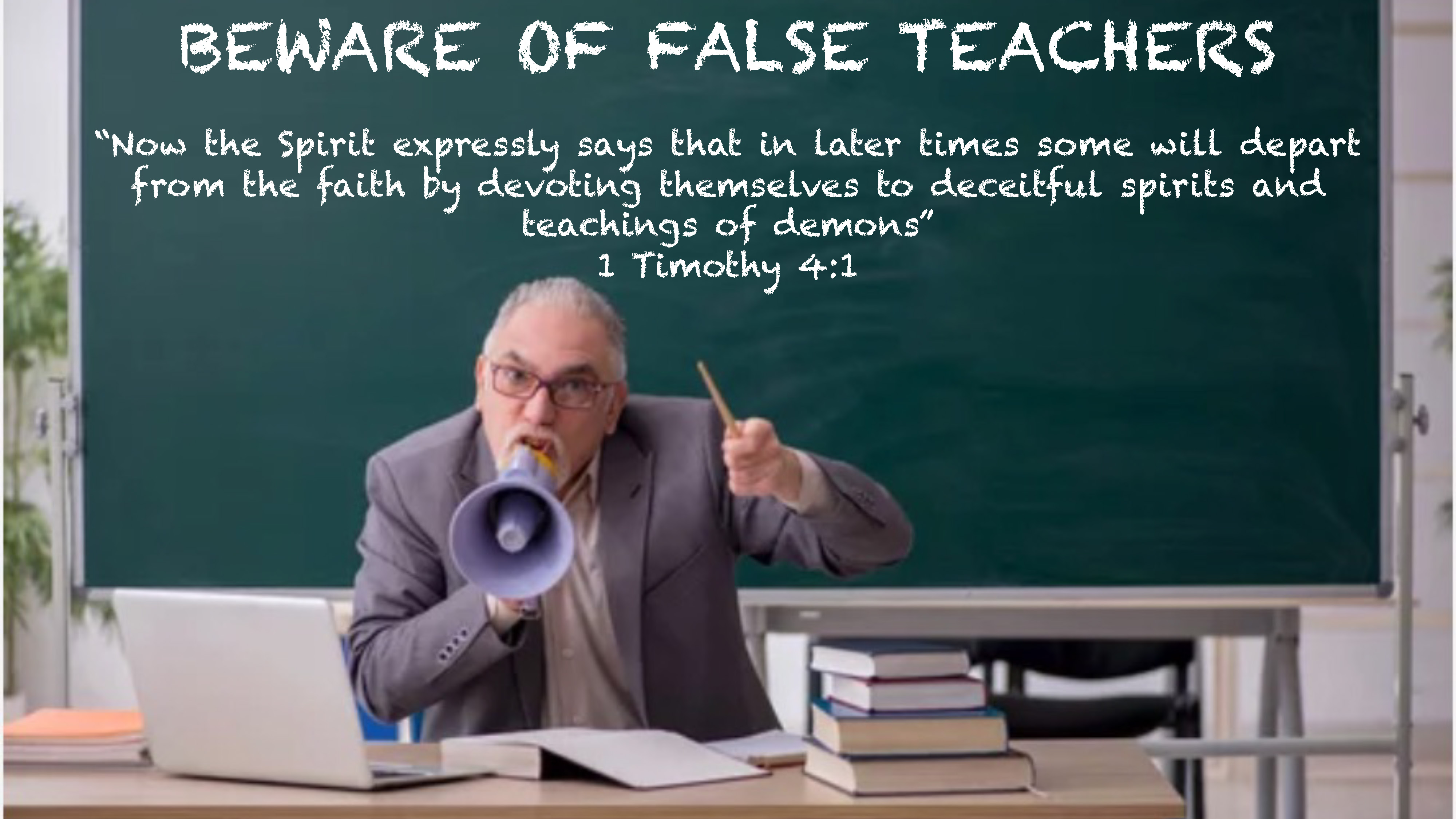 By Akin Ojumu
Chronic cyanide poisoning occurs when an individual is exposed to small amounts of the chemical over a prolonged period of time. The symptoms are gradual, increasing in intensity over time. The person may experience malaise, nausea, confusion, headache, difficulty breathing, seizure, loss of consciousness, and cardiac arrest.
This is exactly what happens when someone is chronically exposed to Biblical error. A believer who consumes false teachings over a protracted period of time will soon experience malaise, confusion, apnea, seizure, loss of consciousness, cardiac arrest, and death in their Christian faith.
Besides their subtlety and insidious nature, what makes false teachings and doctrinal errors particularly dangerous is the simple fact that they are toxic to the faith and deleterious to spiritual growth. Wherever there’s error, lawlessness abounds. Sexual scandals and financial malfeasance always follow false teachers.
The tree of faith cannot grow in the soil of error. A thirsty soul cannot be quenched by the polluted waters of falsehood. Those who feed on false teachings are unwittingly poisoning their soul with Satan’s toxins. Heretic doctrine, like festering gangrene, will metastasize to consume the whole body in paroxysm of pain and death.
A Christian life tethered onto the soil of untruth will, sooner or later, wither and die. You don’t have to take my word for it, all you’ve got to do is look at the early Christian fathers and how vigorously they fought back against the encroachment of false teachings.
Around AD 65, Apostle Peter was imprisoned in Rome by Emperor Nero. Realizing he would soon be executed and worried about the rapidly proliferating false prophets who are out and about corrupting the assemblies of Believers, Peter wrote another letter to the Christian exiles who were scattered all over Pontus, Galatia, Cappadocia, Asia, and Bithynia, to call their attention to the Tsunami of destructive heresies flooding the Church by self-appointed prophets.
“But false prophets also arose among the people, just as there will also be false teachers among you, who will secretly introduce destructive heresies, even denying the Master who bought them, bringing swift destruction upon themselves.” (2 Peter 2:1).
Apostle Paul was another prominent early Christian leader who blew the horn to alert the Church to false teachers and the poison they spread.
Night and day for three years, and with tears, Paul warned the elders of the Church in Ephesus of ravenous wolves who would come from among them and from outside to destroy the faith of many with their lies.
“I know that after my departure savage wolves will come in among you, not sparing the flock; and from among your own selves men will arise, speaking perverse things, to draw away the disciples after them. Therefore, be on the alert, remembering that night and day for a period of three years I did not cease to admonish each one with tears.” (Acts 20:28-31).
Likewise, Paul warned Timothy to beware of false teachers and their false teachings because they serve no useful purpose, bring ruin to the hearers, lead to further ungodliness, and cause people to stray away from the faith.
“Remind them of these things, and solemnly charge them in the presence of God not to wrangle about words, which is useless and leads to the ruin of the hearers. Be diligent to present yourself approved to God as a workman who does not need to be ashamed, accurately handling the word of truth. But avoid worldly and empty chatter, for it will lead to further ungodliness, and their talk will spread like gangrene. Among them are Hymenaeus and Philetus, men who have gone astray from the truth saying that the resurrection has already taken place, and they upset the faith of some.” (2 Timothy 2:14-18).
Satan always dilutes the truth of God with his lies. Demons are out in the world sowing seeds of confusion in the heart of men to make it impossible for them to perceive the truth of God by drowning them in a sea of deceit. The fall of mankind is a result of Satan’s clever misrepresentation of truth to Eve. Since Adam and Eve took the bait of Satan, the human race has existed in the muck of sin, drowning in an ever-deepening morass of deceit (John MacArthur).
Devastation and destruction are eventual byproducts of false teachings. Those who continue to sit under the influence of false teachers are setting themselves up for a great regret in the day of reckoning when we shall all stand before the bema seat to give an account to God of how we lived our lives.