ART OF SPIRITUAL WARFARE (PART I) 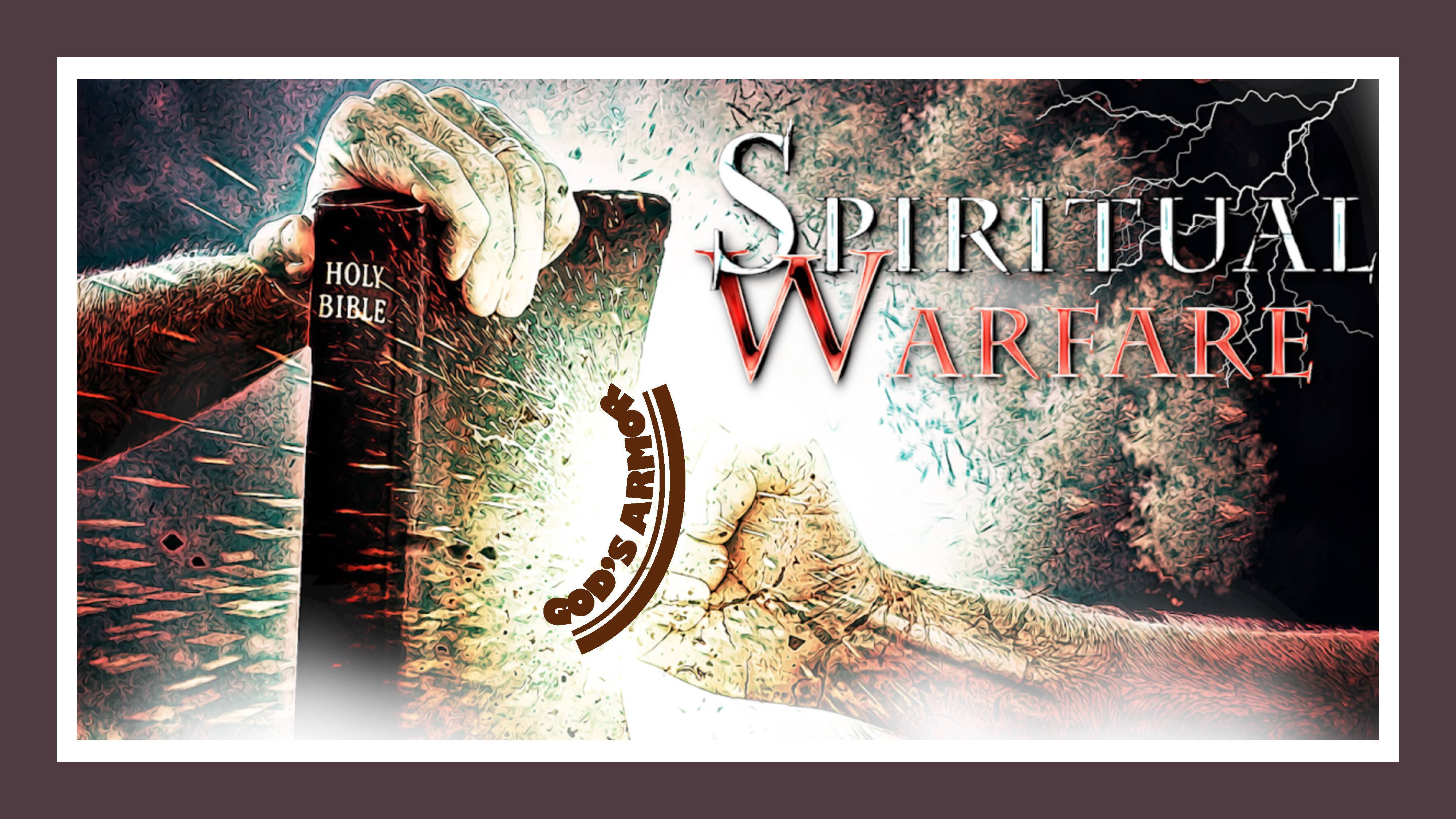 “Discerning Satan’s Wiles”
By Akin Ojumu
Scripture is the Word of God and food for the Christian soul.
“Your words are what sustain me; they are food to my hungry soul” (Jeremiah 15:16, The Living Bible).
The Lord Jesus Christ is the Bread of Life. In order for the Christian to grow and mature in the faith, he must feed on the Word of God, for the Word of God is the Living bread.
“It is written, ‘Man shall not live on bread alone, but on every word that proceeds out through the mouth of God.’” (Matthew 4:4)
The faith of any Christian is as strong as his understanding of God’s Word. Proper understanding of the Word of God comes only from studying Scripture one verse at a time...contextually, historically, and grammatically.
I’m just a learner, like any other student of the Bible. This commentary comprises of notes from my personal study. I hope it’ll be a blessing to anyone who reads it.
As he concluded his letter to the Church at Ephesus, Paul felt the need to remind these Christians, over whom he had labored for many years, that they are engaged in an eternal spiritual warfare. He showed them the enemy and his strategies. And he let them know the weapons with which they are to fight.
“Put on the whole armour of God, that ye may be able to stand against the wiles of the devil.” (Ephesians 6:11).
The enemy is always the devil…and never man.
Satan’s strategy are always “wiles” ...i.e., the wiles of the devil…
The Greek word translated “wiles” is methodeia…
Wiles, i.e., methodeia, means methods, strategies, schemes, tactics…
Methodeia generally refers to the orderly, logical, carefully crafted, effective, step-by-step arrangement followed to achieve an objective.
It’s a word that describes deliberate planning or systematic approach with either positive or negative connotation.
Methodeia occurs 2 times in the Bible (Ephesians 4:14 and 6:11). Both times it’s used with a negative connotation.
In the negative sense, methodeia means cunning arts, deceit, craft, trickery, schemes. It refers to the use of clever methods or shifty strategies to attain a desired diabolic end.
In Ephesians 4:14, methodeia is translated “lie in wait.”
“That we henceforth be no more children, tossed to and fro, and carried about with every wind of doctrine, by the sleight of men, and cunning craftiness, whereby they lie in wait to deceive.”
Paul warned the Ephesians never to underestimate Satan. This angelic being is orderly, logical, intentional, and deliberate in the approach he uses to achieve his nefarious purposes.
Like the snake that he is, Satan patiently lies in wait, i.e., sets an ambush or lays his trap. Subterfuges and chicaneries are his tools. You misjudge him at your own peril.
Satan knows each person’s weaknesses and vulnerabilities. So, he carefully, methodically, and selectively directs his attacks to where the person is most at risk.
“But each one is tempted when he is carried away and enticed by his own lust.” (James 1:14).
Towards the ultimate goal of discouraging, disheartening, and defeating the Christian, Satan’s attacks are targeted and tailored to each individual’s weaknesses, i.e., “his own lust.” He uses specific, subtle, stealthy plans to attack each person.
Common to all of Satan’s wiles and methods, however, is the fact that they are attractive, alluring, deceptive, ensnaring, potent, and deadly.
Satan lies in wait with false doctrines, false teachings, false prophecies, false religion, to deceive, mislead, trap, and destroy. The devil’s methodeia comprise of the spurious signs, lying wonders, and manufactured miracles he uses to lure people away from the truth to get them trapped in false religion and denominations.
The devil destroys by deceiving, lying, distorting, counterfeiting, masquerading, and clouding human minds with illusion and fantasy.
Satan entraps with the lust of the flesh, the lust of the eyes and the pride of life. He inundates the undiscerning Christian with promises of health, wealth, and success, arousing his fleshly desires and causing him to make the pursuit of worldly riches an all-consuming passion and purpose of life.
So, Paul enjoined the Ephesians to:
“Put on the whole armour of God, that ye may be able to stand against the wiles of the devil.”
Put on...Greek “endyo” which means, to sink into a garment, to invest with clothing, to have on perpetually…put on without ever taking off…
Whole armour, i.e., panoplia from pas (all) and hoplon (weapons).
Without putting on the whole panoply of God’s armour perpetually, the Christian has no chance against Satan.
You can’t withstand the wiles of Satan by exorcism. No one can bind or cast their way out of Satan’s methodeia.
The only chance the Believer has of ever surviving Satan’s lie in wait is to always put on the full array of God’s armor. It’s by donning the pas hoplon, i.e., whole armor, that Christians avoid becoming victims of Satan’s methodeia.
The question then becomes, what exactly is the panoplia, i.e., the whole armor, of God?
Hopefully, next time.