THE WIDOW, HER MITE & A CORRUPT RELIGIOUS SYSTEM (PART IV) 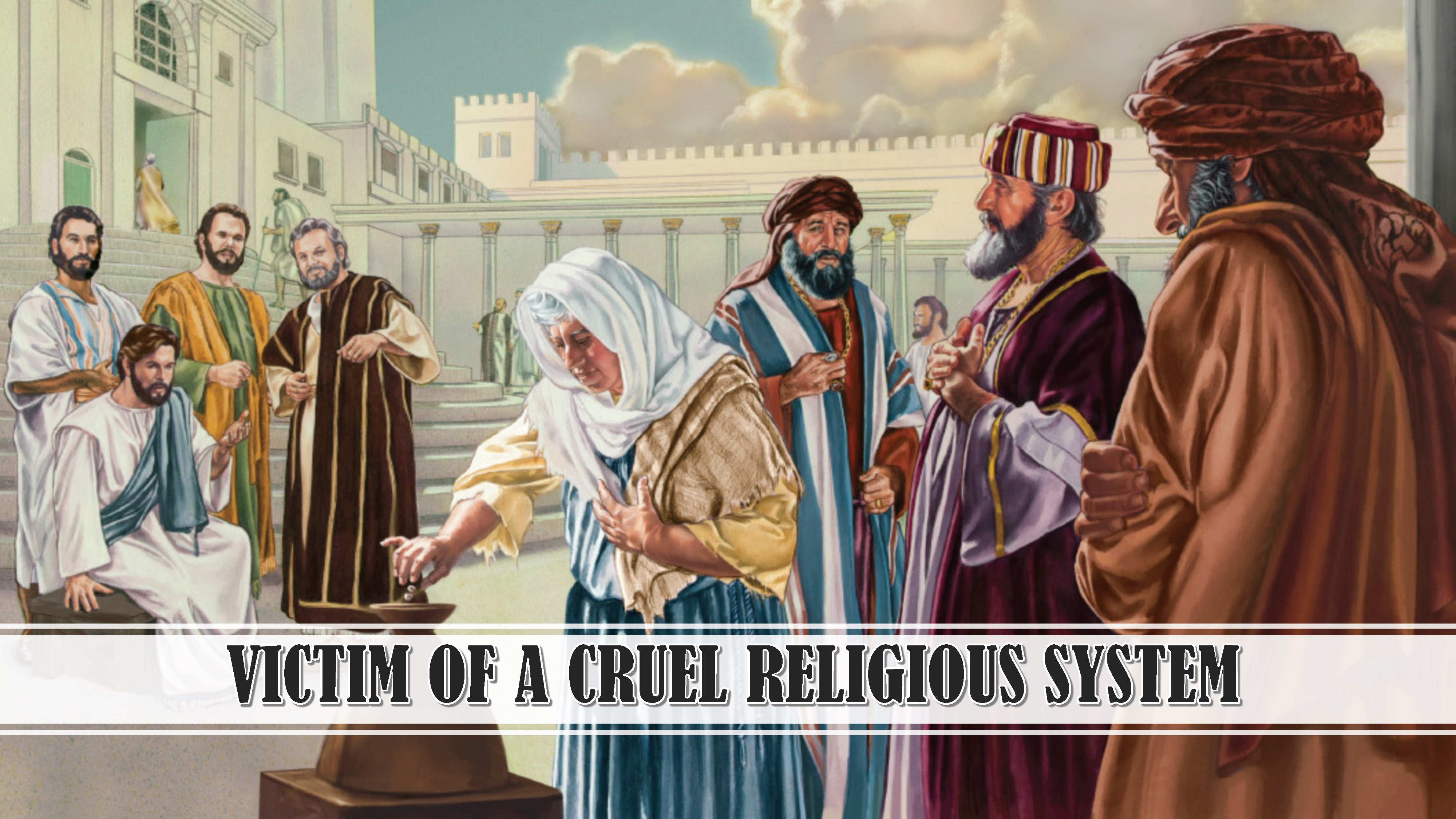 By Akin Ojumu
“When the Shepherd Becomes the Predator”
Not unlike what obtains today in many of the Church denominations around the world, the Jewish religious establishment during the Second Temple/Herodian period, i.e., at the time of Jesus, operated an oppressive system of manipulation, exploitation, and greed.
For filthy lucre, the religious leaders had merchandised the worship of YAHWEH. Greedy of gain, they corrupted the religious sacrifices and festivals turning them into sources of pain and anguish for the poor masses. Very much like the modern-day preachers of health, wealth, and success, those supposed to show the people the way to God, were busy amassing wealth and living lavish lifestyles.
Lacking in deep and authentic spirituality, their piety was limited to expansive symbolism. Void of true spiritual life, endless symbols became the order of the day. They covered the Temple in pure gold and the inside was full of rich trappings. Genuine holiness on their inside was substituted with the outside sign of long robes, enlarged phylacteries, and lengthened tassels.
Furthermore, the people had to address them as “O great one, O knowledgeable one, O excellent one, O exalted teacher,” in the marketplace. To show their greatness above the people, they clamored for places of honor at banquets and loved to be the center of attention.
Even worse than the external display of piety was their cruelty towards the most vulnerable amongst the people. Those deserving the most care and attention were the prime targets of their extortion schemes. This they did by way of false teachings and godless traditions.
In His very last sermons, Jesus warned the people about the religious leaders:
“Beware of the Scribes…who devour widows’ houses, and for appearance’s sake offer long prayers; these will receive greater condemnation.” (Mark 12:38-40).
The Scribes were one of a kind among the religious leaders. These were the experts in the Law; the gatekeepers of the Law, as it were. The Jewish society being a theocracy, the religious establishment and the Jewish ruling aristocracy were virtually one and the same.
So, the authority of the Scribes extended beyond religious issues, to include civil and social matters as well. And they were corrupt through and through. When Jesus said the Scribes “devour widows’ houses,” the word “devour” means to plunder. The following are some of the ways the Scribes plundered.
Even though it was forbidden, the Scribes demanded financial support from widows for themselves. Pretending to offer legal protection, they cheated widows out of their estate by mismanaging the properties.
Widows with limited mental capacity were at the brunt of the cruelty of the Scribes. As the older women lost the ability to figure out what was going on, the Scribes would steal them blind. Then they would take the house of a widow in pledge for the debt that they were owed for their legal services. When the widow died, they would take over the property leaving the children with nothing.
The Scribes were leeches who abused the hospitality of widows by living, rent-free, in the homes of widows, taking up the entire place, eating their food in a gluttonous fashion, and making all kinds of demands.
To make matters worse, the Scribes, along with the other religious leaders, deployed the tactics of manipulation and fear as means of lining their pockets. One of the most prominent rabbinical teachings of the time was that people who wanted God to bless them had to pay for it. They also taught that people could purchase their way to Heaven.
Consequently, they set up thirteen receptacles in the Temple treasury strategically placed in the Court of the Women. There it was that people came to drop money to obtain God’s blessings and purchase their salvation. According to rabbinical teachings, the more money you gave, the more blessings you received. Of course, the people were literally pouring money into the receptacles to buy their blessings and redemption. The rich gave large sums of money, while the poor gave everything they had left.
It was this system of exploitation that led the poor widow to drop her last two copper coins in the Temple treasury, probably thinking that God would double the money. This woman was a victim of a corrupt religious system, a system that took advantage of the ignorance of the vulnerable and preyed on the fear of everybody else.
The religious leaders, who were meant to be shepherds of the people, had become wolves devouring the people. Those who were supposed to be protectors of the masses had turned themselves into predators from which the people needed protection. A religious system that would strip a poor widow of her last two cents is an epitome of cruelty.
So, when Jesus pointed to the poor widow and others who were dropping their money into the Temple treasury in Mark 12:41-44, the Lord wasn’t commending the widow for her sacrificial giving or recommending that as the model for giving. This was Jesus lamenting the economic ruthlessness of the religious establishment. He was showing His disciples how a religious system made victims out of vulnerable people.
Now, if that sounds familiar to you, it is because that’s exactly what we see happening in Christianity today. Like Judaism of Jesus’ days, the modern-day Church is equally a cesspool of exploitation and manipulation by greedy and cruel religious leaders.