THE WIDOW, HER MITE & A CORRUPT RELIGIOUS SYSTEM (PART I) 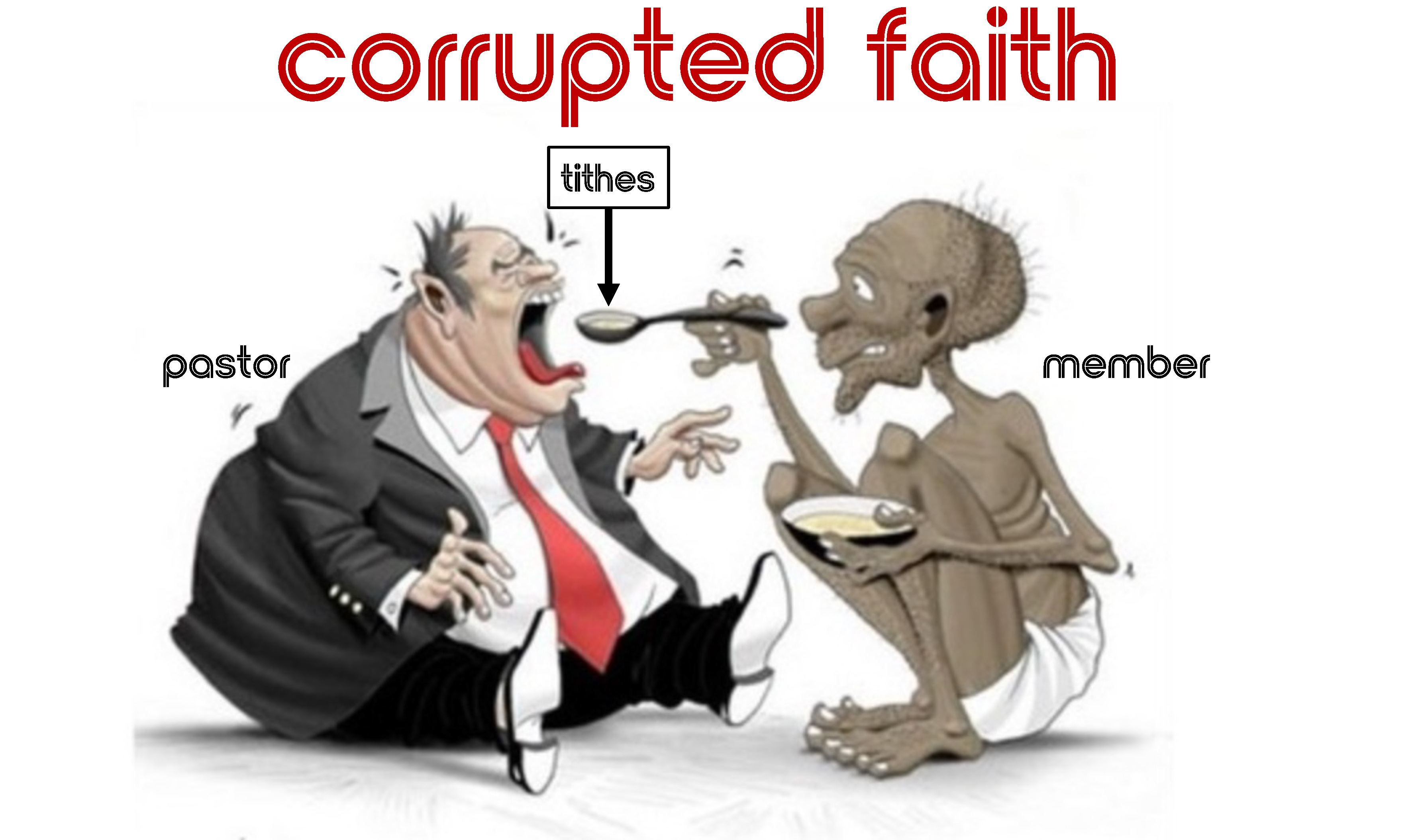 By Akin Ojumu
“A Rotten Religious Establishment”
“And He sat down opposite the treasury, and began observing how the people were putting money into the treasury; and many rich people were putting in large sums. A poor widow came and put in two small copper coins, which amount to a cent. Calling His disciples to Him, He said to them, “Truly I say to you, this poor widow put in more than all the contributors to the treasury; for they all put in out of their surplus, but she, out of her poverty, put in all she owned, all she had to live on.” (Mark 12:41-44; Luke 21:1-4)
That’s the story of the poor widow who dropped her last two copper coins into the treasury of the temple in Jerusalem. It’s a story many of you are familiar with and have probably read over and over again…ad infinitum and ad nauseam. In the times I have heard this story preached, the interpretation of it has always been that of a poor old lady who gave her all.
Consistently, everyone I hear preach about this woman always comes to the same conclusion. This was a widow who, despite her extreme poverty, gave God her last coin. This woman, they all say, shows us the pattern of giving to God, which is to give sacrificially all we have. The Lord Jesus, these preachers claim, is using this story to remind us that God wants us to give everything to the Church, to the very last dime we have.
Logically, this interpretation of the story of the poor widow became the lens through which I read this passage of Scripture. Every time I read about the widow dropping her last copper coins in the treasury’s receptacle, the backdrop is a picture of a poor old widow who brought all she had left in the world to Church and dropped it in the offering basket.
Lately, however, as part of an ongoing overall process of personal re-examination of my beliefs and reassessment of my understanding of Scripture, I have subjected to scrutiny what I have been told is the lesson to be learnt from the story of poor widow who dropped her last two copper coins into the temple treasury. What I found from my retrospection will shock many who are reading this commentary.
After all these years, it’s just now dawned on me that what I had hitherto believed about the story of the poor widow is wrong. Looking at it from the proper context, I have come to learn that the lesson the Lord Jesus was trying to convey to His disciples by directing their attention to the old widow who was dropping her last coins in the treasury has little or nothing to do with sacrificial giving at all. What Jesus was, instead, doing was showing His disciples another example of the corruption that had come to define the Jewish religious establishment.
For those who might be saying, “I don’t see it that way at all.” Well, look again at the entire context of the story. This was an event that took place on the Wednesday leading up to the arrest and crucifixion of Jesus. The Lord had been in the temple all day teaching His disciples and the crowd gathered around Him.
Just prior to the widow coming into the scene, the religious establishment had sent a high-powered delegation to Jesus to ask Him a series of malicious questions. Their motive was not to learn anything from the Lord. Rather, they were hoping Jesus would say something they could use to incriminate Him and, perhaps, have legal grounds to get rid of Him.
First, it was the Pharisees that came with their questions. Cleverly, Jesus parried and disposed of them. Following quickly after were the Sadducees. Again, Jesus did a rope-a-dope, bob-and-weave, to escape their trap. Last of all were the Scribes, i.e., the legal experts. Again, they suffered the same fate having failed to catch Jesus.
“After that,” we read in Mark 12:34, “no one would venture to ask Him any more questions.”
It was after Jesus had finished dispatching the religious leaders and foiled their attempts to get Him to incriminate Himself, that He started to teach His disciples, warning them saying,
“Beware of the scribes who like to walk around in long robes, and like respectful greetings in the market places, and chief seats in the synagogues and places of honor at banquets, who devour widows’ houses, and for appearance’s sake offer long prayers; these will receive greater condemnation.” (Mark 12:38-40).
Pointing to the poor widow, Jesus showed His disciples the extent to which a corrupt religious system would go to take advantage of the poor, the widow, and the downtrodden.
We’ll take it from here next time.