LOVE NOT THE WORLD (PART III) 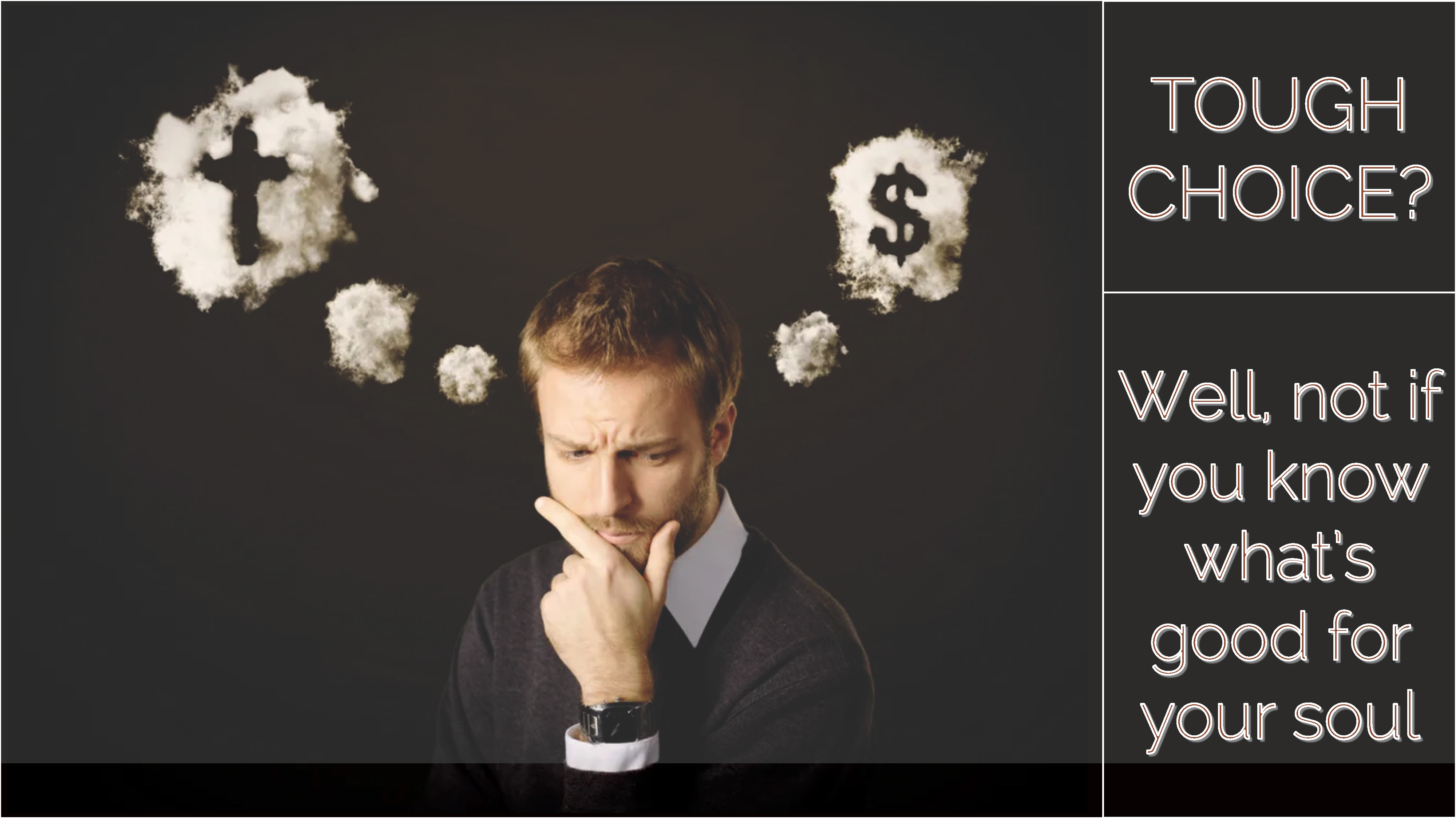 “You Can’t Serve Two Masters”
By Akin Ojumu
Back in the 1960s and 1970s, a massive tidal wave of Pentecostal expansion swept across Nigeria. All over the country, the fire of revival raged on the college campuses. As the heat of spiritual awakening melted away stony hearts in the ivory towers of academia, the light of righteousness descended on a nation hitherto covered in pitch darkness.
Propelled by the vibrancy of young college students, evangelical Christianity in Nigeria took off like a runaway rocket, with the engine roaring, smoke billowing, and lights glaring. Traditional denominations, such as the Anglican, Baptist, Catholic, etc., witnessed a mass exodus of spiritually hungry youths who left their parents’ Churches in droves to join the emerging unaffiliated evangelical groups where God was moving in mighty ways.
Under the spiritual tutelage of pioneers like Pa Sydney Elton, Benson Idahosa, W.F. Kumuyi and a few others, young Nigerian students in University Campuses across the country, established strong Christian fellowships where the truth of Scripture was taught and members were nurtured into matured Believers who love the LORD with all their heart, with all their soul, with all their strength, and with all their mind. These campus fellowships went on to become the breeding ground for Christian leaders of the future.
As they gave themselves to prayers and study of God’s Word, the students increased mightily in faith and in the fear of the LORD. Totally consumed by the zeal for the LORD, the college Christians entertained no thoughts for the things of this world. Heaven was where their treasure was, and it was where the heart was also. Being with the LORD was the preoccupation of their mind.
Such was the case until savage wolves crept into their midst and began to spread the deceptive gospel of gaining the whole world. Under the guise of balanced teaching and rationality, the Christian students were indoctrinated into the message of health, wealth, and success. Men and women, whom they looked up to and who once taught them not to love the world, had made a 360 degree turn and were now telling them to enjoy the earth for it is the Lord’s and the fullness thereof. To persuade the young Christians that this new message is the right message, they came decked, head to toe, in expensive attires in their newly acquired luxury vehicles.
Gradually, the hardness of the Christian students towards the world began to soften. Slowly but surely, they bought into the alluring possibility of speaking to stones and turning them into bread. They believed they could throw themselves down from the pinnacle of the temple and not get a scratch. And they were sold on the lie that acquiring the splendor, magnificence, and excellence of this world could not hurt their soul. Steadily, holiness and righteousness began to fade away. The pursuit of the treasures of this world took on greater importance and the drive for earthly pleasures exerted on their soul a crushing dominance.
Conned into believing they could strike a balance between wholly giving themselves to the LORD and fully partaking in temporal pleasures, the students soon discovered that there’s no stopping the craving for more once you develop a taste for the good things of the world. Their thirst for worldly pleasures could not be quenched and the appetite for temporal treasures became insatiable.
“Love not the world, neither the things that are in the world. If any man loves the world, the love of the Father is not in him.” (1 John 2:15).
Satan is the prince of this world, and the spiritual system of evil that operates in this physical realm is under his control. The system’s function, mindset, ideology, viewpoint, and behavior are hostile to God. Therefore, the world is irredeemably opposed to God and everything godly. The very nature of the world is set in violent opposition to the kingdom of God.
All the world does is to incite sin. The remnant of the flesh in us is a beachhead for iniquity. This system of rebellion against God is run by Satan and it is set up on the earth as the antithesis to the kingdom and the church of Jesus Christ. It is, therefore, a grievous error for any Christian to think he can embrace this system of evil and not be debased by it. All you need to do is to look around at the current state of the Christian church worldwide. The devastation the romance with the things of the world has caused is evident to all.
Give Satan an inch in your life, he’ll take your entire lifetime. Those who think there is a balance between loving God and loving the world are deceiving themselves. The absolute love of God demands an absolute hate of the things God cannot love. You cannot love God and mammon at the same time.
Anyone who believes he can tame the tiger of carnal desire is playing with hell’s fire. If you stick your hand into the cockatrice’ den you can expect to be stung with its poisonous venom. Any Christian who continues to think he can love the world and love God at the same time is toying with his eternal destiny.