LOVE NOT THE WORLD (PART II) 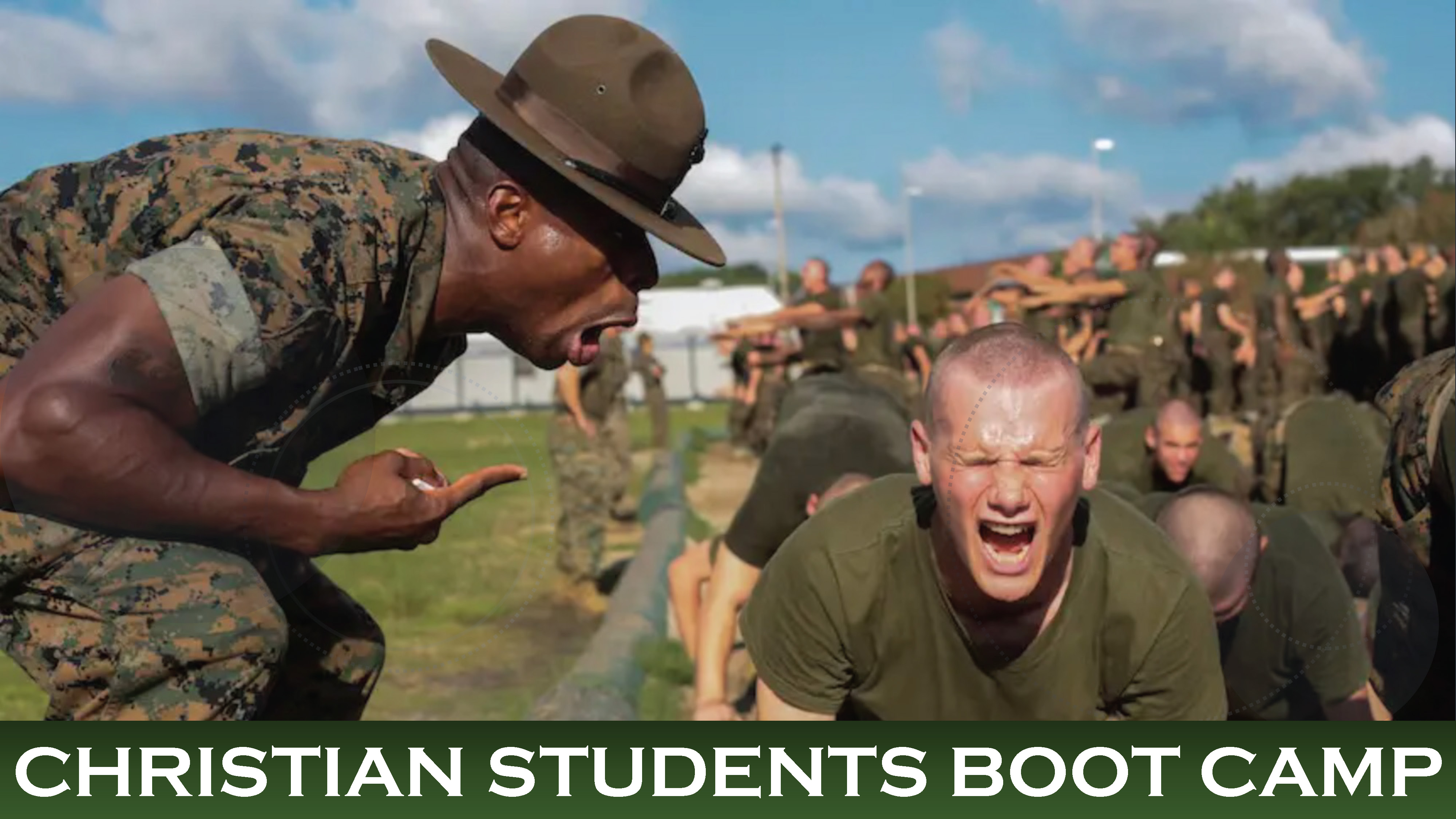 “Campus Fellowship Was a Boot Camp”
By Akin Ojumu
The military boot camp is an extremely intense military training that helps new recruits develop into mature, highly disciplined, and fully capable service members. The training prepares recruits for all elements of military service: physical, mental and emotional. It gives them the basic tools necessary to perform the roles that will be assigned to them for the duration of their tour. The purpose of this training isn’t to “break” recruits. In fact, the combination of physical training, field exercises and classroom time makes individuals strong and capable. It’s a tough process, but a rewarding one that many service members value for life (Credit: Today’s Military and Military.Com).
College campus fellowship was a spiritual boot camp for many of those fortunate enough to have passed through it. The college campus was where you’d find some of the most devoted Christians you’d ever meet. Perhaps, it was their youthful exuberance or the relentless optimism, Christianity on the college campus was on a whole different level.
Characterizing many of the student fellowships was strong Bible literacy. Members were taken through a Bible seminary, as it were, where they received the best education on the Word of God of their lifetime. As a result of the extensive Bible teachings, a vast majority of the Christian students turned out to be solidly grounded in the faith, firmly rooted in the Word of God, and on fire ready to burn down the kingdom of Hell.
Their zeal for God was beyond belief and their passion for lost souls was something they wore on their sleeves. They were fearless in the face of stiff Satanic and human oppositions. Not minding the risks and the hazards they encountered, they took the fight straight to the enemy’s camp. Not at least fazed by the demonic resistance, the young Christians invaded and ransacked the strongholds of darkness, in the process winning many souls for the Kingdom of God.
Of course, many of them paid dearly for daring to intrude into the fortresses of principalities and garrisons of powers. Many experienced setbacks in their academics and not a few endured health challenges. Some were disowned by families and others faced myriads of unexplainable personal challenges that could only be attributed to satanic payback for wreaking havoc on the kingdom of darkness. Still, many weren’t deterred by the counterattacks from the enemy’s camp.
Unfortunately, not all survived the attacks. Eventually, there were casualties in the war against the kingdom of darkness. The satanic counteroffensive came fast and furious, and in various ways and diverse forms. Of all the satanic strategies deployed to try and derail the young soldiers of Christ, none was more effective than the cunningness with which Satan manipulated and shaped their attitudes towards the things of this world. Surreptitiously, savage wolves crept into the fellowships, and they did not spare the flock. Even some from within them rose up to distort the truth in order to draw a following. Unhealthy emphasis on material gains soon took center stage and the pursuit of pleasures of this life suddenly rose to prominence like never before.
It was out of this whole ball of wax that the four categories of College Christians described in Part I of this commentary gradually emerged. While some of the students, i.e., the six-thirty (6:30) Christians, went whole hog into embracing the world and all it provides, the twelve o’clock (12:00) Christians went in the opposite direction, refusing to bow to the deceptive glamour of temporal treasures and would not be distracted by the allure of fleeting pleasures. Instead, the twelve o’clock (12:00) Christians insisted on giving themselves wholly and fully to things that redound towards eternal glory.
In between the two extremes were the straddlers, i.e., the twelve-thirty (12:30) and the six o’clock (6:00) Christians, who had one leg planted in the muck of the world and one leg planted in the splendor of Heaven. Desiring to enjoy the benefits of both realms, they tried to strike a balance between two conflicting forces, hoping to find harmony between two diametrically opposed interests. Still, both insisted that their disposition to worldly goods was the rational and balanced approach.
“Love not the world, neither the things that are in the world. If any man loves the world, the love of the Father is not in him.” (1 John 2:15).
Considering 1 John 2:15, is there such a thing as a “demilitarized zone” between loving the world and hating it? Is it even possible for a Christian to have affection for the things of the world and not be totally consumed by them?
These and other questions will be reviewed next time.