CHAFF FROM THE WHEAT 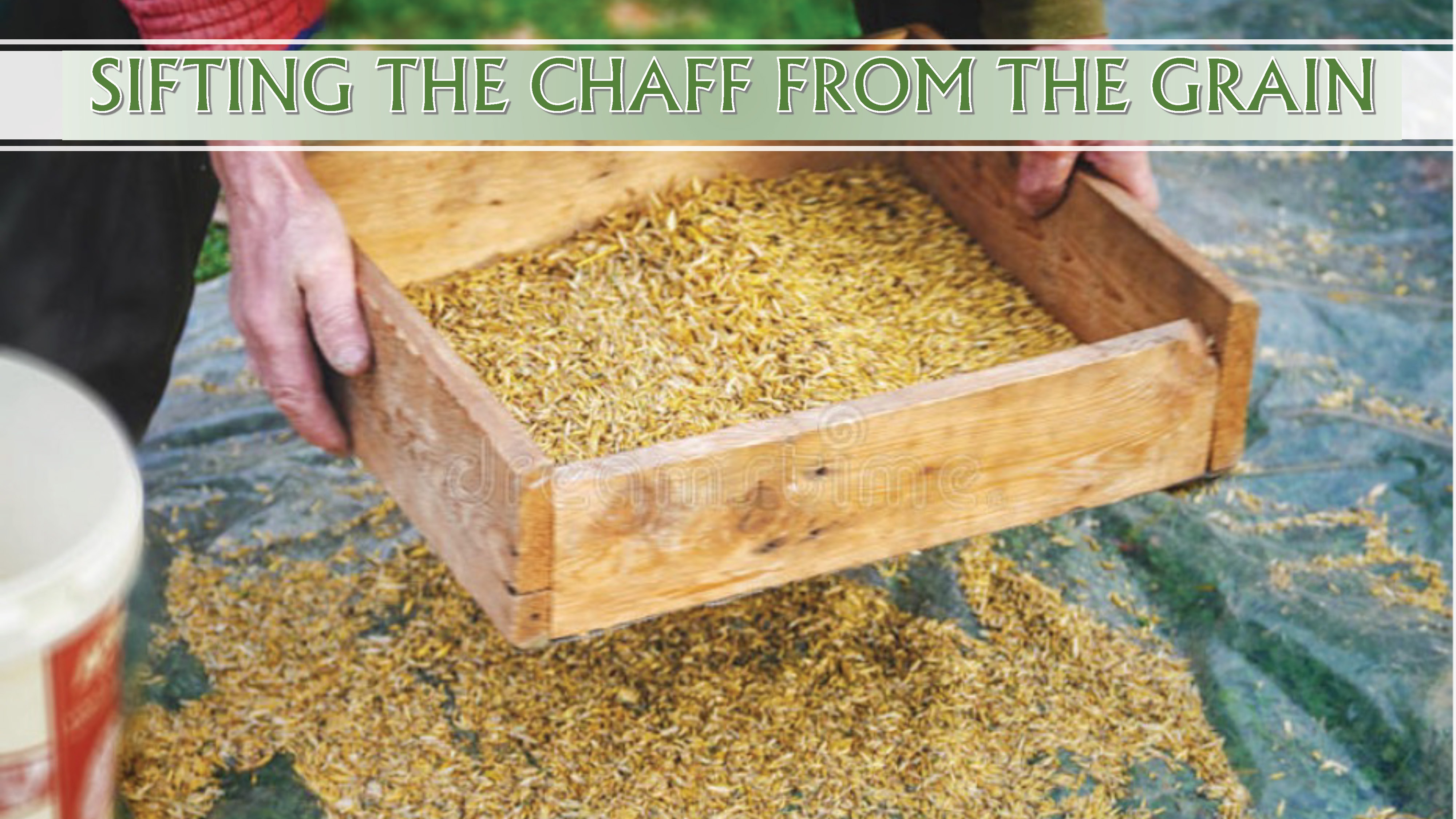 By Akin Ojumu
Long gone is the Christianity of the 1970s and 1980s. Those were the days when to be outed as a born-again Christian was to become a target of soul-crushing ridicule and embarrassing humiliation. Back then, born-again Christians were scorned by families, derided by friends, and despised by society.
So agonizing was the life of the redeemed Christian that nobody wanted to have anything to do with an SU, as born-again Christians were derogatorily called back then. You could say that being a born-again Christian was akin to having a millstone hanging around one’s neck. To surrender one’s life to Jesus came at a heavy cost in those good old days.
Today, Christianity is astonishingly different from what it was back then. Born-againism is now very much in vogue. Nowadays, every Tom, Dick, and Harry calls himself born-again. Like a trending fashion or viral social media fad, everybody wants in on the born-again train. The born-again phenomenon has become so ubiquitous that you’d even find some folks of the Islamic faith who call themselves born-again Muslims. Abolished is the deep contempt and forgotten is the instant disdain that used to be associated with that name, “born-again”.
If you thought the widespread societal appropriation of the term born-again was a good thing for the Church, think again. The wholesale normalization of born-again Christianity was never going to be serendipity for the Church. On the contrary, the embrace of born-again Christians has turned out to be the lethal stranglehold that is choking life out of the Body of Christ.
“For what fellowship has righteousness with lawlessness? And what communion has light with darkness? And what accord has Christ with Belial? Or what part has a believer with an unbeliever? And what agreement has the temple of God with idols?” (2 Corinthians 6:14-16).
You know the Body of Christ is no longer what it’s supposed to be the moment you find the birds of the air of all shapes and stripes come in droves to nest in its branches. It is only natural for the enemies of God to feel comfortable in a Church atmosphere that neither confronts them with their unrighteousness nor convicts them of their iniquities. The world would never be chummy with the Church unless it has become compromised and indistinguishable from the world, and its message is so watered down it no longer pricks sinners in their conscience.
A Christianity that promises the sinner every material thing under the sun is sure to become fashionable. When Christianity demands nothing from those that profess to be Christians, it is only logical to expect Church auditorium everywhere to be packed to the rafters.
The weakness of the Church, the superficiality of the Church, the shallowness of the Church, the hypocrisy of the Church, is directly related to the absence of any cost or any price to pay to be a Christian. When there is no price to pay, everybody wants to jump on the bandwagon.
The Church is in spiritual cardiac arrest and needs a cardiopulmonary resuscitation. To wake the church from its comatose state, a spiritual defibrillation is necessary. Unless compelled by some cataclysmic event, it’s impossible to see how contemporary Christians will ever awake from their protracted somnolence. The fire of persecution is the only thing that can rouse modern-day Christians from their spiritual slumber.
If persecution came to the church today, the result would be a very different kind of Christianity than we currently see. Should they be confronted with the fire of persecution, a whole lot of people who say they are Christians and are eager to talk about Jesus would quickly flee and hide.
If there was a high price to pay for being a Christian, many who professed to know Jesus today will swiftly renounce the faith and many who claim they love the LORD will speedily denounce Him as a cosmic killjoy.
Persecution is the divine sieve that separates the wheat from the chaff pretty fast. At the slightest whiff of pressure, faux born-again will cut and run. The minute they sense the tiniest hint of a stiff cost to pay, the pseudo-Believers will take a hike.