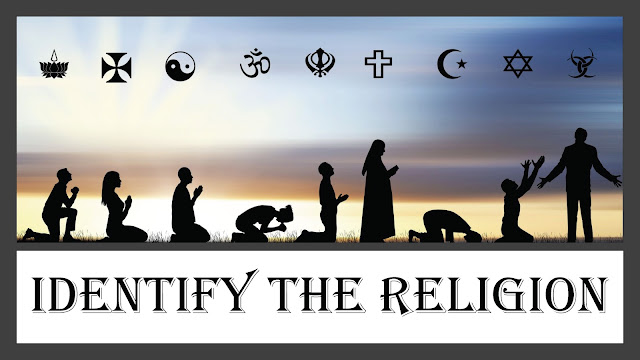 By Akin Ojumu
Let’s play a game of “identify the religion.”
There is a popular religion practiced by lots and lots of people today. What I’m going to do is give you a few hints about some of the important characteristics and key features of this religion. Your job is to correctly identify the religion so described. Let’s see if you are as savvy – religiously speaking – as you think you are.
In this religion, there is a supreme & all-powerful deity that all adherents serve and worship. Additionally, there are multiple subordinate deities equally demanding of the worship and services of the adherents. In the practice of this religion, there’s usually a representative of the deity among the people, whom we shall call “The Human Representative,” aka THR, who serves as an all-powerful spiritual guide and all-knowing spiritual father to the adherents.
Considered infallible, and enjoying direct privileged access to the deity, the all-knowing THR knows exactly what’s on the mind of the deity on any given issue at every given instance. Since the THR communes frequently and speaks constantly with the deity, he is regarded by the adherents as a semi-deity himself. The all-powerful THR is the one that provides direction to the worshipers of this religion on the proper way to worship the deity.
Wielding enormous power and commanding tremendous influence, the THR’s word is law and not subject to question by anyone. As proof of his power, the THR often makes categorical predictions about future events. He is known to make authoritative proclamations on a broad swathe of issues. And the declarative pronouncements of the THR are regarded as oracles of the deity.
Very early in their lives, the adherents of this religion are warned that the THR must be feared and revered. The curse of the THR is, perhaps, the one thing the devotees fear the most. The THR’s curse, they believe, is potent and portends destruction for anyone he curses. So, the fear of the THR is the beginning of wisdom. And the followers of the religion are quick to pounce on anyone who dares speak ill of the THR or questions his authority.
In order to seek help from the deity, the adherents of the religion have to go through the THR who serves as the intermediary and the only person who enjoys an open-door policy with the deity. Devotees often curry the favor and benevolence of the deity through a system of sacrifices and offerings. Without the sacrifices and offerings, the prayers of the adherents never get answered. The practitioners of the religion have also learned to tap into the good graces of the deity by showering the THR with expensive gifts and generous donations.
Since the deity has too many needs and requests competing for attention, the adherents of the religion understand that the trick to attracting the attention of the deity to their requests is to offer large-sized sacrifices and  give mega-sized offerings. More importantly, the THR especially frowns at devotees whose offerings and sacrifices are deemed too small and unworthy of the attention of the deity. So, the bigger it is the thing the worshipers want from the deity, the bigger the size of the sacrifices and offerings they bring to the THR.
Peculiarly, though, in the economy of this particular religion, the THR seems to be more materially prosperous than all the adherents combined. While the devotees languish in extreme poverty and crippling penury, the THR lavish in unthinkable extravagance and eye-popping opulence. The practitioners of the religion have come to believe that the reason they don’t fare as well as the THR is because they haven’t learned to tap into the deep secrets of the deity, which the THR has long perfected. So, their utmost quest in life is to acquire the elusive deep secrets of the deity which they believe will magically transform their lives from the current state of severe impoverishment to a future state of limitless affluence.
So, there you have it. There’s no trickery or chicanery, just straightforward attributes of a popular religion known to many of you. The first person to correctly identify the religion described above will be a lucky winner of a private session with the human representative of the deity.