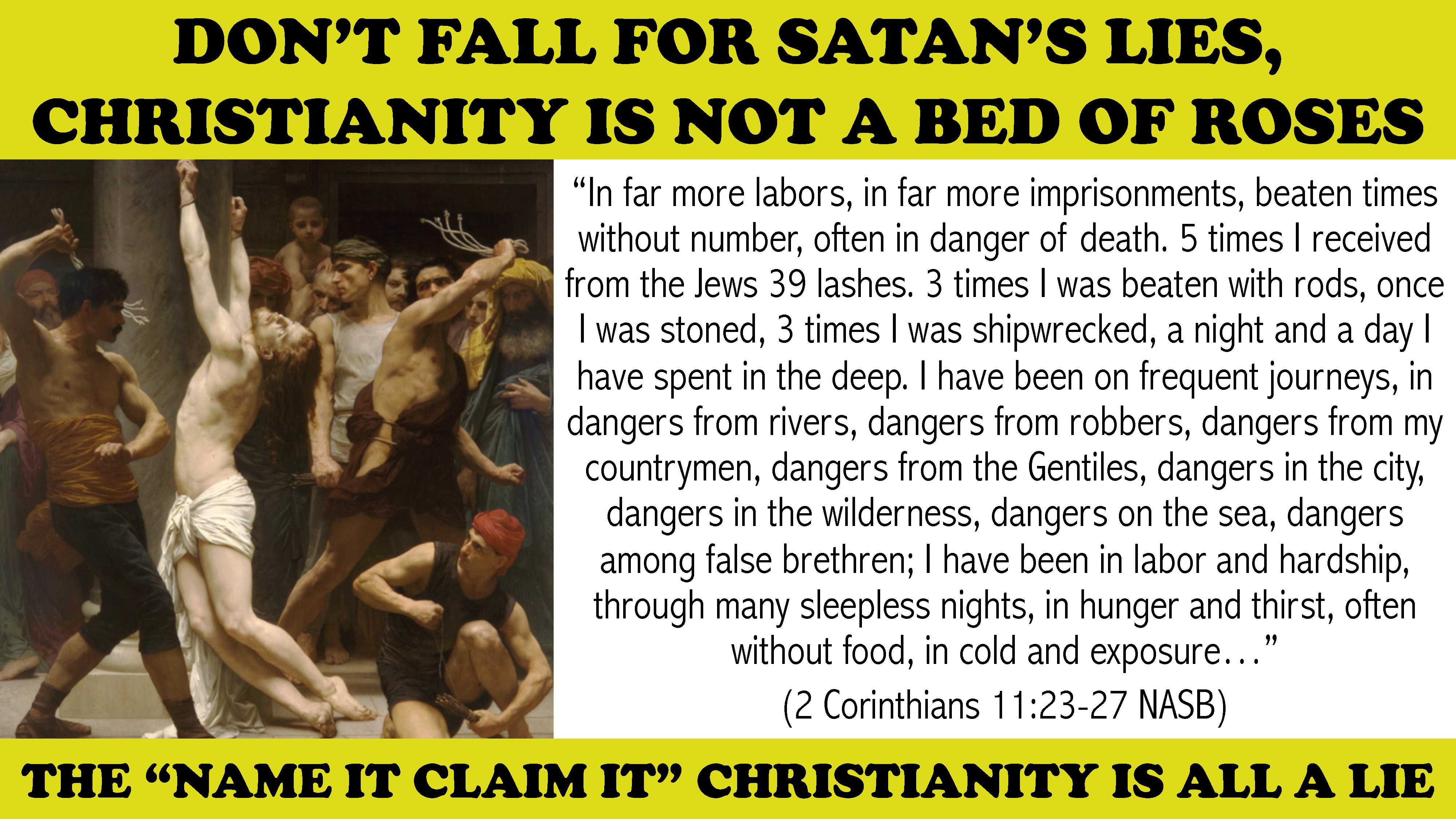 By Akin Ojumu
In 2 Corinthians 11:23-24, Apostle Paul narrated the harrowing experience of being flogged five times with the Jews’ thirty-nine lashes, beaten three times with the Roman’s rod, and once he was pummeled with rocks.
The Jews’ thirty-nine lashes, called the scourging, was originally instituted by Moses in Deuteronomy 25:1-3. The scourge (Latin: flagrum or flagellum) is a whip or lash, especially a multi-thong type, used to inflict severe corporal punishment. It is usually made of leather laden with metal balls, bones, and metal spikes affixed to multiple thongs to give a flesh-tearing bite.
Whenever you read 2 Corinthians 11:23-24, it’s always a good practice to stop and engage your mind in a mental exercise. Try and imagine what it’s like to be beaten with the Jews’ thirty-nine lashes. First, imagine the searing pain as the whip lashes land on the bareback and the tearing sound of flesh being ripped off the skin as the whip is pulled.
Then, I want you to visualize the immediate aftermath of every episode of scourging. The bruised back that is meaty raw and pretty sore, with spurts of blood shooting out from the ruptured capillaries as Paul wearily drops to his knees and collapses on the ground in total exhaustion and unimaginable agony.
Lastly, think of what the back of Paul looks like after being scourged multiple times with a whip that inflicts flesh-tearing bites on the bareback. Can you picture the horrible scars and nightmarish marks such a whooping will leave not only on his physical body but also on his soul?
Apostle Paul was subjected to this cruelty five different times by the Jews and three times by the Romans all because of his faith in our Lord Jesus Christ. On eight separate occasions, Paul was beaten for preaching the Gospel. And yet, he was not deterred. After every beating, he got back up and went right back to preaching the very same Gospel to the very same people who inflicted the punishment on him.
Does Paul in any way resemble any modern-day “anointed” preacher you know? Is Paul’s excruciating experience the type of Christianity preached in the Churches today? Is 2 Corinthians 11:23-27 any where close to what you hear at the Holy Ghost nights, deliverance crusades, and the instantaneous miracle meetings on Zoom or whatever where people go to get the desires of their heart met and find solutions to all their life’s troubles?
Whereas contemporary Apostles assert that if you pray 50 hours straight, you’d acquire so much anointing and power to overcome all odds and adversities. Yet, not once did Paul tap into this apostolic anointing power pool to escape getting whooped eight times with thirty-nine lashes. At no time did he deploy his anointed power to avoid being shipwrecked or stripped of his meagre belongings by armed robbers.
Whereas the “anointed” ministers of today teach you to sow seeds to become extraordinarily rich. But Apostle Paul was hungry and thirsty perpetually, he owned no mansion, and lived a pretty wretched and miserable life materially. Perhaps, the man who wrote at least 13 Books of the Bible and was once caught up to the Third-Heavens where he heard unspeakable things didn’t understand the “Law of Sowing and Reaping.”
This same Paul who was full of the Holy Spirit was buffeted all around and endured great sufferings for the cause of the Gospel. The heavily anointed Paul was poor, homeless, and helpless on many occasions. He must have been clueless about how to use the “Word of Faith” to move the hand of God to avoid experiencing the calamities he listed in 2 Corinthians 11:23-27.
Take a moment and reflect on 2 Corinthians 11:23-27. Then, ask yourself the question:
1) Am I being fed with the true Gospel?
2) Is it possible that I have been hoodwinked all this time?
3) Can Christianity really be about getting all my wishes met and overpowering the witches and wizards impeding my progress?
4) Is life not more than food and the body more than raiment?
5) Are my heart desires focused on the wrong things?
6) Have I been storing up my treasure on earth for the moths and vermin to corrupt?
7) Am I following after God or after what God gives?
8) Do I truly believe in God?
9) Am I a Christian, really?
10) Which road am I on...the narrow road to life or the broad one to destruction? Which is it?
You are not answerable to me. Just be honest with yourself. Know that you can’t hide the truth from God. He sees your heart and knows those who are truly His.