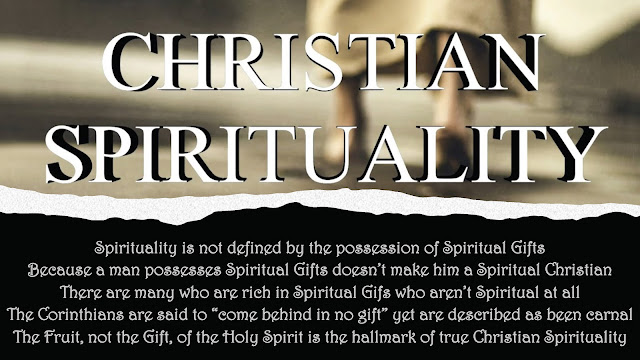 By Akin Ojumu
Silverware is the currency of success in football and the successful football club is one whose showcase is full of silverwares. You don’t have to go far to ascertain the veracity of that statement. Just ask the long-suffering fans of Tottenham Hotspur Football Club, London. Those poor blokes will give an arm and a leg, and even their eyes, just to win a silverware, even if it’s the lowly Community Shield.
Oops! I digress. Now, back to the subject.
Not unlike football, there’s also a currency of success in Christianity i.e., an objective measure of triumphant Christian living. I’m talking about Spirituality. You can determine, with a high degree of accuracy, who’s really a Christian by the depth of the person’s spirituality. The mark of a true Christian, and the currency of successful Christianity, is spirituality.
At this point, you must be thinking, “What?!!!” Silverware? Currency? Spirituality? Bro, what in the world are you talking about? Well, you aren’t alone. I ask myself the same question, in much more colorful terms, from time to time.
Again, I digress.
Spirituality is such a loaded word. It stirs up vivid imagery in the mind of the average Christian. Permit me, if you will, to paint a portrait of what most Christians consider a spiritual man, and thus, a highly successful and/or good Christian. By the time I’m done with the coloring and shading, and you look at the finished canvas, you are sure to immediately recognize the men and women you’ve always reckoned as spiritual Christians, and who knows, it might even be your face staring back at you.
To many Christians, the spiritual person is someone who exudes charisma, oozes power, and prays for long hours. In the eyes of many Church folks, someone is spiritual when he preaches with captivating eloquence and talks about the different dimensions and deep secrets. The term “Spirituality” is almost always synonymous with someone whose proficiency in speaking in tongue is so deep and vast that his tongue speaking comes in varying degrees and in dialects of angels.
The spiritual man, of course, makes repeated roundtrips to heaven where he is ushered into the Throne Room of the Most High God for tete-a-tete. This person often hosts the Lord Jesus in his bedroom at regular intervals, has been visited by angels on numerous occasions even while taking a dunk, and he is on a first name basis with these celestial messengers.
The spiritual man receives revelations from the celestial realms by way of dreams, visions, and flashes. He’s perpetually tuned in to the heavenly frequency where he is privileged to hear deep things that lesser men dare not hear.
Likewise, the spiritual man receives messages directly from God Himself on a variety of issues, ranging from the mundane like, who will win the Premier League this season or what color of underwear to wear for the job interview, to the spectacular such as the exact date and time the rapture will take place and exact location where he and his family will be when the saints of the Lord are caught up to meet Him in the skies.
This man also has the power to heal of kinds of maladies, including but not limited to headache, back pain, and muscle strain. He might even have restored sight to the blind man, caused the lame and cripple to walk, and raised the dead on several occasions.
The man painted in the above portrait is the spiritual man to many Christians. It’s such a man that is thought to have in his back pocket the currency of successful Christianity. He is the one that many regard as the anointed Man of God.
Or is it? Are the spectacular phenomena described above what truly makes someone spiritual? Of course, the answer is, NYET! i.e., a flat out No, in Russian! What’s described above, at least some of them minus the wacky and the spooky, are spiritual enablement and special abilities, aka Spiritual Gifts, measured out by allotments to Christians by the Holy Spirit.
These spiritual gifts must never be confused with spirituality, because the two aren’t related. Possessing the gifts doesn’t make anyone spiritual. Just ask the Corinthians. They had spiritual gifts, yet lacked spirituality, profoundly. They were said to “come behind in no gift” (1 Corinthians 1:7), and subsequently, Paul couldn’t speak to them as spiritual “but as unto carnal” (1 Corinthians 3:1). These people were rich in spiritual gifts but were carnal at the same time.
All Christians possess spiritual gifts, whether carnal or spiritual. It’s the presence and the demonstration of the Fruit of the Spirit (Galatians 5:22-23) that makes one a spiritual Christian, and hence, a successful and triumphant Christian. The fruit a man bears reveals his true spiritual identity (Mathew 7:16). It’s the Fruit, not the Gift, that’s the mark of true spirituality.
And back to our football analogy. It is when your wall - well, life, in this case - is full of the Fruit of the Spirit that you can considered a successful and good Christian, a truly spiritual man.