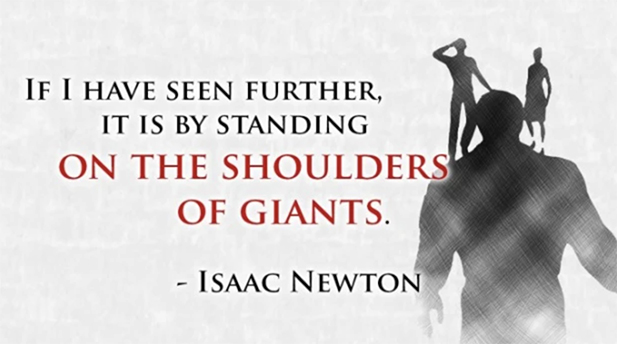 “The Giants On Whose Shoulders We Stand”
By Akin Ojumu
In stark contrast to Peter, Paul, James, and Jude, modern day preachers are known for their propensity for flamboyance. The men of God of our time are characterized by their proclivity for arrogance. Contemporary church leaders are marked by their penchant for preening. We have people in positions of authority in the Church today who, with bloated egos, parade themselves as holy men with direct access to the Almighty God enjoyed only by a select few VIPs.
These are big men of God who often measure their “Bigness” in terms of the square feet of the church building, the number of names on the church roster, how many services are held on Sundays, the size of tithe and offering dropped in the collection basket, and the fleet of private jets in their hangar. Yet, the only thing big about these men is the size of their bloated egos.
In the history of the Church, few names, other than that of the Lord Jesus Himself, command as much respect as that of Peter, Paul, James, and Jude. These four men are the fathers of Christianity. They are the pioneers of the Christian faith and the giants on whose shoulders generations of Christians stand.
In Ephesus 2:20 we read, “Together, we are his house, built on the foundation of the apostles and the prophets. And the cornerstone is Christ Jesus himself.” The apostles and the prophets referenced in this verse, upon whose foundation we are built, are none other than Peter, Paul, James, and Jude, along with the other disciples of Jesus.
By virtue of their standing, stature, and grandeur – being eyewitnesses to the events of the New Testament and the supernatural move of God like the earth had never before seen – you’d think these men would go about with the rarefied air of superhumans, commanding all men to bow before them as demigods, and demanding to be treated as Christian royalties. For these men, such displays of vainglory are not in their DNA.
What becomes quickly apparent about Peter, Paul, James, and Jude, when you study them and their Epistles, is the lowliness and humility with which they regard themselves. All of them, for instance, start many of their Epistles with “So and So, a bondservant of Christ Jesus.”
“Simon Peter, a bond-servant and apostle of Jesus Christ, to those who have received a faith of the same kind as ours, by the righteousness of our God and Savior, Jesus Christ…” (2 Peter 1:1)
“Paul, a bond-servant of Christ Jesus, called as an apostle, set apart for the gospel of God…” (Romans 1:1)
“James, a bond-servant of God and of the Lord Jesus Christ, To the twelve tribes who are dispersed abroad: Greetings.” (James 1:1)
“Jude, a bond-servant of Jesus Christ, and brother of James, to those who are the called, beloved in God the Father, and kept for Jesus Christ…” (Jude 1:1)
Bond-servant, bond-servant, bond-servant, and bond-servant, all 4 of them. That’s how they see themselves.
The Greek word translated into bondservant is “doulos.” It means bondman or bondmaid. The root word means to bind, put into chains, put under legal obligation. Literarily, it refers to someone who is a slave, servant, or someone who wholly surrenders himself to the will of another.
Historically, bondservants or slaves are owned by their masters. They are under the complete authority of their masters. Bondservants have no rights and have no life of their own. Without question, bondservants do whatever the master tells them to do, and they go wherever they are told to go. They cannot take glory in anything other than in the unmerited favor the master bestows upon them.
In describing themselves as “Bondservants of Christ Jesus,” Peter, Paul, James, and Jude are letting the recipients of their letters know that their sole allegiance is to Christ. They are telling them that they have no master other than Jesus. It’s a sign of their total surrender to the authority of Jesus. They were gladly beholding to only one master in a permanent indentured servitude. Their duty was to serve and not to be served. And their service to the Lord was not one they could consider quitting. Just as a bondservant is forever bound in service of his master, these men see themselves as servants who could never leave their master for another.
Unlike modern-day preachers, it is instructive to note that Peter, Paul, James, and Jude never saw themselves as anything special or superior to their fellow believers. For Peter, being the first disciple chosen never mattered. Paul didn’t think of himself as extraordinary because he was specially called by Jesus Himself to take the Gospel to the gentiles. James and Jude never even considered their biological relationship to Jesus as something to brag about or build a ministry on.
For these righteous men, calling, fame and fortune are counted as insignificant when compared to the surpassing value of knowing Christ Jesus. Whatever greatness they achieved they regard as dung, as long as they gain Christ. They see themselves simply as bondservants of Christ Jesus.
Sadly, the same cannot be said of contemporary preachers. Bondservant is not a title the men of God of our day use to describe themselves. More than anything else, modern-day men of God are gods of men who want you to know they are masters with congregations full of bondservants at their beck and call.