PAUL, A BOND-SERVANT OF CHRIST JESUS (PART I) 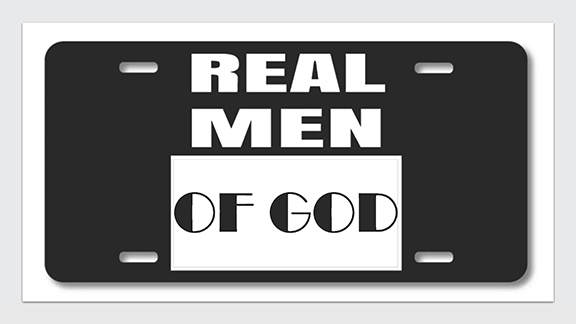 “These are the Real Big Men of God”
By Akin Ojumu
Stories abound of men of God throwing a fit because they were not addressed as “Pastor So and So” but were instead called by the name their parents gave them at birth.
A well sought-after preacher, whose name I will not mention, once refused to preach at a church service to which he was invited as a guest minister because the host church did not pick him up from the airport in a befitting limousine and also failed to lodge him and his entourage in a 5-star hotel.
Then there is the case of the gospel artist. Only a few years ago, this person was still a wet behind the ears chorus leader at the local church. Now that he has hit the big time, he thinks he is some Hollywood celebrity. The other day, the guy was invited to minister at a church pastored by someone who knew in his day of small beginning. Lo and behold, he took offense with the host pastor because the church did not provide him the “appropriate protocol” suitable for his megastar status.
I can go on and on with tales of ordinary Christians who have come to regard themselves as something extraordinary. The Body of Christ is full of empty suits who think more highly of themselves than they ought to think. Ever so often, and at the slightest provocations, these blowhards and windbags – as they are described in 1 Corinthians 13:4 – get pretty mad over even the most inconsequential things. Yet, we know that the size of a man can best be determined by the size of things that make him mad. Only people with small minds fly off the handle by little things.
Which brings me to men like Peter, Paul, James, and Jude. These four individuals were, perhaps, the greatest Christians that ever lived. Peter was an ordinary fisherman when the Lord Jesus called him and his brother. Throughout the 3-year ministry of Jesus, Peter was right there at the center of action. He walked, talked, and sat at the same table with Jesus.
The man called the Rock, was the de-facto leader and spokesman for the disciples. He was a first-hand recipient of the Gospel and a first-hand witness to all the miracles Jesus performed – everything happened before his korokoro eyes…as we say in Nigeria. After the death and resurrection of Jesus, Peter became the head of the fledgling church. He, it was, who preached the sermon at the first revival crusade. And that day there were three thousand souls who got saved right there on the spot. Great miracles were wrought in the hand of Peter. Even his shadow got people healed.
And then there is Paul, the militant take-no-prisoner Pharisee who went about the Roman empire persecuting Hellenized diaspora Jews who had converted to Christianity. He was on such a mission when the Lord Jesus called him to the cause of spreading the Gospel to the gentile world. Paul went on to take four missionary journeys, traveling over 10,000 miles on foot. He was imprisoned frequently, flogged severely, and was exposed to death again and again. Five times he received the thirty-nine lashes of the Jews, three times he was beaten with rods, once he was pelted with stones, three times he was shipwrecked. This same Paul became the most prolific writer in the Bible, writing as many as 13 of the New Testament Epistles.
While James and Jude are little less known than Peter and Paul, they were the biological siblings of the Messiah, being of the same parents as Jesus. James and Jude grew up in the same household as Jesus and they shared childhood experiences with the Lord. Although they initially did not accept Jesus as the Messiah, both went on to become leaders in the early church, with James being the leader of the Jerusalem church. The eponymous Epistles, James and Jude, were written by these devout men.
Without question, Peter, Paul, James and Jude were the authentic “Big Men of God.” If there ever was a Christian who could boast or brag of their importance in the Body of Christ, it is the aforementioned four men.