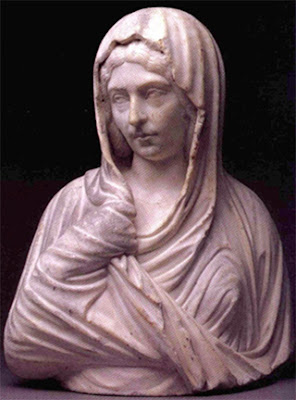 By Akin Ojumu
As the saying goes, the eyes cannot see what the mind does not know. Knowledge tends to open the eyes of the mind. To not know is akin to walking around with a blindfold. Those who don’t know go about bound with the chains of ignorance. Knowledge is the hammer that breaks the yoke of bondage. The knowledge of the truth is the key to living free. This fact of life is attested to even by the Holy Book.
In both the Old Testament (“My people are destroyed for lack of knowledge” Hosea 4:6) and the New Testament (“And ye shall know the truth, and the truth shall make you free” John 8:32), the Bible makes it clear that the lack of knowledge brings destruction, while the knowledge of the truth is what sets people free. This is particularly important when it comes to knowing the truth about what God says concerning issues pertaining to Christian living.
Accurate Scriptural interpretation is the bedrock of the knowledge of the truth of God. Biblical exegesis, as it’s called, is defined as the process of discovering the original and intended meaning of a passage of Scripture. Exegetical theology is crucial to sound knowledge of Scripture.
There are millions of Christians today who are in bondage because of faulty Biblical exegesis. One area in which many are bound is in the doctrine of women head covering. Paul addressed this subject in his letter to the Corinthian church (1 Corinthians 11:2-16) where he instructed women to cover their head when praying or prophesying. These passages of Scripture have, however, been erroneously interpreted by many Christian denominations as God’s command to all women everywhere to cover their head.
This commentary is written to shed the light of truth on this controversial subject, with the hope that the knowledge of truth will set free those who have been bound.
The Corinthian assembly had written Paul asking for guidance on the subject of head covering for women. The reason they needed guidance in the first place was because women in the larger Corinthian society had embarked on a fight for liberation from the yoke of men. A wave of protests had swept the city with women rebelling against the culture of male domination and subjugation.
At Corinth, women were culturally required to be modest. The outward symbols of women's modesty in that society were long hair and head covering. So, it was customary for women to wear head covering as a show of modesty and virtue. It was actually considered a shameful thing for a woman to go about with her head shaven. Only prostitutes at Corinth, of which there were many because of the Temple of Diana, went about without head coverings and with heads shaven.
Corinthian men, on the other hand, were allowed to have shaven and uncovered heads.
In their fight for liberation, the first thing the Corinthian women did was to throw away their head covering in protest. Some even went as far as shaving off their hair completely. For the Corinthian women engaged in the liberation movement, the sign of freedom from the yoke of male domination was to attack the very symbol of women’s modesty, and that was the head covering. Some even left their husbands and entered to polyamorous relationships.
Now, there was this small congregation of Christians right in the middle of the city. As it’s often the case, whatever is happening in the society, sooner or later, will find it’s into the Church. The women liberation protest in the society crept into the Christian assembly. The Christian women latched on to the rebellion going on around them. They too threw away the society’s symbol of modesty and they started coming to Church without head covering. Some of them also got their hair shaved.
This became such a huge concern for the leaders of the nascent Church that they thought they needed to seek Paul’s counsel on the matter.
And this was the context for 1 Corinthian 11:2-16. Paul’s advice was that Christians are to be different from the world. It was imperative for Christians to maintain and demonstrate to the onlooking unbelieving world an attitude of modesty at all times. The women must therefore abide by the standard the society has set for them as a symbol of modesty. In the Corinthian society, that symbol happened to be head covering. So, Paul instructed the women to keep their head covered when praying and prophesying.
Unfortunately, this historical context is lost on many Christian denominations. Lacking this understanding, they impose the head covering mandate on female church members, even in places where head covering is not the society’s symbol of modesty for women.
Head covering, as instructed by Paul in 1 Corinthians 11, was not some mythical thing a woman must do to get their prayers answered or not to burn in hell. Rather, it was simply a call by Paul to the women in the Corinthian assembly not to join in the prevailing rebellion against the symbol of modesty in their society.