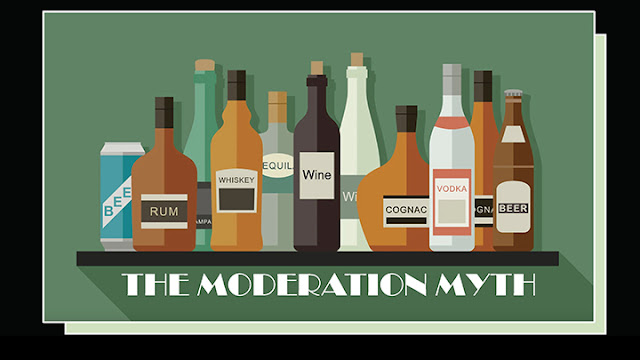 “Moderation in Alcohol Intake is a Myth”
By Akin Ojumu
The point of all this inaugural lecture on alcohol and thesis on the chemistry of fermentation is the fact that you can’t use Scripture to support alcohol drinking in the modern era. Unlike what we drink today, the wine, i.e., Oinos, that was generally recommended and approved for drinking in the Bible was not an alcoholic beverage because the alcoholic content was, depending on the ratio of dilution with water, anywhere from between sub-zero to 2.75 percent which, by today’s standard, does not meet the definition of an alcoholic drink (which is at least 3.2 percent alcohol).
Now, some Pastors would tell you that the Bible does not teach that you shouldn’t drink wine. Well, they are right on that point. It’s quite true that the Bible does not forbid wine drinking. But to stop there and interpret that to mean the Bible supports drinking alcohol in the modern era – perhaps, say, in moderation – is a gross misunderstanding and misinterpretation of Scripture.
There is nowhere in the Bible where we are told it is okay to drink either the new wine i.e, Gleukos (Tirosh) or the unmixed wine/strong drink i.e., Sikera (Shakar). In the Biblical texts where the use of wine is affirmed, what you’d find in all of them is that the word translated wine is Oinos (in Greek) and Yayin (in Hebrew) both of which refer to mixed wine which is completely non-alcoholic and non-intoxicating.
When Jesus turned water into wine in John 2:1-11, the Greek word translated wine was Oinos, i.e., mixed wine, which was not alcoholic. Jesus did not turn water into booze, as one pastor boldly claimed in one of his recent sermons. The wine in John 2 was Oinos, i.e., juice of grapes, with alcoholic content well below that of beer and would not meet the definition of alcoholic beverage in our modern era.
When Paul wrote to Timothy to, “Drink no longer water, but use a little wine for thy stomach’s sake and thine often infirmities,” in 1 Timothy 5:23, Paul was not giving his apostolic stamp of approval for the use of Gleukos (new wine) or Sikera (strong drink) both of which were alcoholic. The Greek word translated wine in 1 Timothy 5:23 was Oinos (mixed wine) which even at 2.25 and 2.75 percent alcoholic content still retained some of its therapeutic effect. Also, it must be remembered that at the time Paul wrote that letter to Timothy, Oinos was used to purify water. Because the water was not always healthy to drink, the Jews used wine (Oinos) to make it safer for drinking.
The Corinthian Christians (in 1 Corinthians 11:17-34) didn’t get drunk during the Lord’s Supper on the communion wine because they served Gleukos (new wine) or Sikera (strong drink) both of which were alcoholic. As a matter of practice for the early Christian Churches, what was served during the Lord’s Supper was Oinos (wine mixed with water which was non-intoxicating).
The reason some of the Corinthians got drunk even on the Oinos was because these individuals would come to the meeting hours before the others and they’d start drinking immediately they got there, and they ended up drinking gallons upon gallons of the Oinos until they became stuporous. It wasn’t the alcoholic content of the Oinos that got them drunk, it was because they “lingered over wine” and consumed it in large quantities after having been drinking all day long.
Waving the flag of moderation, or the so-called balance teaching, in the consumption of alcohol as an acceptable or alternative lifestyle for a Christian contravenes Scripture. Moderation in alcohol use is a myth. Any consumption of alcohol beverage, either moderately or otherwise, has no Biblical support.
Those who twist themselves into pretzels trying to use Scripture to justify their alcohol drinking habit are only looking to sanctify their carnality. They must be reminded that what is moderate for one person can be considered excess for another person. Which then begs the question, where exactly do you draw the line of moderation?