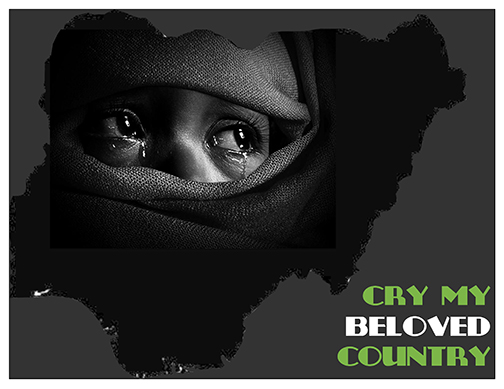 By Akin Ojumu
There is mourning in Nigeria.
Today, thousands of Nigerians including children will be killed by deadly terrorists, and thousands kidnapped by violent armed bandits, that the ruling government has ignored.
With the economy in shambles, more than 40 percent of Nigeria’s able-bodied youths are out of work and left discouraged, despondent, angry, and restless, as they live through the worst economy in years, and look at a future that does not give them any hope.
While the ruling elite continue to live large on the national cake, the hapless citizenry is left on their own to fend for themselves in squalor and abject poverty. On their watch, Nigeria has become the poverty capital of the world with as many as 4 in 10 Nigerians living below the national poverty line.
This afternoon, millions of Nigerians will apply for job vacancies that can fill only 2 vacancies. And with no other means of income and no support from the ruling class, tens of millions will take to the streets begging for alms just so they can provide one meal for their family that day. And with no job being offered or no alms being given, many are giving up hope. Millions more worry that their loved ones won’t survive this hardship and insecurity.
There’s mourning in Nigeria.
And under the selfish leadership of the ruling elite, our country is weaker, sicker, and poorer. Because those who rule us don’t care about us, the roads we travel have become less safe and our places of worship less secure to worship.
And now, Nigerians are asking if we have another 8 years like this, will there even be a Nigeria?
Adapted from the Lincoln Project’s “There’s Mourning in America.”