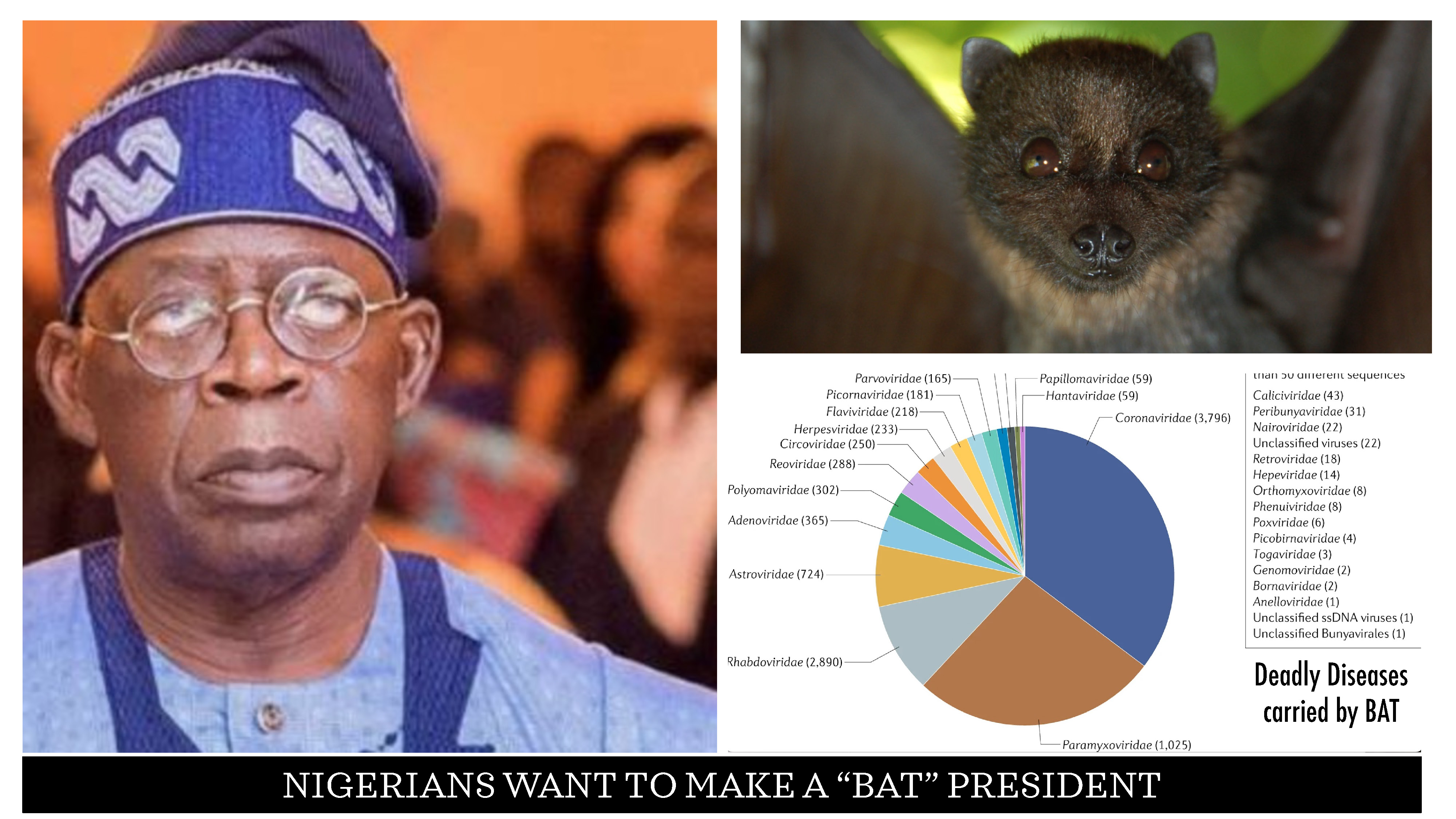 By Akin Ojumu
In 1 Samuel 8:11-12, the LORD sent Samuel to warn the children of Israel of the atrocities the king they demanded would inflict on them:
“This is what the king who will reign over you will do: He will take your sons and make them serve with his chariots and horses, and they will run in front of his chariots. Some he will assign to be commanders of thousands and commanders of fifties, and others to plow his ground and reap his harvest, and still others to make weapons of war and equipment for his chariots.”
Now that Nigerians are toying with the consequential idea of making a BAT the president of their country, they need to be reminded of what that portends for their future.
BATs are sinister and spooky with beady eyes and razor-sharp fangs. They find dwelling in deep damp dark caves where the light of day doesn’t shine. When all other creatures go about their business during the daytime, BATs sleep all day long hanging upside down. It is at nighttime that you would find BATs sneaking around like a thief in the night.
Of all the attributes of BATs, the most sinister is the fact that they harbor many of the most dangerous microorganisms that infect humans. BATs are vectors for deadly pathogens that cause pandemics and epidemics.
Here is a list of a few of the deadly viruses and microorganisms that BATs carry:
SARS-CoV
SARS-CoV-2 (COVID-19)
MERS-CoV
Ebola Virus
Marburg Virus
Nipah Virus
Hendra Virus
Rabies
Histoplasmosis
Salmonellosis
Yersiniosis
From among a teeming population of 200 million people, Nigerians have chosen a BAT to run for president and they seem to be clamoring for a carrier of deadly plagues to rule their land. If that’s not suicidal, I don’t know what is.
There’s still time to make amends and for Nigerians to take a step back from this dangerous precipice. He who has ears to hear, let him hear. But don’t say you weren’t warned.