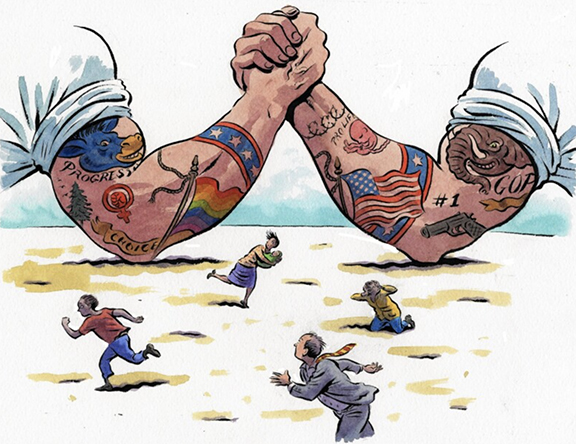 By Akin Ojumu
While it’s true that God mandates morality, it’s also true that God does not force man to live morally. God never coerces anyone to do the right thing. Righteousness is a choice that every man, of his own volition, must make for himself.
Scripture tells us that it is the will of God that all men should be saved and to come unto the knowledge of the truth. Yet, at no time in Scripture did God impose His will on anyone. If it were not so, the world would be a righteous place empty of sinners and absent of sins.
It’s impossible to establish God’s righteousness by compulsion. No country has ever passed laws capable of turning those lost in sin into the light of God’s saving grace. There’s no nation that has been able to win the hearts of sinful citizens to Christ by issuing secular decrees that criminalize iniquities. There’s no place on God’s earth where morality has ever been successfully legislated. There are no ordinances of men able to rid wickedness from the heart of men. Righteousness of Christ has never been brought down in any country through legislative and judicial mandates.
So, those who think that by criminalizing it abortion will end are deluding themselves. The folks on the religious right of the America political spectrum who are engaged in anti-abortion war know very well that passing anti-abortion laws will not stop women from seeking to abort their pregnancies.
In fact, the goal of the anti-abortionists has never really been about stopping abortions in the first place. Their motive is chiefly racial and political; what they are after is political control. They are merely waging a culture war that fans into flame prejudices and hatred against political opponents to win elections.
For many anti-abortion guerrilla fighters, abortion is not about morality, but a political wedge issue weaponized for the purpose of political gains. The leaders of this insurgency have never really cared abortion. In fact, they once saw nothing wrong in a woman seeking abortion. When Roe became law 50 years ago, they saluted the decision, holding the view that it was the right of a woman to make decisions about her own reproductive well-being.
“Today I have given you the choice between life and death, between blessings and curses. Now I call on heaven and earth to witness the choice you make. Oh, that you would choose life, so that you and your descendants might live!” (Deuteronomy 30:19).
The story of the children of Israel in the wilderness is instructive for the entire human race. In their 40-year journey, they saw the power of God in full display. Time and time again, they were witnesses of God’s divine intervention. These people had front-row seat for some of the greatest supernatural occurrences in human history.
Yet, they were rebellious to the laws of God written directly by the hand of God on a tablet of stone delivered to them through Moses on Mount Sinai. Neither the thundering voice of God nor the fire and smoke that bellowed was sufficient to persuade them to choose righteousness. The blood of bulls and goats could not take away sins from their stony hearts. Given the choice between life and death, the Israelites chose death all the time. Lacking the ability to choose blessings, they always defaulted to curses.
Herein lies the paradox of the human race. God leaves it to man to choose between right and wrong, but man is incapable of making the right choice. No matter how hard he tries, man always chooses wrong. The basal nature keeps tripping him up. For man to do right, it takes God stepping in and help him. Apostle Paul said as much in Ephesians 2:8: “For by grace you have been saved through faith. And this is not your own doing; it is the gift of God.” It is by the grace of God that man makes the right choice.
Christianity is not about passing secular laws but about preaching Christ’s Gospel. God has not called Christians to become anti-abortion crusaders. Believers in Christ have only been commissioned to lead people to Christ by giving them the Good News. It’s only the Word of Christ that brings righteousness to a heart full of sin. Salvation is in the Gospel and the Gospel alone. And that’s all God has commissioned believers to preach.
Having the mind of Sarah who wanted to help facilitate God's promise by giving Agar her servant to have sons for Abraham, and possessed with the audacity of Uzzah who reached out and took hold of the ark of God to stop it from falling off the back of the oxen in which it was being carried to the Temple of God, culture crusaders and anti-abortion warriors erroneously believe God is helpless is bringing about His righteousness upon the earth.
At the core of the culture war is a profound faithlessness. It’s the loss of faith in the transformative power of the Gospel to save that causes many Christians to abandon the Great Commission to instead embrace culture wars. They resort to secular laws and human edicts because they no longer believe the Gospel is sufficient to bring righteousness to the hearts of sinful men.
For no true soldier of Christ will get himself entangled in culture wars if he truly has confidence in the power of God to save through the preaching of His Word.