ANOTHER DARK DAY IN MY FATHERLAND 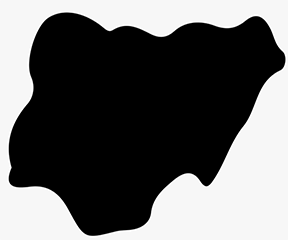 By Akin Ojumu
“For the first time in my adult lifetime, I’m really proud of my country – not just because Barack has done well, but because I think people are hungry for change. I have been desperate to see our country moving in that direction and just not feeling so alone in my frustration and disappointment.”
That was Michelle Obama back in February 2008 while campaigning for her husband and then presidential candidate, Senator Barack Obama. She was expressing her pride in her country as she saw the change that was happening with the election of the first black President of the United States becoming not a figment of her imagination but a real possibility.
As I watch the unfolding travesty of the presidential primary of the All Progressives Congress (APC), I couldn’t help but think of what Mrs. Obama said about her own country more than 14 years ago and wishing I could say the same about my own Fatherland. Instead, what I’m seeing is a clown show of predatory, frail, old, expired, incompetent, and clueless presidential aspirants parading themselves as the best thing that will happen to Nigeria since sliced bread.
Here we are, another election cycle, another recycling of the same old jibitis, barawos, and onye ohis. There is the infirm dotard with sticky-fingers who seems to get his limp johnnyboy up by bleeding a whole state dry. We have the gap-toothed doctor who, blinded by his unhealthy ambition, will sacrifice integrity for a place at the seat of power. Amongst them is the thug from Rivers State who has done nothing else in his life but contest for political office. You can’t miss the Senator turned prayer warrior who, as governor, erected a N700 million hand of god monument in his state while the salaries of state government employees had not been paid for months. Not to be left out is the flip-flopping man of God who keeps hearing conflicting messages from God and doesn’t seem to be able to make up his mind whether to step aside, step down, step up, or just shut up.
Watching the charade this evening, my sadness knows no bounds and my rage boils over like volcanic eruptions. I'm heartbroken and shattered beyond belief. Particularly painful to watch are hapless Nigerians – all victims of the devastation this criminal gang of unscrupulous politicians have unleashed on their nation – prostrate and crawl on the ground before the same old fools raping their motherland, violating their fatherland, and running it all to the ground. To see the casualties of a perpetually mismanaged nation jubilate and jump for joy over politicians who urinate and defecate on their destiny is excruciating to watch.
It’s as if Nigerians suffer from the mental disease known as the Einstein Insanity. We keep doing the same thing over and over again, and yet we expect the result to turn out differently.
I can't even remember the last time I was happy about my country and its future. It’s especially gnawing when you think of the MAGA nonsense going on here in this foreign land where I’m a sojourner. I wish every day I could pack it all up and go back home, but my home is not a safe or sane place to go back to.
My brother and friend from my High School days, Okey Obasi, tells me not to give up...to keep praying for Nigeria...maybe, just maybe God will hear the silent cry of the people.
I really wish I could assure my brother that I will pray. I really wish I could hold out hold for a turnaround. But it is pretty difficult for me to do when I continue to see the same people who have been kicked around and about like useless football don’t even seem to want a turnaround themselves.