TOWARD A MORE PERFECT UNION 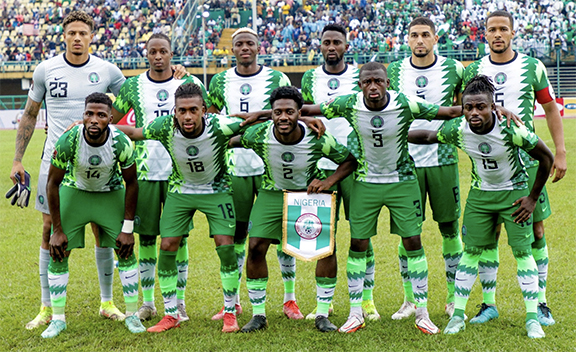 By Akin Ojumu
Since Nigeria became an independent nation, it has had 13 heads of state. Nine of which were Hausa-Fulani, 2 Yorubas, and 1 each of Niger-Delta and Igbo origins. The only head of state of Igbo extraction Nigeria has had was Johnson Aguiyi-Ironsi, and that was by mere happenstance. General Aguiyi-Ironsi assumed the role of head of state for a measly 194 days just to fill the leadership vacuum created by the 1966 botched military coup that led to the death of the civilian Prime Minister, Abubakar Tafawa Balewa.
The following is a roster of Nigeria Heads of State:
(1) Abubakar Tafawa Balewa (Prime Minister)/Nnamdi Azikiwe (President)
(2) Aguiyi Ironsi (Military)
(3) Yakubu Gowon (Military)
(4) Murtala Muhammed (Military)
(5) Olusegun Obasanjo (Military)
(6) Shehu Shagari
(7) Muhammed Buhari (Military)
(8) Ibrahim Babangida (Military)
(9) Ernest Shonekan
(10) Sani Abacha (Military)
(11) Abdulsalami Abubakar (Military)
(12) Olusegun Obasanjo
(13) Umaru Yar’Adua
(14) Goodluck Jonathan
(15) Muhammed Buhari
Understandably, some may read this list and want to argue that Nnamdi Azikiwe, an Igbo, was Nigeria President from 1963 to 1966. Those who advance such an argument ignore the fact that, as the Prime Minister, Abubakar Tafawa Balewa was the de facto head of state and head of the government in that parliamentary system of government and not Azikiwe, who was the President. So, technically, Azikiwe was never the head of state of Nigeria.
It’s 62 years since Nigeria gained independence from the British. Yet, no Nigerian of Igbo extraction has emerged Nigeria head of state ever since Aguiyi-Ironsi’s short spell in the position. Of the 2 major parties in Nigeria since 1999, none has fielded on top of the presidential ticket an Igbo. On the 3 occasions that one of the two major parties have had an Igbo running mate, the party lost the election. Since 1999, Nigeria has neither had a President or Vice President of Igbo origin.
1999 Presidential Election
Olusegun Obasanjo/Abubakar Atiku vs Olu Falae/Umaru Shinkafi
2003 Presidential Election
Olusegun Obasanjo/Abubakar Atiku vs Muhammadu Buhari/ Chuba Okadigbo
2007 Presidential Election
Umaru Yar’Ardua/Goodluck Jonathan vs Muhammadu Buhari/ Edwin Ume-Ezeoke
2011 Presidential Election
Goodluck Jonathan/Umaru Sambo vs Muhammadu Buhari/Tunde Bakare
2015 Presidential Election
Goodluck Jonathan/Umaru Sambo vs Muhammadu Buhari/Yinka Osinbajo
2019 Presidential Election
Atiku Abubakar/Peter Obi vs Muhammadu Buhari/Yinka Osinbajo
The 2022-2023 election cycle has kicked off in earnest. On Saturday, May 28, 2022, the People’s Democratic Party (PDP) held its presidential primary. Leading up to the primary, the hope of many Nigerians had been that it was going to be different this time around. As we approached the current election cycle, the prevailing sentiment within the two major political parties was that after a 2-term, 8 years of a Northern president, it was the turn of the South to lay claim to the presidency. Embedded within zoning agreements cum arrangements of both political parties is the rotation of the choice political offices among the country’s various geopolitical zones. In the spirit of fairness and justice, it was the right thing to do.
With the number of Igbo candidates vying for the top spot in the PDP presidential primary, the expectation was that there was a darn good chance an Igbo would emerge as the presidential candidate. If that happened, it would mark the first time since 1999 a major political party in Nigeria would pick an Igbo as its flag bearer.
Alas, hope, again, has been deferred and many a heart has been made sick. Obstinately rooted in the past, the PDP picked Abubakar Atiku, another Northerner, as its candidate for the 2023 presidential election. Once again, history repeats itself. The yearning for an Igbo presidency has been dashed, given the fact that the All People’s Congress (APC) is most likely to select a Yoruba man as its presidential candidate.
Much worse than the dashed hope of having an Igbo on top of the presidential ticket of a major party in Nigeria is the actual breakdown of the result of PDP presidential primary election. A total of 767 delegate votes were accredited for the primary election. There were 5 Igbo presidential candidates running. Out of the 767 accredited votes, the Igbo candidates had a combined total of 16 votes i.e., 2 percent. Two of the 5 candidates recorded zero vote.
The Igbos have served Nigeria loyally and have represented the country patriotically. These industrious people have distinguished themselves in many fields of human endeavor. In education, medicine, science, technology, commerce, banking, sport, name it, the Ndigbo have consistently made Nigeria proud.
Take for instance the 28-man squad that represented Nigeria in the AFCON 2022 competition. Sixteen (16) of the boys were of Igbo origin. To put that in context. While the Igbos make up only about 18 percent of the Nigeria population, nearly 60 percent of the Nigerian football squad at AFCON 2022 was Igbo and these were their names:
(1) Maduka OKOYE
(2) Wilfred NDIDI
(3) Frank ONYEKA
(4) Henry ONYEKURU
(5) Chidera EJUKE
(6) Kelechi IHEANACHO
(7) Moses SIMON
(8) Daniel AKPEYI
(9) Samuel CHUKWUEZE
(10) Alexander IWOBI
(11) Chidozie AWAZIEM
(12) Kenneth OMERUO
(13) Francis UZOHO
(14) Kelechi NWAKALI
(15) John NOBLE
(16) Olisa NDAH
One nation bound in freedom, peace and unity. To build a nation where peace and justice shall reign. Unity and faith, peace and progress. These are the words in both the Nigeria national anthem and the coat of arms. Unless Nigerians start to live up to their best ideal as a nation, these words amount to nothing but mere slogans.
When one ethnic group is perpetually denied the opportunity to rise to the highest office in the land, Nigeria cannot achieve freedom, peace, or unity. As long as it remains impossible for an Igbo to become president of Nigeria, the country will not experience meaningful progress. There’s no fairness or justice in the marginalization of an ethnic group. For Nigeria to become a better union, the road to Aso Rock must become a level playing field.