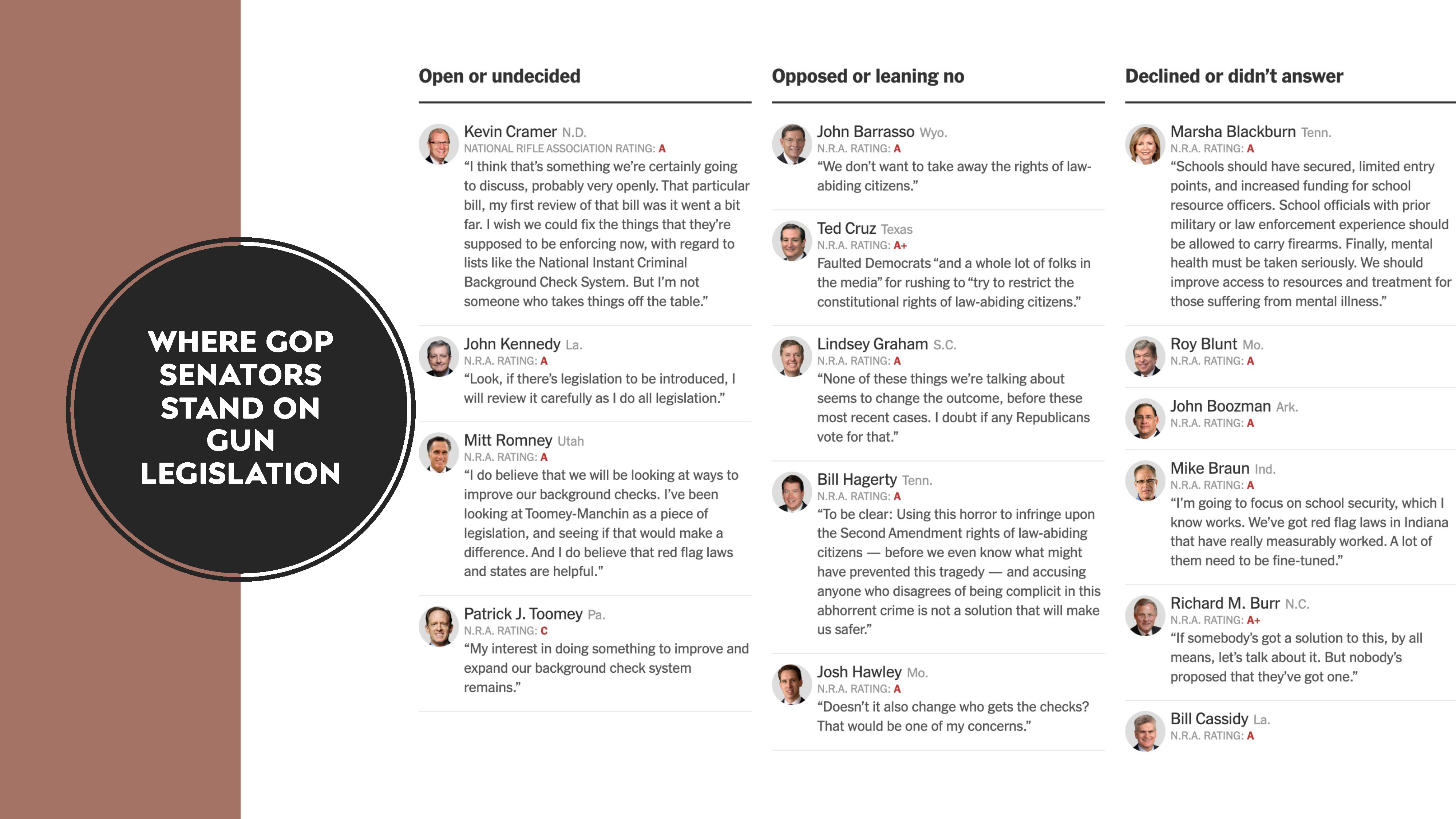 Members of the Republican Party fancy themselves as pro-god. Indeed, they are. They are worshippers of a “god” – the god of guns and instruments of mass murder.
As faithful followers of the gun god, they loyally and dutifully sacrifice American children in burnt offerings. In a ritualistic orgy, they drink the blood of the innocent and eat the shredded flesh of slaughtered citizens.
If you think I’m being hyperbolic, all you need to do to know that I’m deadpan serious is to check out where many of them stand on the proposed legislation that’ll make background checks a requirement for the purchase of firearms in the USA. This is a simple, commonsense law supported by an overwhelming majority of Americans. Majority of Republicans in Congress oppose it anyway.
The New York Times reached out on Wednesday to all 50 Republicans in the Senate to see whether they would support a pair of House-passed measures to strengthen background checks for gun buyers.
Within hours of the elementary school shooting in Uvalde, Texas, Senate Democrats moved quickly to clear the way for possible votes on the two bills.
The legislation would expand criminal background checks to would-be purchasers on the internet and at gun shows and give the F.B.I. more time to investigate gun buyers flagged by the instant background check system.
The vast majority of Republicans have opposed gun safety legislation for years, banding together to block its consideration or refusing to bring it up.
Most Republicans who have responded to The Times so far have either declined to take a position or signaled they would oppose the measures, citing concerns about infringing on the rights of gun owners. (New York Times.)
Here’s a sample of the responses of the GOP Senators all of whom have A ratings or higher from the National Rifle Association (NRA).
Ted “Rafael” Cruz, Texas (NRA Rating – A)
“Democrats and a whole lot of folks in the news media are trying to restrict the constitutional rights of law-abiding citizens.”
Lindsey Graham, South Carolina (NRA Rating – A)
“None of these things we’re talking about seems to change the outcome, before these most recent cases. I doubt if any Republicans will vote for that.”
Tom Tuberville, Alabama (NRA Rating – A)
“I’m willing to say that I’m very sorry it happened. But guns are not the problem, OK? People are the problem. That’s where it starts – and we’ve had guns forever. And we’re going to continue to have guns.”
Bill Hagerty, Tennessee (NRA Rating – A)
“To be clear: Using this horror to infringe upon the Second Amendment rights of law-abiding citizens – before we even know what might have prevented this tragedy – and accusing anyone who disagrees of being complicit in this abhorrent crime is not a solution that will make us safer.”
Tom Cotton, Tennessee (NRA Rating – A)
“I have no comment on that.”