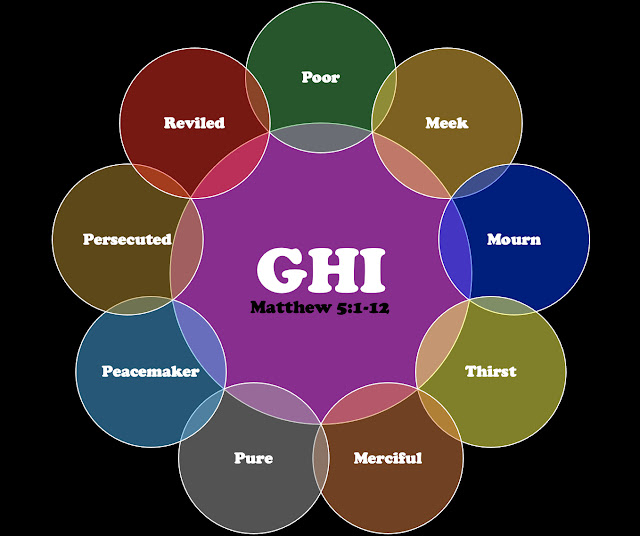 “Blessed are the Persecuted, Reviled, and Insulted”
By Akin Ojumu
In a phenomenal way, the heavens indeed proclaim the glory of the LORD, and the firmament puts on a display of His master craftsmanship. Beyond the heavens and the firmament, though, the supreme majesty of the Almighty God is also fully evident in His written Word. A pulsating harmony courses through the pages of the Holy Book, and a sonorous symphony reverberates across the 66 books of the Bible. The chapters and the verses all beat together to produce a rhythmic melody so powerful that it can transform the life of anyone who allows the sound of life to penetrate deep into their soul.
The writer of the Book of Hebrews said it the best:
“For the word of God is quick, and powerful, and sharper than any two-edged sword, piercing even to the dividing asunder of soul and spirit, and of the joints and marrow, and is a discerner of the thoughts and intents of the heart.”  (Hebrews 4:12).
It becomes quickly obvious, going through the pages of Scripture, that no ordinary mind could have put this Book together. What we have in our hands is the most beautiful Book ever compiled. It is the inerrant, infallible, and inspired Word of God. When the Bible comes alive in you, it simply blows the mind away.
That the Holy Spirit is the source and author of the Bible is evident in the four Gospels. United in intent, but unique in perspective, each Gospel writer presents a different picture of the life and work of Jesus (Rebecca Van Noord, Bible Study Magazine). Matthew presents Jesus as King, Mark shows Him as the Son of Man, Luke speaks of Him as the Healer, and John depicts Him as the Son of God. Each of the Gospels provides a rendering of the character of the Messiah.
It is magnificently awesome. Which is why the pervasiveness of motivational speeches that has taken hold in modern-day Christianity never ceases to amaze me. Rather than feed people with the living Word, “men of God” everywhere pump their audience with pep talks and rousing oratory full of human wisdom – “educated sermon,” as a friend described rightly it – which titillate the ears but are incapable of penetrating the barrier of sinful souls.
In the Sermon of the Mount, the King of kings presented to the world His royal manifesto. The “Blessed” people in the Beatitudes aren’t the powerful and the successful. Those considered blessed in Matthew 5 aren’t the prosperous and the famous. The blessed people, by God’s standard, aren’t the Gucci crowd or the Chanel lovers. In the sight of God, pastoring a megachurch, owning a private jet, living in a palatial mansion, being an alpha male, or married to a gorgeous babe aren’t listed as measures of blessedness.
The blessed in God’s kingdom are the spiritually poor, mournful, humble people who are hungry and thirsty for righteousness. These are folks who are eagerly merciful and whose hearts have been cleansed of the filth of sin. Having been redeemed from the clutches of sin, they do not hesitate to tell others the truth, show them the errors of their ways, and plead with them to reconcile with God. Those who exhibit these traits and live in this way are the true citizens of God’s kingdom.
8. Blessed are those who have been persecuted for the sake of righteousness, for theirs is the kingdom of heaven (Matthew 5:10)
You can’t live righteously and not be hated vigorously. Those who live in a godly way in Christ Jesus will most certainly provoke a furious reaction from the sinful world. Such people are bound to be demonized not only by the world, but even by those with whom they supposedly share a common faith. For daring to go against the grain of their customs and traditions, the religious establishment will pour the venom of hate on them.
9. Blessed are you when people insult you and persecute you, and falsely say all kinds of evil against you because of Me (Matthew 5:10)
The folks who pattern their lives after the Beatitudes show they are in the world but not of the world. And for daring to be set apart for God and be different, they are buffeted with persecution and maligned in every way possible. They are the butt of cruel jokes, targets of great derision, and recipients of silly insults. Everyone who names the name of the Lord, and who keeps away from evil, will be called names. You can’t live for God and not face the wrath of the world. It comes with the territory.
Next time we’ll discuss the impact on the world of living out the Beatitudes.