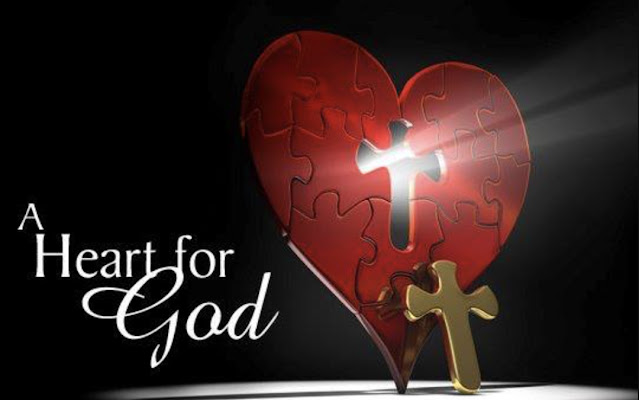 “Create in Me a Pure Heart, O God!”
By Akin Ojumu
To the people gathered around the Palestine hillside that fateful day, Jesus’ words hit them like a ton of bricks. The Beatitude sermon was like nothing they’ve heard before. The spiritual leaders – the “men of God” – of Israel had conditioned the people to believe that righteousness was attained only by sheer grit and human effort. The people saw themselves as godly by virtue of their performance of religious rites and sacraments. They believed they were a tiny oasis of godly people in a desert of heathen gentiles.
Then they heard the Sermon on the Mount, and their spiritual pride took a dagger to the heart. Contrary to what they knew, the kingdom of God belonged to the spiritual destitute, God’s comfort was for those who mourn their spiritual poverty, the earth would be inherited by meek and humble, the spiritually satisfied were those who hungered and thirst after righteousness, mercy was for the merciful, those who’d see God were those whose hearts were pure and uncorrupted, and the true sons of God were the ones who made it their mission to seek and make peace.
The Sermon on the Mount modeled the truly “blessed”. The truly happy recognizes his spiritual poverty, mourns as a result, becomes gentle and meek, then hungers and thirsts for righteousness. Having been so broken and humbled by his spiritual destitution, his hunger and thirst for righteousness cause him to appreciate that he is a recipient of underserved mercy, and so he learns to be generously merciful himself. The generosity in mercy rids his heart of filth to make him pure. With a pure heart, he goes about creating pockets of righteousness by proclaiming the truth of God which in turn leads others to evaluate their sinfulness, turn their lives around, and have peace with God.
5. Blessed are the merciful, for they will receive mercy (Matthew 5:7)
Being the beneficiary of God’s mercy, the man who has obtained mercy learns to extend mercies to others. Such a person does away with cold orthodoxy, unfeeling religiosity, and shallow piety. His worship is no more in the service of performance and routine. He is not cocooned within his own theology or focused on defending dead doctrine. Instead, he reaches out with open arms of genuine love and sincere fellowship to the world around him. He eschews pious self-righteous disdain for the “godless gentiles” and all those considered less spiritual. He puts himself in other people’s shoes and empathizes with lost sinners.
6. Blessed are the pure in heart, for they will see God (Matthew 5:8)
“Who may ascend onto the hill of the LORD? And who may stand in His holy place? One who has clean hands and a pure heart, who has not lifted up his soul to deceit and has not sworn deceitfully.” (Psalm 24:3-4).
This man who is poor spirit, who mourns, who is gentle and meek, who hungers and thirst after righteousness, and who is merciful to others, is a man with a pure heart. His heart is cleansed from filth and iniquity and sin has lost its power and influence over him. As someone whose heart is singularly devoted to God, he’s a man consumed by the things of God’s kingdom, and he seeks to please God in everything. This is a man of spiritual integrity who has an undivided loyalty to his calling as an ambassador of God’s kingdom in a fallen world.
7. Blessed are the peacemakers, for they will be called sons of God. (Matthew 5:9)
The spiritual poor, mournful, humbled person who is hungry and thirsty for righteousness, and whose heart is cleansed of the filth of sin, is one who will not hesitate to tell others the truth, show them the errors of their way, and plead with them to reconcile with God. As a beneficiary of God’s mercy himself, he understands the terror that awaits those who kick against the goads. So, he persuades men to make peace with their maker, beseeches them to turn away from sin, and calls on them to embrace the righteousness of Christ.
No one lives according to the Beatitudes without paying a hefty price. Next time, we’ll discuss the costs of living like a citizen of God’s kingdom in the kingdom of this world.