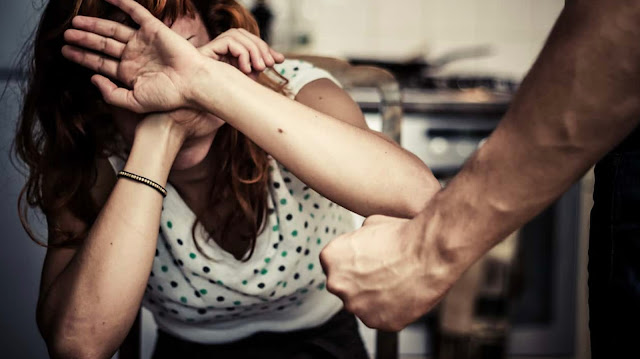 “If You Think Your Abusive Spouse is a Believer, Think Again”
By Akin Ojumu
Apostle Paul used his numerous epistles to the various Churches to teach sound doctrine and impart spiritual knowledge. 1 Corinthians 7 was Paul’s teaching on marriage and divorce, two subjects of which the Corinthian Christians had loads of real-life questions in need of practical applications to the messed-up relationships that existed among the congregation.
We’ve already examined Paul’s instructions that the unmarried, the widows, as well as the virgins could marry if they couldn’t exercise self-control. Additionally, we discussed his command to the married not to divorce their spouses, but that if they did divorce, they were to stay unmarried or reconcile.
The next question Paul fielded was that of the marital-discordant couples. i.e., those in marriages in which one of partner is a believer and the other is not. We read his answer in 1 Corinthians 7:12-16:
“But to the rest I say, not the Lord, that if any brother has an unbelieving wife, and she consents to live with him, he must not divorce her. And if any woman has an unbelieving husband, and he consents to live with her, she must not divorce her husband…Yet if the unbelieving one is leaving, let him leave; the brother or the sister is not under bondage in such cases, but God has called us in peace…”
This passage is specific to marital-discordant couples which, as we’ve already mentioned, was a situation where a Christian is married to a non-Christian. And there were many in such relationships in the Corinthian assembly. These were marriages that predated conversion to Christianity. But now, the believing partner wanted to know whether they should or could divorce their unbelieving spouse. Paul’s instruction was that the Christian should stay in the marriage if the unbelieving spouse “consents” to live with them “in peace.”
To understand Paul’s instruction here and how it applies to the diverse marital upheavals that exist in our societies today, we must carefully examine what Paul actually said in these verses and define some of these terminologies.
Who is a “Believing Husband” and a “Believing Wife”?
A Believer is someone who has renounced his old life and repented of past sins. This person's life is now totally and fully surrendered to Christ. He’s empowered by the indwelling Holy Spirit to live a new life that is pleasing to God. This is the individual Paul considered a “Believer.” And a believing husband or wife, in the context of 1 Corinthians 7, is someone who meets all of these criteria. Any spouse whose life does not reflect any of these attributes is an unbeliever regardless of what the person claim.
What Does “Consents to Live with Him or Her” Mean?
The word consent (“pleased” in the KJV) used in 1 Corinthians 7:12-13 is translated from the Greek word “syneudokeō.” Literally, it means, “to think well with”, to take pleasure with others in anything, to approve of, to assent to. In the context of this chapter, “consents to live with” means a non-Christian spouse who is willing, inclined, agreeable, eagerly desirable, favorably disposed to living with the Christian partner. Such a person agrees to fulfill all their obligations and responsibilities as a co-equal partner in the marriage. This is a willingness to keep the marital vows and abide by the terms of the marital contract.
What Does “God has called us to Peace” Mean?
To live (or dwell in the KJV) in peace means to reside and cohabit with the spouse in a state of tranquility and harmony in the absence of rage and havoc. It’s a state of security, safety, prosperity, felicity, because peace and harmony make and keep things safe and prosperous. It’s a condition in which both partners in the union find their fulfillment and realize their full potential.
What does “Not Under Bondage in Such Cases” mean?
A brother or a sister is not under “bondage in such cases” means they are released from the marital bond. The word “bondage” used here is the same word used in Romans 7:2 which talks about the married woman being bound by law to her husband as long as he is alive. Paul is saying here that, under the circumstances of 1 Corinthians 7:12-16, it’s as though the unbelieving spouse had died, the bond of marriage is broken, and the brother or sister is free from the marriage and they can remarry.
Paul instructed the Corinthians that a Christian who is married to an unbeliever should not seek divorce as long as the unbelieving partner consents (or is pleased) to live with the Christian. However, if the unbelieving spouse decides to end the marriage, Paul said the believer should let them go and the marital bond is broken.
In essence, Paul is saying if the unbelieving spouse initiates the divorce, the believing partner should not fight it. Since the unbeliever is withdrawing their consent, the believer is to let them go. If the unbelieving spouse wants to leave (i.e., divorce) let them leave, God has called us to peace.
Next time, we’ll examine, in greater detail, Paul’s instructions to the Corinthians on marital-discordant couples to see how they can be applied to some of the marital challenges that confront us today.