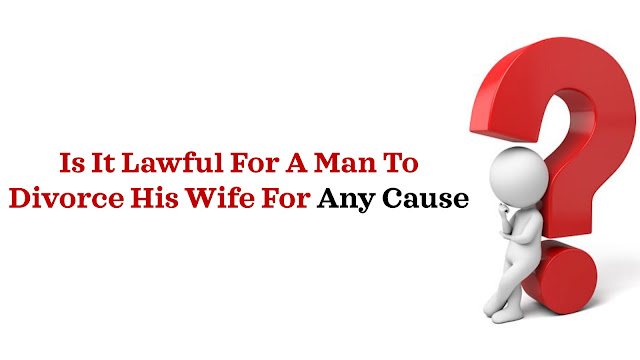 “The Any Cause Divorce was an Invention of Reprobate Minds”
By Akin Ojumu
For me, nothing is more exhilarating than discovering the truth of God’s Word. Whenever the Holy Spirit turns on the light bulb in my mind and reveals a hidden truth in a passage that I’ve read ad infinitum and ad nauseam, it sort of gets my juice flowing like a fast-moving flood. It’s like ripping off the veil of ignorance and tearing to pieces the scale that has blinded the eyes of my understanding up till that moment in time.
The exhilaration of the revealed truth in God’s Word turns into a wholesome liberation when the revealed truth is adopted, and it becomes a way of life and a manual for living. The chain of ignorance is broken, and I mount up with wings like eagles soaring to a higher level of walk with God. The truth heals, the truth sets free, and the truth builds us up.
Our Lord and Savior attested to this very fact in John 8:31-32:
“If you abide in my word, then you are truly disciples of mine; and you shall know the truth, and the truth shall make you free.”
Sadly, there are far too many in the Church walking in the dark of the truth of God’s Word. On a wide variety of life’s issues, they simply don’t know what the Bible says. Even those who think they know, what they know is erroneous because they’ve been taught the wrong thing. Having been fed on the human wisdom, and as a result of drinking from the cistern of the philosophy of men, they go about stumbling and bumbling from one issue to another as one in the dark. Nowhere is this far more exemplified than in the issue of marriage and divorce.
Take for instance the response Jesus gave the Pharisees who asked for His position on the “Any Cause” Divorce. This is one of the most misused and abused passages in the Scripture in Christendom today.
We read in Matthew 19:1-12 that Jesus having wrapped up His work in Galilee, and at the beginning of His ministry in Perea, i.e., the land beyond the Jordan, the Pharisees came to test Him with a question on divorce. They set a bait hoping to catch Him so that they could discredit and destroy Him.
Their question was:
“Is it lawful for a man to divorce his wife for any reason at all?”
Quite an innocuous question on the surface. But it was as venomous as the bite of a viper. Jesus saw through the charade though, and He knew their evil intentions. So, Jesus replied,
“Have you not read…?”
Jesus was in a way taunting them here, saying in effect, “You call yourselves the religious establishment and pride yourselves as the spiritual fathers and custodians of the Laws of God. Yet, you don’t know what God said about this. All this time you’ve been going about with your big Torah, you mean you haven’t read that part in the Holy Book?”
Rather than giving them His own opinion on the matter which they could then use against Him, Jesus threw back at them the very Word of God which they could not refute. He reminded them of what God said from the beginning about marriage and divorce. Jesus made it known that the argument about whether a man could divorce his wife for “Any Reason” was not between them and Himself, it was between them and God’s Word.
There is a lesson here for everyone who is a shepherd of God’s flock. The Word of God has the answers to questions of life, and therein lies the solutions to all issues of life. So, like Jesus did in His response to the Pharisees, the shepherds of God’s flock must always point men back to God’s Word. Stop feeding those under your care with human wisdom and desist from stuffing them with philosophies of men.
Now back to the Pharisees and their bad faith inquiry. Just so you understand, the question the Pharisees were asking Jesus was about a specific type of divorce, called “Any Cause” or “Any Reason” Divorce which was the most popular means of getting a divorce at the time.
In those days, there were two major schools of thought on the interpretation of Jewish laws in Israel. These were the Hillelite Pharisees who belonged to the House of Rabbi Hillel, and the Shammaite Pharisees belonging to the House of Rabbi Shammai.
The Shammaites had a more stringent interpretation of the Torah’s divorce requirements, while the Hillelites were more liberal in their interpretation of the Torah on divorce. The “Any Cause” Divorce was the invention of the Hillelite Pharisees. Under the provision of the “Any Cause” Divorce, a man could leave his wife for any reason whatsoever; be it burnt soup, bad breath, loud snores, short hair, too skinny, too fat, whatever.
Since they were always looking for a way to circumvent God’s law anyway, the Hillelite interpretation of the law on divorce was widely preferred by the people. So, the “Any Cause” Divorce became the most popular type of divorce in Israel. It was pretty easy to get, and the petitioning husbands didn’t have to think too hard to come up with “legitimate” reasons why they’d want to give their wives a divorce certificate. With time, when the people talked about divorce in general, they were referring to the “Any Cause” Divorce.
So, this was the context of the question:
“Is it lawful for a man to divorce his wife for any reason at all?”
Next time, we’ll discuss the erroneous interpretation of the Torah that led to the “Any Cause” Divorce and Jesus’ response to the cheeky question.