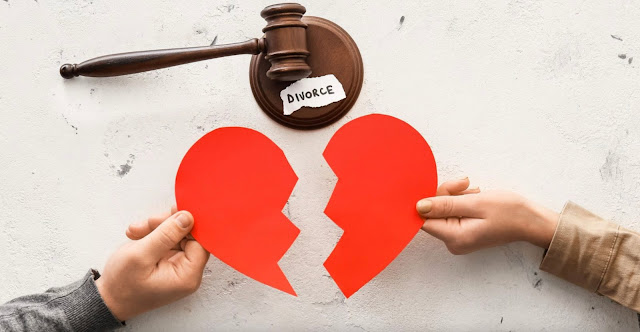 “To the Married Believer I Command, Do Not Divorce Your Spouse”
By Akin Ojumu
Context is key when it comes to interpreting Scripture. An accurate understanding of the Bible is anchored on a contextual, linguistic, and historical exegesis. The reason the Church is filled with erroneous doctrines is because people carelessly handle the Word of God. Failing to interpret Scripture from the foundation of the context, they end up with faulty doctrines which produce corrupted faith, perverted beliefs, and unsteady believers.
This shaky grasp of Scripture is the reason some may read 1 Corinthians 7 and not understand that the “unmarried” Paul was talking about in this chapter was someone who had been divorced from their spouses. If these folks actually study the Bible carefully and not simply regurgitate what their daddies in the Lord told them, they’d have known that the word translated “unmarried” in this chapter is the Greek word “agamos,” which literally means to be “loosed from marriage.”
So, when Paul used the word “unmarried” in 1 Corinthians 7:8-9, he was specifically addressing women who had been “loosed from their husbands,” i.e., “divorced from their husbands” before they came to Christ. Why this is the correct interpretation of the word “unmarried” is also seen in the fact that Paul chose the different words, i.e., “widows” (Greek: chera) and “virgins,” (Greek: parthenos) to describe the other women who weren’t married.
After addressing the question of whether the unmarried, widows, and virgins could marry, Paul turned his attention to the members of the congregation who were already married but who wanted to know whether they could divorce their spouses.
Again, it is important to clarify that in the context of 1 Corinthians 7 the “married” referred to born-again believers who were members of the congregation and already in marital relationships. Unlike the unmarried Christians asking whether they could remarry, these were married Christians asking whether they could get unmarried i.e., divorce their spouses.
Paul’s answer was:
“But to the married I give instructions, not I, but the Lord, that the wife is not to leave her husband (but if she does leave, she must remain unmarried, or else be reconciled to her husband), and that the husband is not to divorce his wife.” (1 Corinthians 7:10-11).
Just so there’s no misunderstanding of what Paul was saying here, it’s important to note that these are specific instructions to married Christians and should not be confused with the instructions Paul gave to the Christian singles i.e., those unmarried by virtue of a divorce; the widows – whose husbands had died; and the virgins – singles of marriageable age but had never married.
Paul instructed the unmarried Christians that it was okay for them to remarry if they could not exercise self-control. His command to the married Christians was that they should not divorce their spouses, but if they did, they had two options. It was either they reconcile with their spouses or stay unmarried. For such people, remarriage was not permitted. A married Christian who divorced their spouse could not remarry, such a person must remain unmarried or reconcile with their spouse.
I hate to disappoint those Christians who thought they could, at the slightest excuse, finagle their way out of their marriages and be able to justify their actions with Scripture or “common sense” – which really is nonsense. My friends, you'd be sorely mistaken. As long as you are a Christian and your spouse is also a Christian, you cannot divorce. If, however, you choose to leave your spouse, the Bible says you must remain unmarried, otherwise, reconcile with your spouse. The only condition for which the married Christian is permitted to divorce is in the case of adultery.
Some may read this and say, “I thought you said in the last commentary that God didn’t want any of His children trapped in an unhealthy relationship?” Kudos to you if you remembered what was said in the last commentary. It means you’ve been following this discourse and paying close attention.
Let me assure you, God does not want His children imprisoned in toxic marriages. Your confusion about the instruction of Paul on divorce to the married Christians will, hopefully, be cleared next time when we discuss Paul’s instructions on divorce to discordant couples. And by “discordant couple” I’m referring to a marital relationship in which one of the partners is a Christian, and the other is not. So, hold your horses and stay tuned.