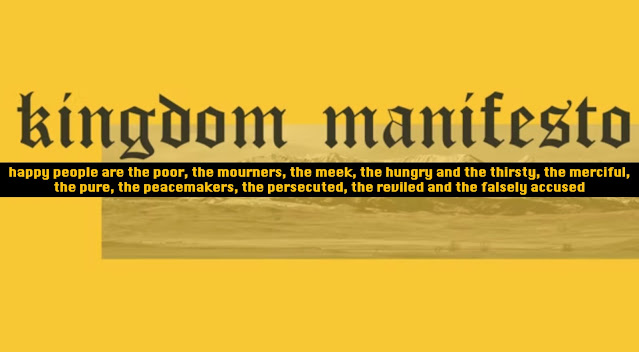 “The Manifesto of God’s Kingdom”
By Akin Ojumu
Launched from the area around the Sea of Galilee, Jesus’s ministry took him around the towns and villages of Galilee. As it was His custom, he went from synagogue to synagogue teaching and proclaiming the gospel of the kingdom. And he healed every sickness and disease of the people.
With neither television advertisements nor radio jingle commercials, his fame spread like wildfire all over Palestine. From all over Israel and even beyond River Jordan, people brought to Him the sick and afflicted, and those possessed of demons. With no made for TV melodrama or Hollywood theatrics, Jesus healed them all.
Everywhere he went, multitudes followed him. Among the motley crowds were the afflicted, those hungry for the good news, the brokenhearted hoping and praying for binding, the captives desperate for liberty, and they were the prisoners pleading for freedom. On this occasion, when Jesus saw them, He was moved with compassion. He went up the mountain, sat down, opened His mouth, and began to teach them. From the mountain top, the King of kings delivered the manifesto of His kingdom in what we now know as the Sermon on the Mount.
In the Sermon on the Mount, Jesus laid down the Statement of Principles of God’s kingdom. These ethos contrast sharply with the principles of the world. The paradox of the Beatitudes demolishes the world's system, and it lays to waste man’s fundamental concept of fulfillment. The principles of God’s kingdom that Jesus enunciated in the Sermon on the Mount is a 360-degree paradigm shift from the principles of the kingdom of this world.
To the world, happiness is getting rich, acquiring stuff, getting on the Forbes’s list, building whopping investment portfolio, accruing humongous nest egg, living large, having all your needs met and then some, getting famous, becoming a celebrity, admired by people, amassing millions of followers on social media, being the talk of the town, doing your own thing, having it your own way, becoming all you can be, etc., etc.
Jesus came and turned all that on its head. He punctured a hole in the generation held beliefs about happiness. To the poor masses gathered around Him on the mountain that day, the Son of man essentially declared, “Happy are the miserable.”
In contrast to the world’s concept, He told them – and us as well – that misery is the key to happiness. The Lord wanted it to be known that the world has nothing to offer but trouble, tribulation, trial, distress, suffering, and sorrow (John 16:33). A cursed earth cannot produce true happiness.
Happiness, in the Beatitudes, is in incongruity to the way the world understands happiness. According to the Kingdom Manifesto, the truly happy people are the poor in spirit, the mourners, the meek, the hungry and the thirsty, the merciful, the pure in heart, the peacemakers, the persecuted, the reviled and the falsely accused.
“For man’s life consists not in the abundance of things which he possesses.” (Luke 12:15).
As humans, we spend the better part of our lives trying to fill the void in our soul with temporary things. Our quixotic quest for happiness takes us to the ends of the earth in search of what will make us happy. Yet, looking for happiness in the world’s goods, is looking for happiness in the wrong place. In the Beatitudes, Jesus lets us know that the tree of happiness does not grow on a cursed earth. Physical things do not touch the soul and spiritual needs cannot be met by physical substances.
The “Blessed” in the Beatitudes is translated from the Greek word “Makarios,” which is an adjective that simply means “happy” or “blissful.” The word comes from a root Makar, which means “to be happy.” Makar means real happiness and not in the world’s sense of happiness based upon positive circumstances. The ancient Greek concept of makar and makarios is a type of happiness, blissfulness, contentment, and blessedness that is not affected by circumstances and situations.
The blessedness – happiness – i.e., Makarios, described in the Beatitudes comes only from God. It is a principle of God's Kingdom and is fundamentally an element of the character of God. To taste this happiness is to partake in the divine nature of God. And it’s only those who belong to God, and are born of the Spirit of God, that are partakers of His divine nature.
The happiness, or blessedness, of the Beatitudes is not a superficial attitude based on circumstance. Rather, it is an inward attitude based upon the very indwelling of the character of God Himself. It is the quietness of the heart amid a raging storm. And it is the oil that brings healing when poured on a wounded spirit. That, my friend, is true happiness.